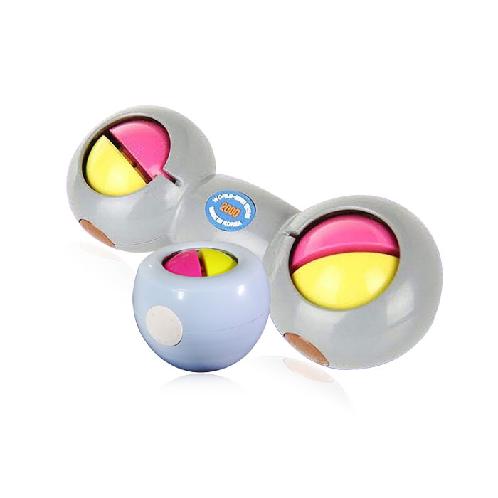 [Product Introduction]
*WORLDBING 2000
This technology realizes two dumbbell type gyro rotors.
An eccentric rotor rotates and revolves at a high speed, generating centrifugal force.
A user can exercise his or her wrist and adjusting the rotational force.
The principle of the wrist exercise is to generate centrifugal for in a circular orbit based on the law of inertia and the principle of acceleration.
Then the user can exercise his or her wrist by holding the force and tossing it.
In starting the project, the user selects one or two rotors and winds the operation string.
By releasing it manually, rotational force and centrifugal force are generated.
Tossing it repeatedly with the writs to rotational rhythms for stronger rotational force speeds up the rotational speed and enhances the centrifugal force.
At this time, the power of turning the wrist can adjust the degree of the rotational force. The product can top rpm 15,000 and 6kg (4x2).
The user can exercise his or her wrist by repeatedly turning it by holding the centrifugal force with the power of the wrist and adjusting the rotational force.
Thus, we developed the dumbbell-type gyro wrist exercise equipment that enables ist user to enhance the flexibility and elasticity of the wrist joint.
*Manual (WORLDBING 2000)
1. Hold the case with the grasp of a hand to show the rotor.
2. Wind the operation string around the winding hole and pull it manually and raise it to over 2,000 rpm.
(This is also starting to touch the palm of your hand quickly once or twice a rotor straight line)
3. Toss the product repeatedly with the wrist for higher rotational power.
4. Do not touch or insert alien materials into the rotor when it speeds up
5. You can adjust the intensity of the rotational force with the power of turning the wrist.
6. During the highest rotation, it can be amplified to rpm and 13,000 and gravity 4kg.
7. Since Model 3000, 4000 has a magnet, separate it from electronic devices.
8. Repair service is not available for products disassembled by users.
9. Pay attention to a shock to the product, wind the string around the rotor and store it safely.
[Keywords]
gyro dumbbell, exercise equipment, wrist exercise

www.w-ing.co.kr Seller_Mail
Introduction
We are a company located in Suwon to develop a sporting goods research for the gyro wrist exercise is the only domestic manufacturer,Intellectual property and innovative technology, it has secured a world-class 2015 Geneva International inventor, won the gold medal in Taipei,Winner of the Best Product Award at the Shanghai Expo, China in 2016. In this product, an eccentric rotor rotates and revolves at a high speed on the same axle, generating centrifugal force. A user can exercise his or her wrist by turning it repeatedly while holding the force with the power of the wrist and adjusting the rotational force. In the future, our company will offer wrist exercise products that can change a paradigm in the wrist exercise product market by developing innovative products. We really hope that our customers become healthy by making good use of this product. We ask for your strong support and good advice. Thank you. Our company is located in Paldal-gu, Suwon-si and manufactures sports goods. Korea's only manufacturer of gyro wrist exercise equipment and possesses the world's best intellectual property and original technology (18 patents besides Chinese patent) Gyro wrist movement means that the eccentric rotor rotates up, down, left and right at the same axis and generates centrifugal force. At this time, the generated centrifugal force is grabbed by the hand grip force, and the wrist exercise is achieved by repeatedly rotating the wrist. This function is operated by Newton's law of motion and requires precision. This product, which has completed this precision, is developed to meet consumer varieties and will be a new market. This product was selected for SBC ""2018 Hit500"". Geneva, Switzerland. He won the Gold Medal and the Best Technology Award at the Taipei Invention Exhibition and the Best Product Award at the Yiwu Expo in China.And 2018.12.26. World-class results were derived from the sound pressure level test test of the Korea Testing and Development Institute (18-078997-01) Based on this technology, we will continue to develop new products combined with IoT to serve the global market. Thank you 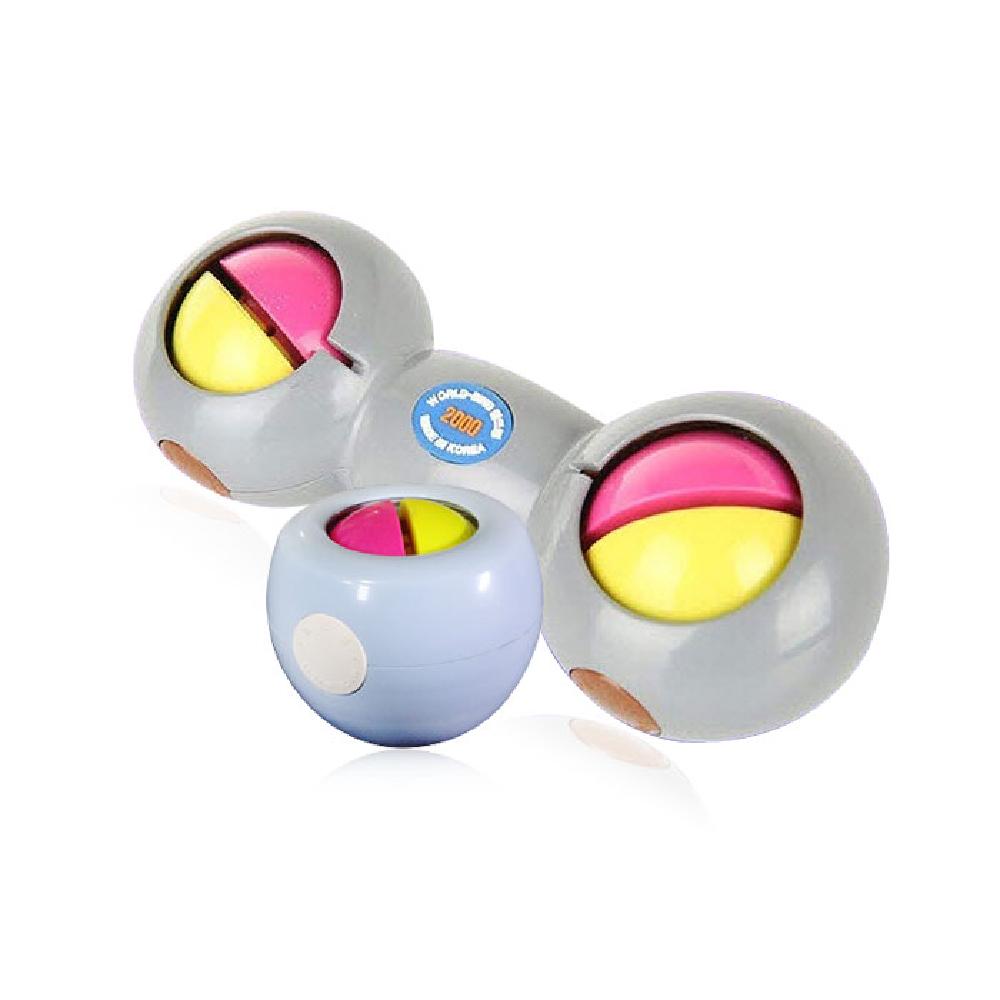 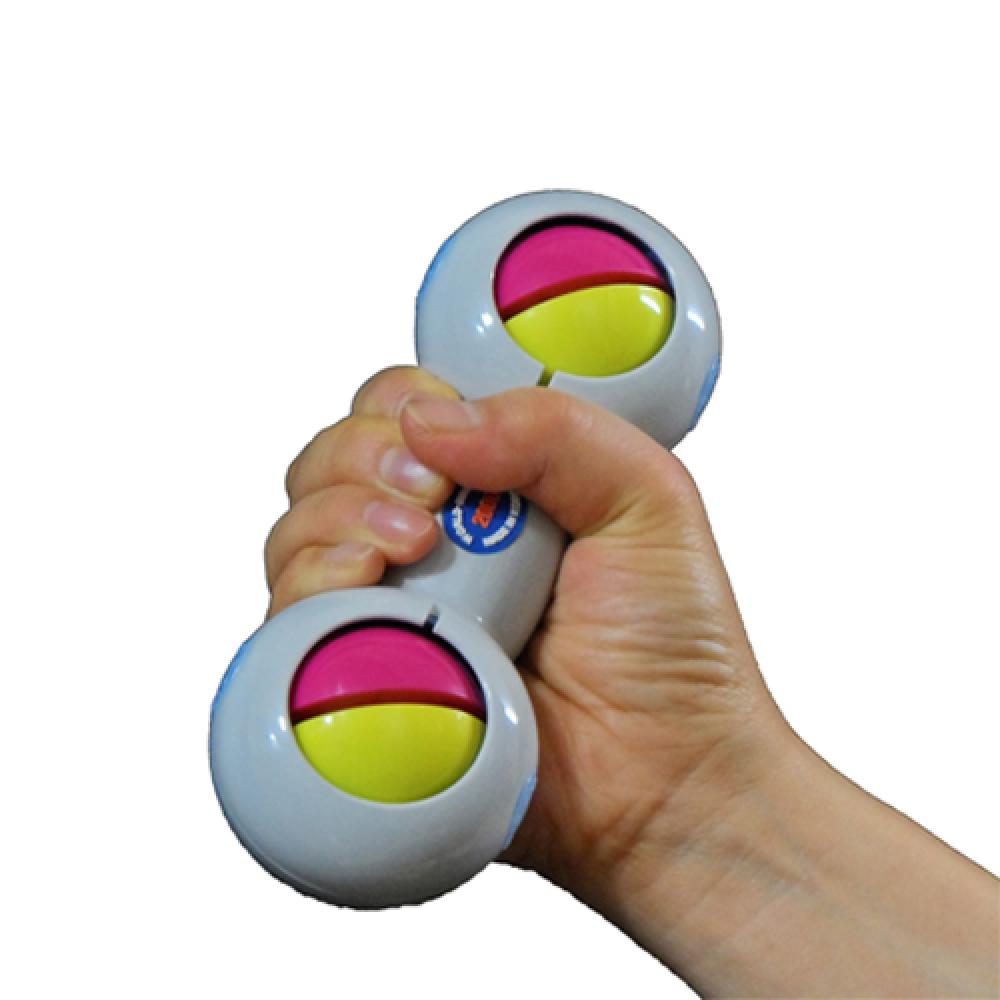 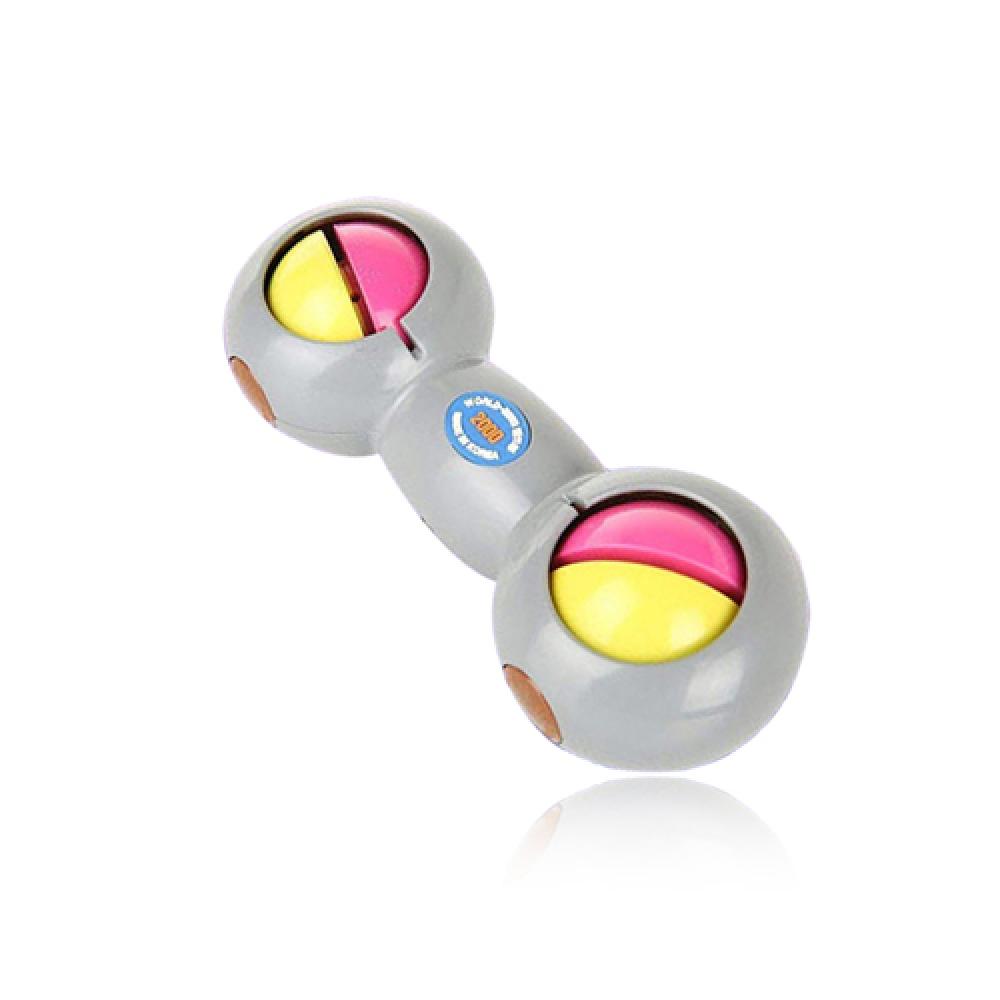