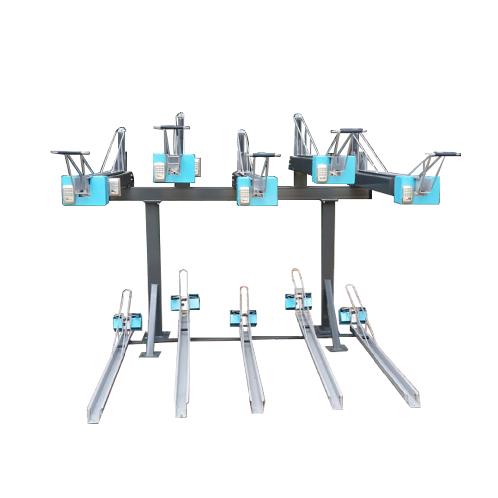 PRODUCT
The population of bicycle users has increased rapidly to 14 million people in 2015 (based on
KOSTAT). Compared to how the bicycle was used primarily as a mean of teleportation, it’s
now believed that bicycles have transitioned to be used for mostly health and leisure
purposes. This has caused us to frequently see scenes of bicycles that cost an exorbitant
amount of money.

Thus, there are explosions of civic complaints to local autonomous entities regarding the loss
and theft of these bicycles. Our company has thus developed a 2-floored bicycle storage rack
in 2010. Our product allows you to store twice the amount of bicycles in small areas. Our
products are currently being used in subway stations, railroad stations, apartment houses and
other regions, and the demand for our products is increasing annually.

The wire-rope type locking device that is currently being used to prevent thefts/loss of
bicycles is a tool that can easily be cut and be stolen.

To prevent it from being cut by a cutter, our product can be fixed to the bicycle rack. This
makes it principally impossible to cut. Also, the bicycle owner doesn’t require another set of
locking devices. Instead, the locking device uses a comfortable 4-letter number combination
password to store/lock the bicycle. Thus, the user can simply input the password to
automatically store and lock the bicycle.

One-time passwords (4-letter numbers) are automatically deleted after being used as a
password. This allows a mutual usage of the product, as the next person can re-use the
product.

The device operates without need for power. Also, there are no spare parts, such as a switch
bulb, which prevents the possibility of malfunctions happening. The product can be used
semi-permanently.

This product has extremely comfortable compatibility. It can be used not only with 2-floored
bicycle storage racks, but can also be used on original 1-floored bicycle storage racks. Thus,
we believe that it will show satisfactory results in preventing losses/thefts of bicycles.

If you input the password (4-letter number) in the touch-style number key, the lock of the
number key will protrude, making it unable to fix the locked lever.

Rescission: If you touch the already-inputted password (4-letter number), the protruded lock
of the number key will revert back to its original position. This will allow the lock
lever to revert back to its position, allowing the lock to be deactivated. Then, you
can get your bicycle out of the rack.
Reference: The password can only be used once. After usage, it is automatically deleted,
allowing the next usage to require a new password (allows mutual usage)


OTHERS
Lock: The original technology was for the individual to lock the bicycle using a manual circular
locking device (wire rope). The device would go through the bicycle’s wheel. Then, you
would input the password as a dial-method, input the jack inside and lock the device.

Rescission: The wire rope lock device (circular type) allows you to input your password
through a dial-type method, where you roll the numbers to input your password.
After you input the password, you pull out the straight lock key and unlock the
device.
Reference: The original wire rope lock device can easily be cut using a cutter (only takes
10~20 seconds). This led to frequent cases of loss/theft of bicycles, causing there
to be an explosion of civil complaints to the local autonomous entities or/and
police regarding the theft/loss of such bicycles.
Statistics from Korean National Police Agency: There were roughly 2 billion KRW worth of loss due to theft/loss of bicycles in 2016.

www.shcy.co.kr /www.shcy.kr Seller_Mail
Introduction
Our company has been established in February 2000 and we are a specialized company of manufacturing various kinds of Bicycle Racks(Stands) We have been designated as a Venture Enterprise by SMBA (Small & Medium Business Administration of the Republic of Korea) and our company with products are registered by the Public Procurement Agency of Korea(PPA Reg. NO.22705432) As we have mentioned below, we have obtained totally 9 intellectual properties(IPS) such as "Invention Patent,Utility Model Patent and Design Patent)as well as ISO 9001,2006 KSQ, ISO 9001.2009 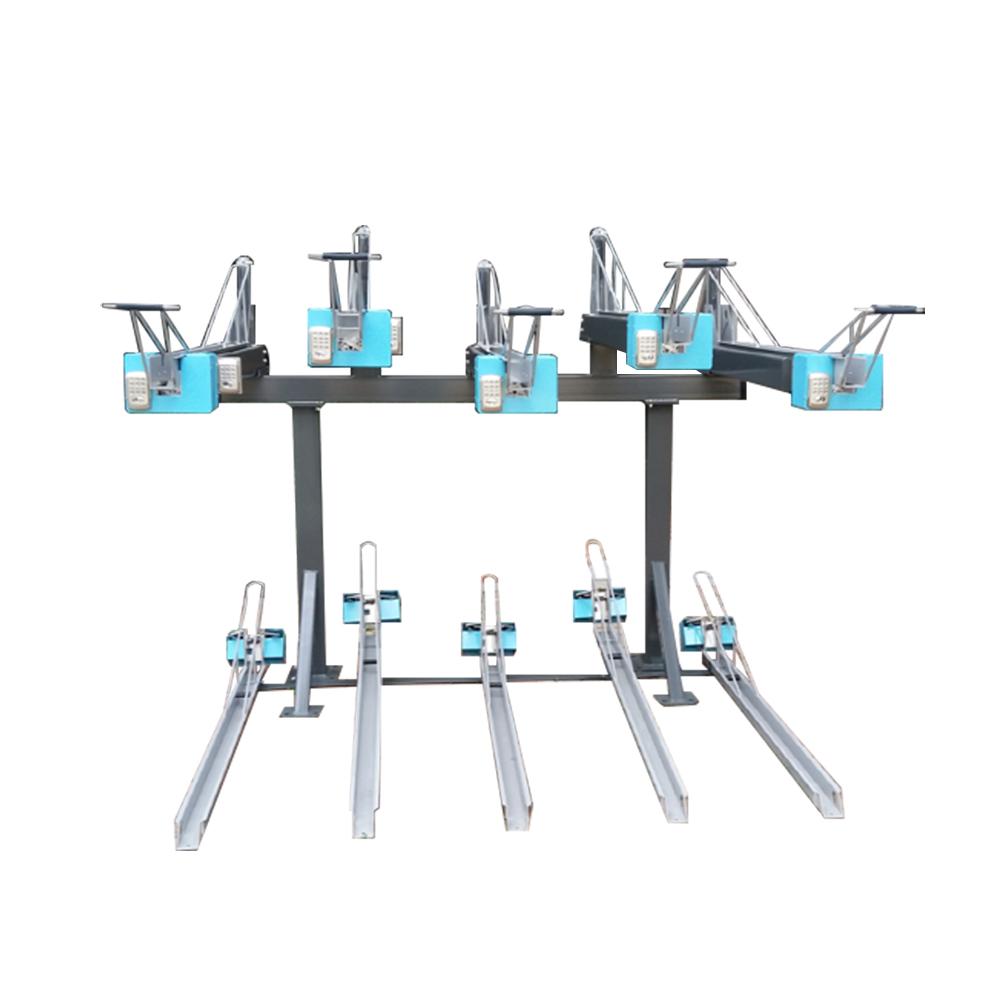 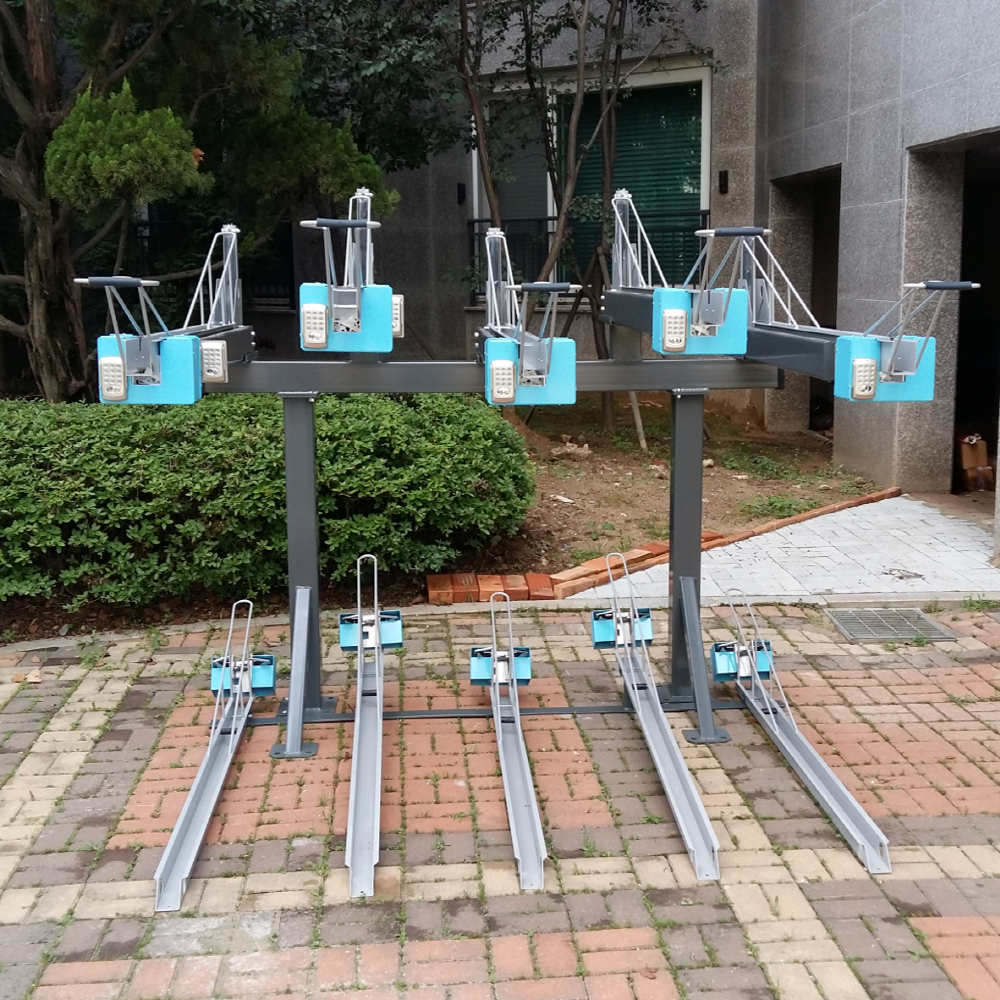 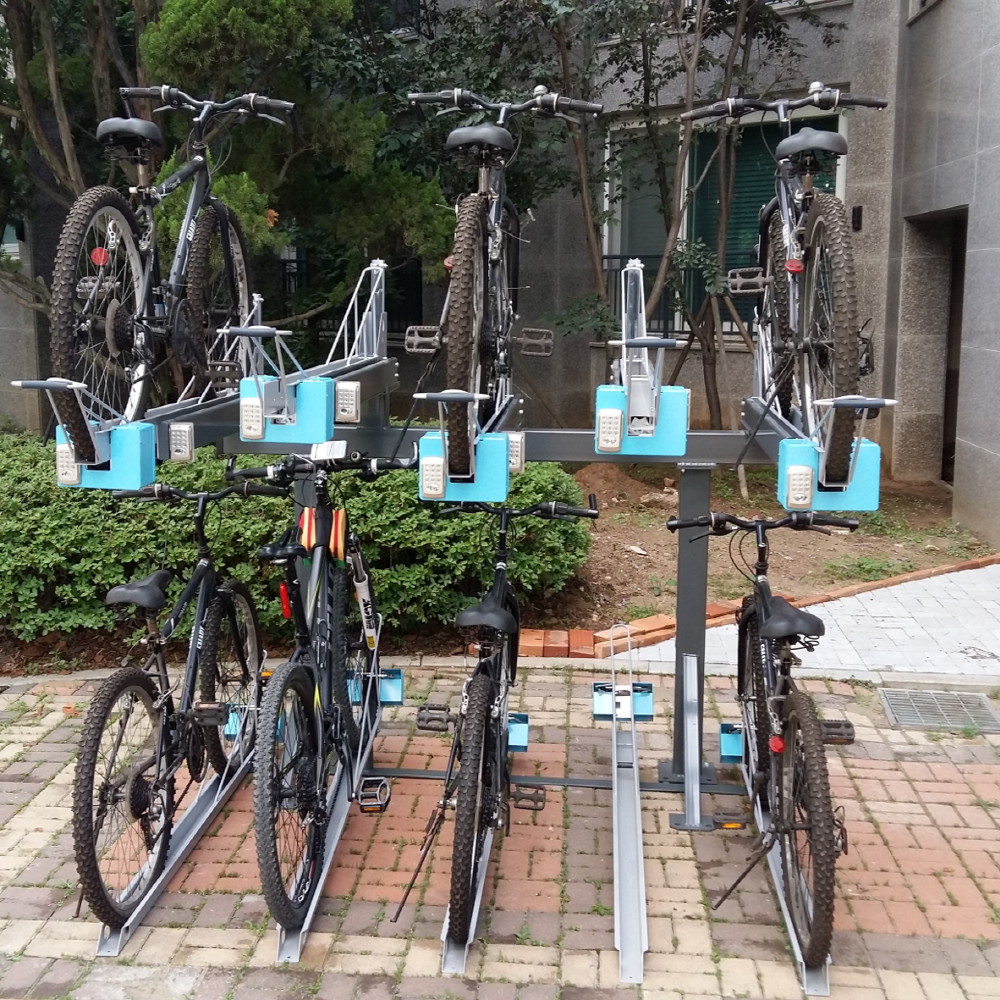 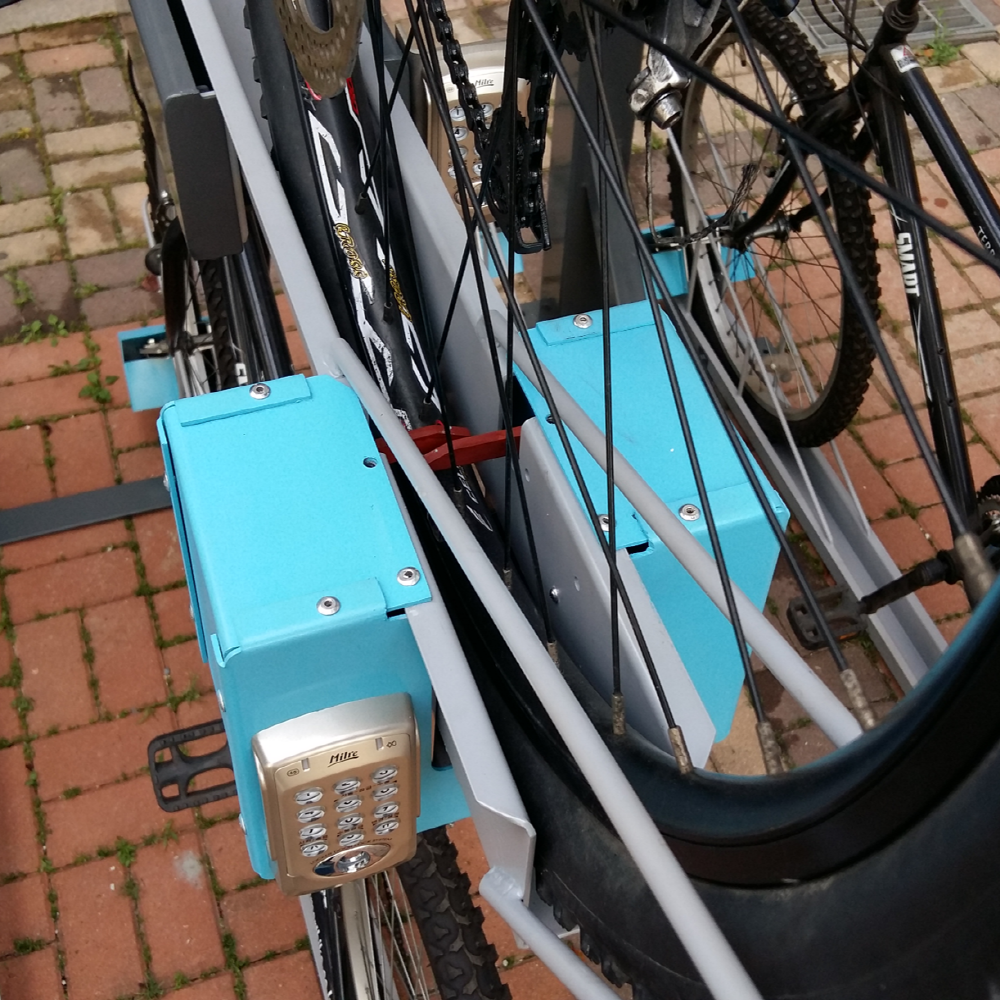 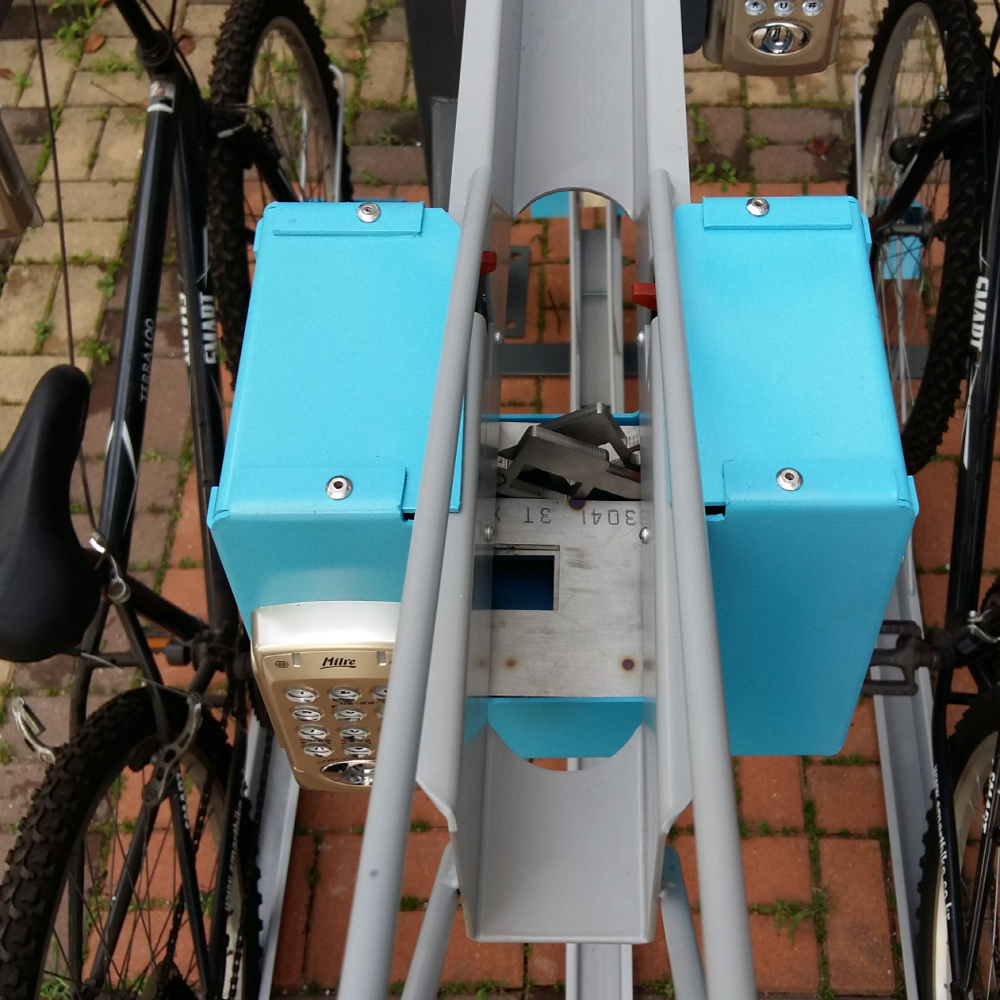