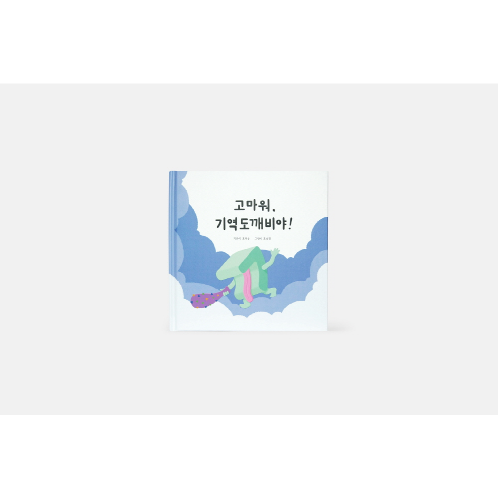 Hangul Doggebi has talent for making anything that starts with Korean alphabet(ㄱ~ㅎ).
Let’s imagine what hangul doggebi has made with the alphabets and gave to our animal friends?
Let’s go on hangul trip with our hangul doggebi!!

Fun picture books for kids in the age of 3-7. Educational book for starting to learn hangul.
Not just boring drawing and following after, but with fun story where hangul doggebi creates diverse things out of hangul, children can learn hangul and grow their imagination.

Author : Jo U Sang
-
Jo U Sang is noted for creating imaginative story that stimulates curiosity. Awarded Best Contents Award from Creative Contents Agency in 2014, the author is actively working to create amazing works with characters including Art Toy, Kids books and Kid furniture.
Majoring “Advanced Material Engineering” in SungKyunKwan University, he is attracted to ‘Hangul’ and ‘Doggebi’. He decides to co-major ‘graphic design’. He creates cute character “Duduri” that illustrates the traditional properties and characteristics of ‘Hangul’ and ‘Doggebi’. ‘Duduri’ is traditional Korean word that was used long ago. It is another word for Doggebi, Korean goblin. It derived from describing the action Doggebi performs when doing magic. His unique imagination and interpretation of pranks is instilled in the stories and his works, filling the readers’ minds with imagination as well.

Author : Lee Ji Su
-
Lee Ji Su is an expert in child development and education.
Achieving bachelor’s degree in ‘Educational Psychology’ in Seoul Women’s University and master’s degree in ‘Special Education’ from Ewha Women’s University, she worked in Center for Developmental Disability in Ewha Women’s University.
Cooperating with author, 'Jo U Sang', she created illustrated book that not only educates kids on hangul but also stimulates their imagination and curiosity. Especially, she took care in maximizing educational effect when kids read the books with their parents.
Repetitive sentence pattern, and diverse sound/action effective words in the books will enlarge kids’ imagination.

Illustrator : Jo Su Jin
-
Jo Su Jin is an illustrator that creates warm scenes.
Widely known with her pen name 'MORE', she was in control of illustrating in ‘Omil Jomil Sandwich’, an independent publisher. She is praised for warm and soft picture lines that are illustrated with hands. She majored ‘graphic design’ in undergraduate school and now teaches students with illustrating.
“Thank you, Hangul Doggebi” is her first work in kid’s book in cooperation with Duduri.

duduri.net Seller_Mail
Introduction
"Hangul is the most beautiful and superior character in the world." "Korean Goblin, Doggebi. Pure Korean word for Korean Gobli, Doggebi is Duduri. The word derives from the magical action they take when doing pranks or wishing for things. In these actions they use their magical wand called Bangmangi”. Duduri is very playful and enjoys being entertained through pranks and having fun. They were one of the best Epicureans.” - HangulDoggebi, Duduri was established in 2015 with the aim to boast the merits and excellence of Hangul(Korean character) and Korean Goblin(Doggebi). Consisting of various developers, illustrators, and graphic designers, Duduri is performing various activities with Duduri character which resembles hangul shape and has the personality of Doggebi. Until Hangul and Doggebi is praised and appreciated, we will keep on walking to developing Duduri. DUDURI : Hangul Goblins, a multidisciplinary creative studio founded in 2015, consists of members with various creative backgrounds. We have produced and released contents and product that contain enjoyably stories in the goblin world.Through a comprehensive approach that covers various scope of works including illustration, graphic design, motion graphic and product design, We actively work and expand the boundary of the goblin world. 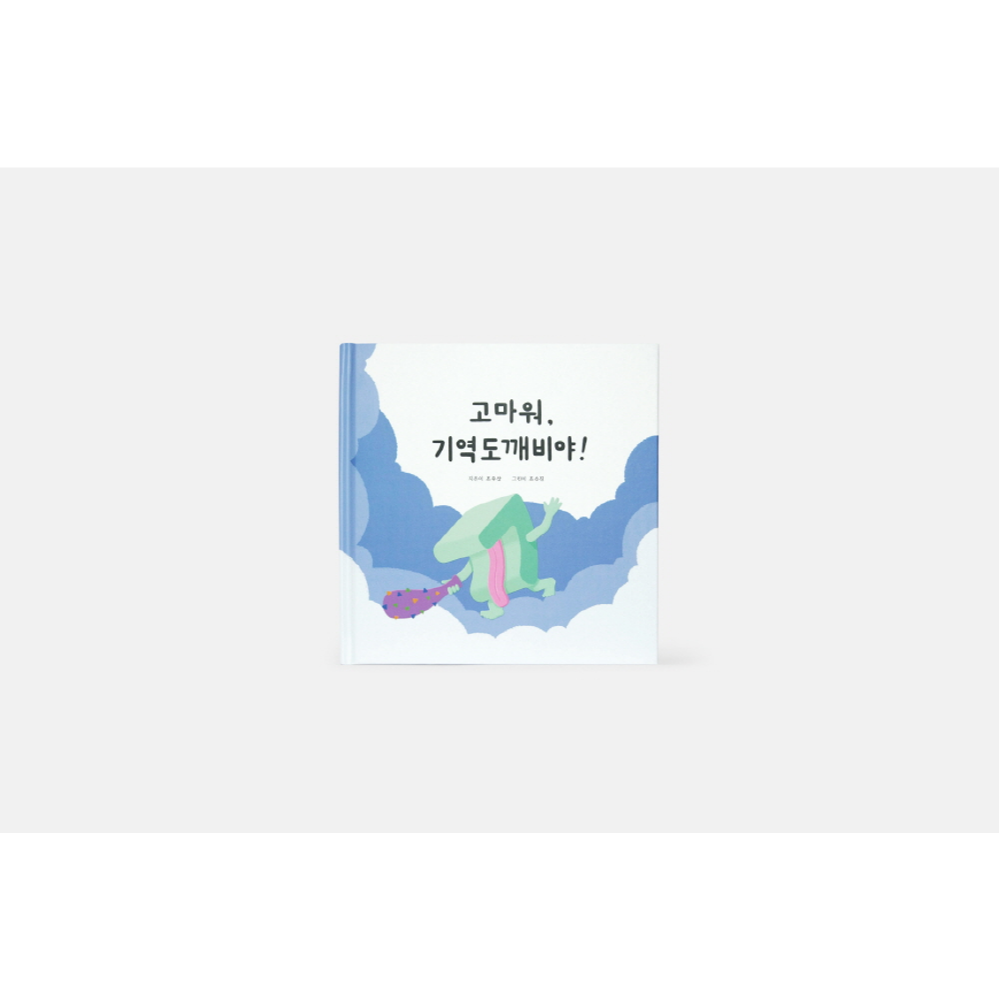 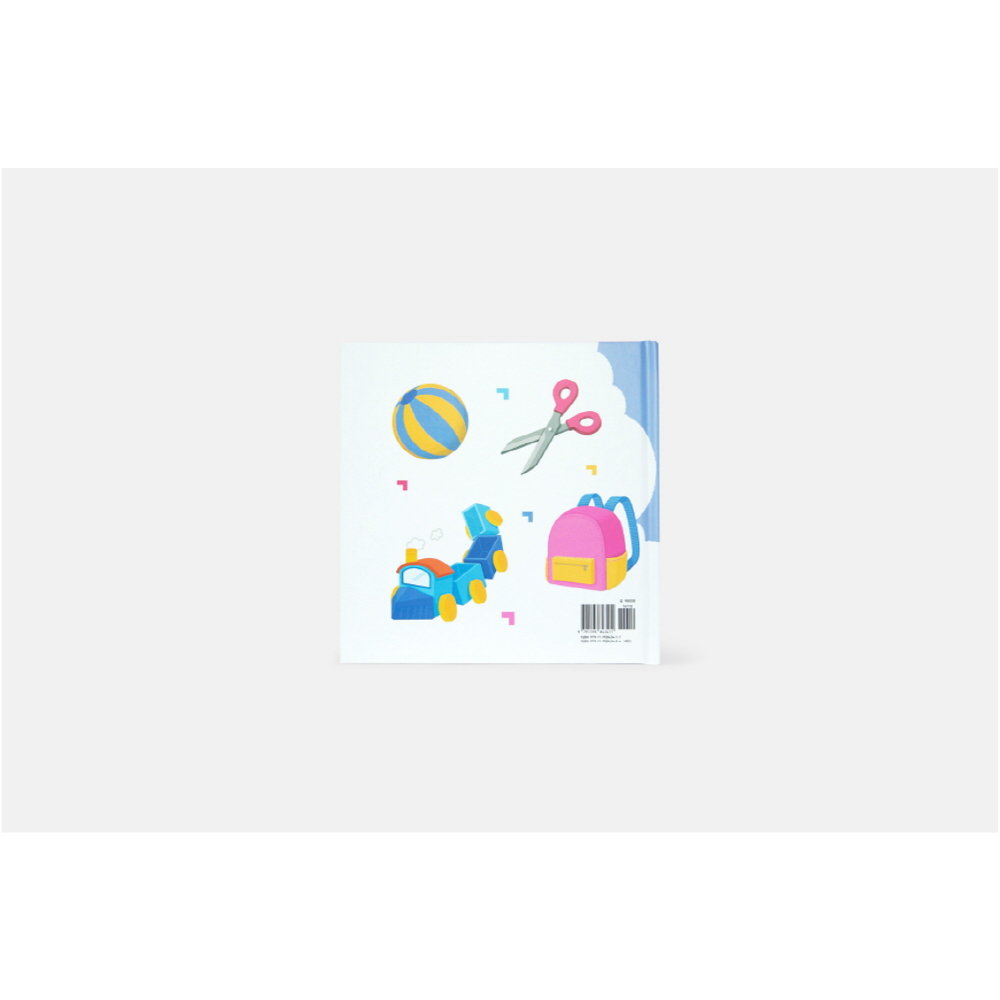 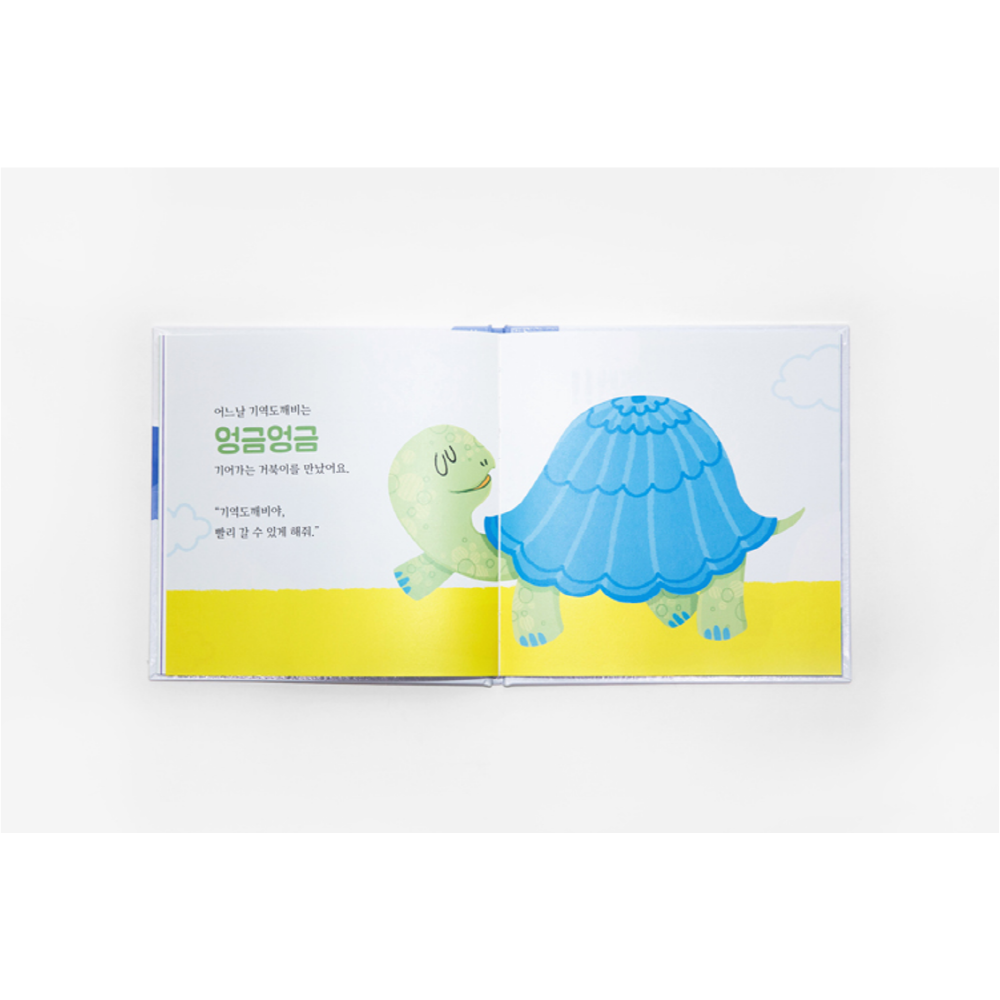 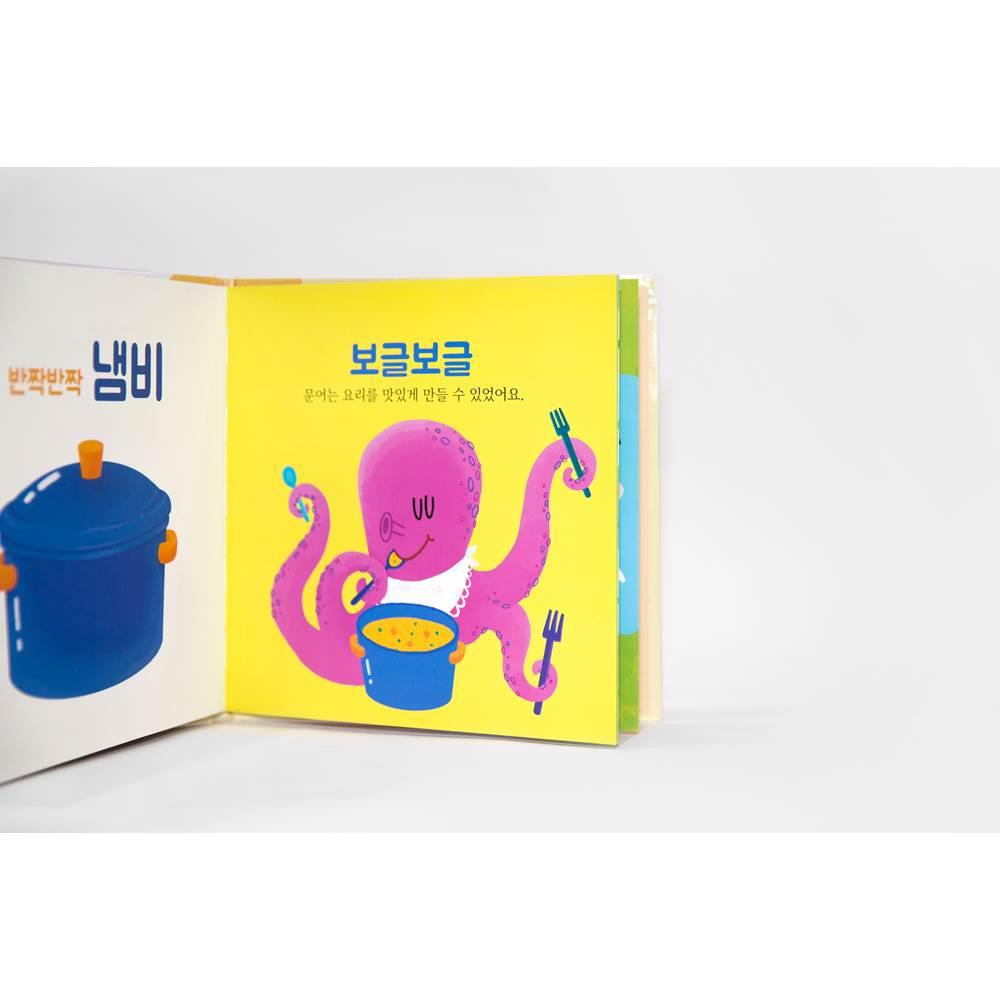 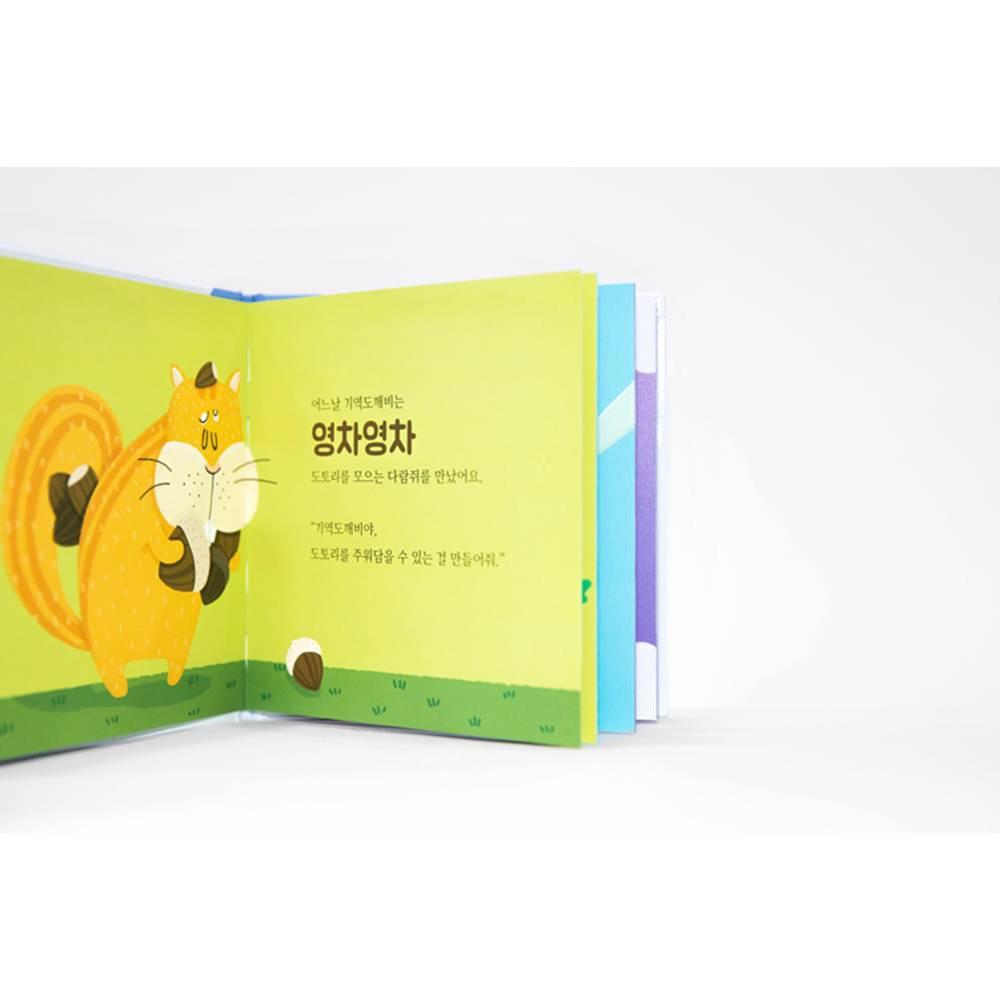