No more sounding pen! Turn the card to the dinosaur camera to play the video!
"Smarti Play: Animal" is a language & cognitive development play that can be experienced through a play and learned by animation.
. Consisting of 32 animal cards, 45 pieces of animal stickers, and 16 animation episodes.
. Create your own animal story with the washable, detachable, and stickers.
. Play the word puzzle cards in English and Korean with the magic cards printed with animal pictures and names. It can be played even if your child has yet to learn the language.
. Take a snap of the picture card with the dinosaur camera, and the animal friend will appear to introduce themselves in Korean and in English. They also talk about the secret life in nature through the video.

Take a snap with the dinosaur camera! Smarti Play is a language & cognitive training toy that can be experienced through a play and learned by animation!

Introduction to "Smarti Play" Series
■ Language/cognitive development play made up of stores based on 7 themes commonly found in everyday life.
■ Optimized for the children at the age of 3 to 9 when the infants' intellectual, emotional and creative skills are being developed.
■ Listen, find, attach, and put together the stickers, storyboards, and cards! Homeschooling play & learning activities for mothers.
■ With an Android smartphone, texts and their meaning can be explained with pictures, sounds, sounds, and motions.

What's so different about "Smarti Play"?
■ Cognition/Language development program started with play
. Right-brain learning technique is applied to stickers, cards, and world map play for the children aged 3 to 9.
. Flash technique is expanded so that a child alone can play the game by recognizing shapes and characters.
. It stimulates the right brain through repetitive image exposure with patterns so that children can quickly and easily recognize targets and learn the language.

■ Children's favorite stickers and cards meet the smartphone animations.
. It induces and promotes the children to engage in physical activities through various plays stimulating five senses.
. 132 types of characters appearing in the stickers, cards, and storyboards can be viewed through the animations.

■ Washable stickers
. Reusable stickers that can be washed.
. It is not sticky because polyurethane coating is used instead of the usual acrylic adhesive.

■ Word puzzle cards that can be matched even before learning the language
. Pattern pictures are engraved on both the picture card and letter card to match them even if a child has no idea what each letter means.
. Available in Korean and English.

■ Turn the wall into a big playground!
. Remove the study wallpaper and install the Smarti World Map in the wall of a living room or your own room. You'll have a large playground of 1.2 m right there.
. The playground becomes a natural place for learning by looking at them as you pass by and attach stickers. (World Map is available for purchase.)

"Smarti play" is safe to play!
■ Harmless materials to human body.
PP and PET materials same as those used for water bottles and caps are used.

■ PVC-free
We refuse to be compared with the low-cost PVC products. PVC is an environmentally controversial material as endocrine disruptor. This is a PVC-free product.

■ Are you concerned about your child using a smartphone?
. AR technology for smartphone is applied to give commands to the card without touching the screen.
. Specify the usage time to have it closed automatically.

■ Animal
. Take a peek at the life and the secrets of animals while watching animation.
. Children get to remember each animal's name and appearance in Korean and English.

■ Fruit
. Fruits are used not only for the dishes, desserts and drinks that we are so familiar of but also as natural colors.
. Learn their appearance as well as how they are used by looking at the transformation of various kinds of fruits through stories.

■ Vehicle
. Learn to use the means of transportation that traverses the sky, the earth and the sea.
. It is easy to understand even the vehicles which are hard to teach because they are represented by pictures, sounds and motions.

■ Korean Alphabet (Hangul)
. Children get to remember the Korean alphabets in pictures, sounds, and stories.
. It's time to learn the letters and various expressions altogether while watching animation!

■ ABC (English)
. Children get to remember the 'alphabet' from 'A' to 'Z' in pictures, sounds, and stories.
. It's time to learn various expressions while watching animation!

■ Musical Instruments
. It is not enough simply to teach children about the appearance and sound of the instruments.
. They can learn about musical instruments and melodies through a variety of sounds and videos by playing them alone, together or watching music videos that remind of a musical instrument.

Enjoy various activities with your child with "Smarti Play".
Smarti and friends appearing in a smartphone come out as they are in the sticker books, stickers, and cards. For a child looking for a thing to play, it is going to be a fun time to learn full of physical activities.
[Specification]
• Storyboard
• 3 stickers (48 pieces)
• Picture word cards (40 cards)
• Dinosaur Camera Play Kit

www.smtapp.com Seller_Mail
Introduction
SmartApp Inc. develops new business platforms by combining digital contents such as textbooks, toys, stationeries, etc. with smartphones, tablets and TVs as well as the convergent products that fuses the IT technology into such contents for domestic sales and exports to overseas markets. SmartApp, Inc. has been developing a new business platform which works on smartphone, tablet PC and TV and will develop an electronic publishing product which converges Information Technologies and educational contents so that the company increases the sales revenue and profit in both domestic and global market as a Global Educational Entity, and remains a steady growth with a sustainable new business opportunity. 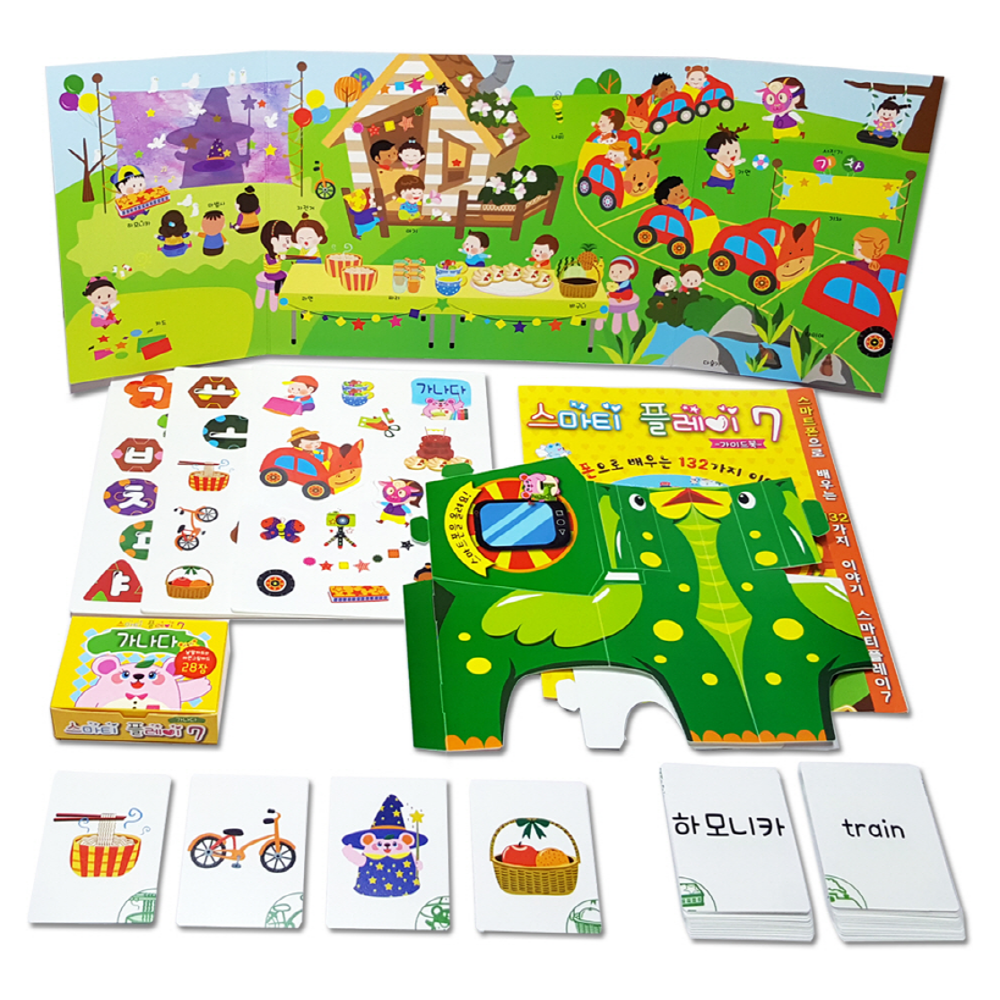 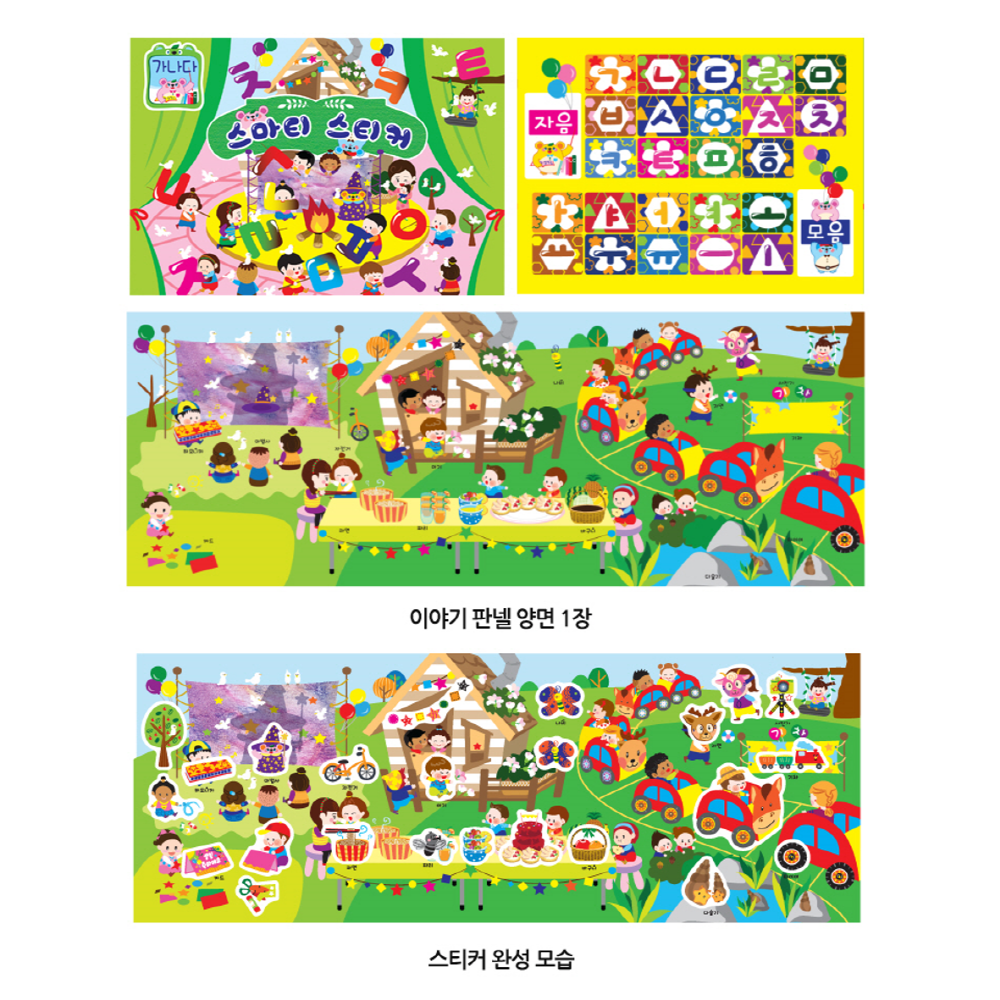 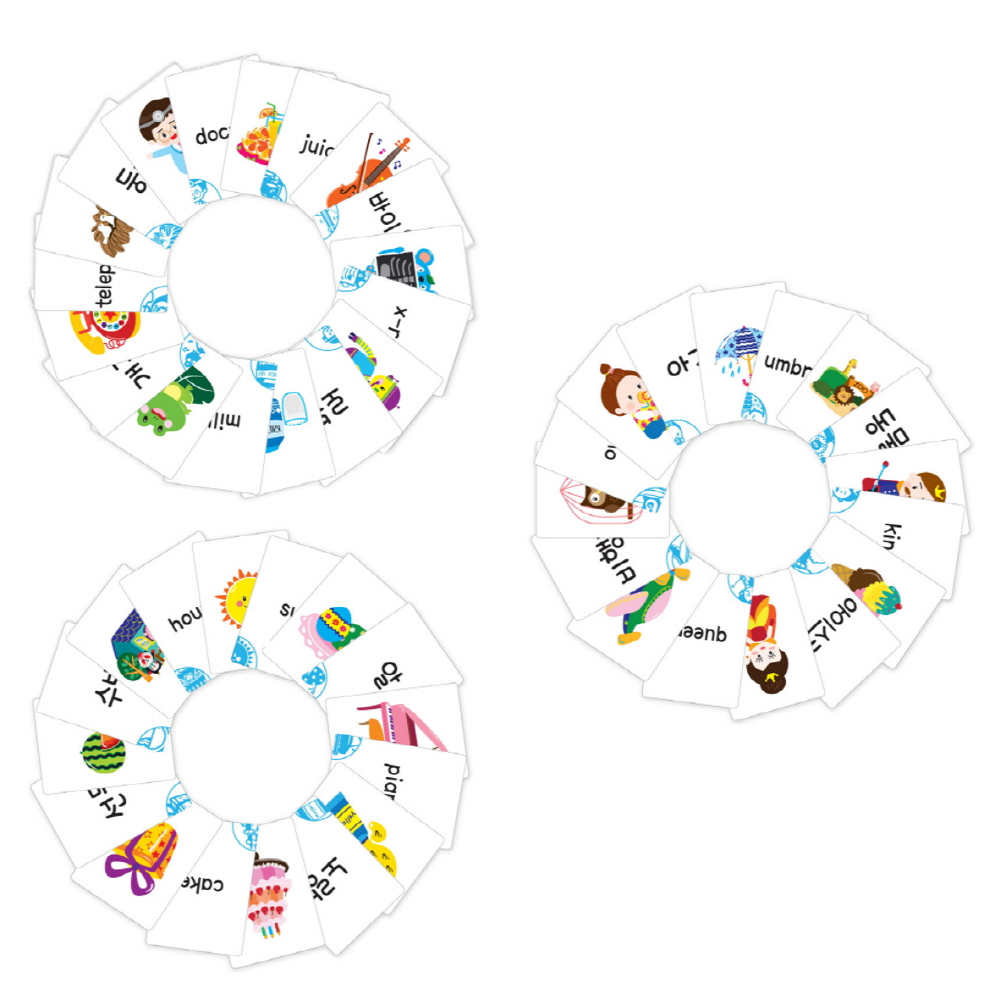 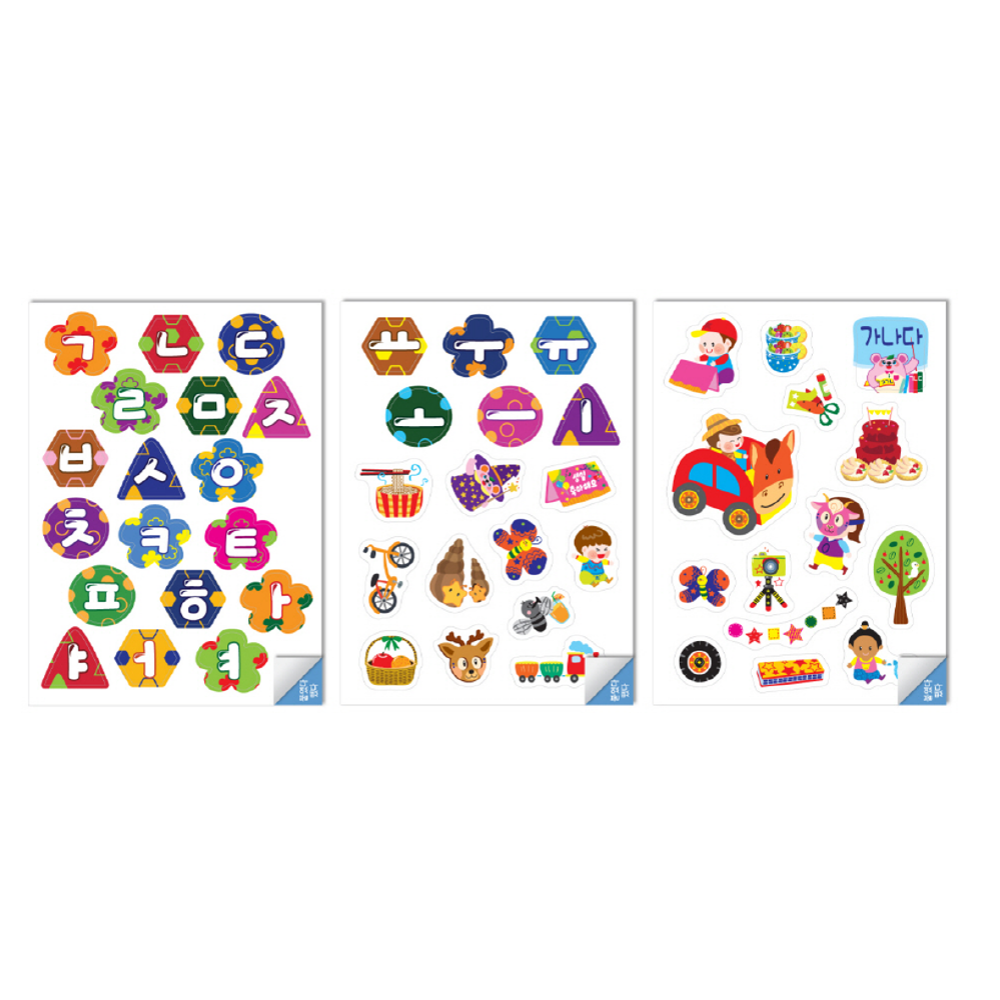 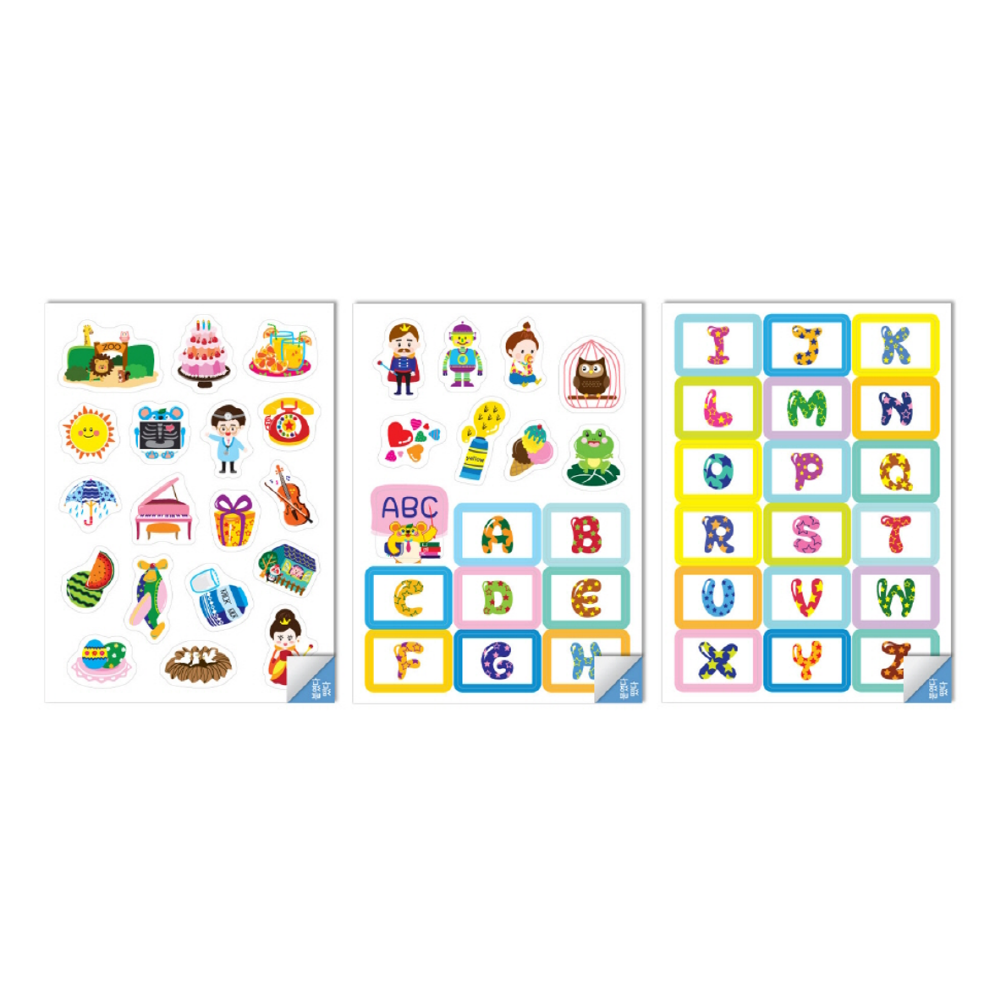