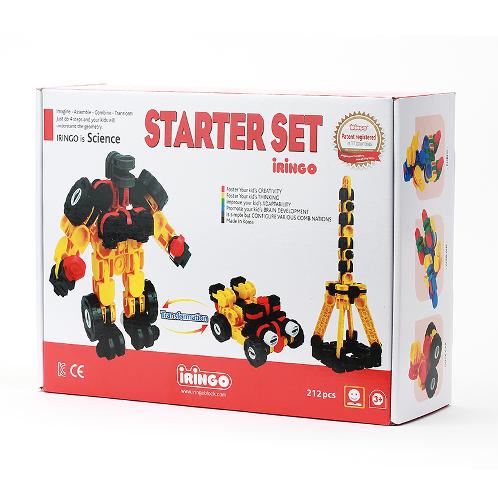 IRINGO Co., Ltd.
develops and manufactures IRINGO, world-first inventive angle changing type block, which improves EQ-IQ of children. Excellence of the technology has been verified, with patents registered in Australia, U.S.A, EU, China, Hong Kong, Brazil, India, Japan, etc. as well as in Korea.
Imagine-Assemble-Combine-Transform!!
Just do 4 steps and your kids will understand the geometry.

Product Information
KC certified number : CB063D008-6001
Weight : 1500g
A type of material : ABS
Age of use : Above 3 years old
Manufacturer : iRiNGO
The orginal country of manufacture : The republic of Korea
The European style 3D educational toy block, iRiNGO
iRiNGO blocks are manufactured by the Korean best toy block manufacturer, iRiNGO.
iRiNGO's toys are creatively transformable to be various forms of structures including a car, train, and robot, thereby children would be interested in iRiNGO's toys.
Furthermore, iRiNGO's toys, which are an education type of play block, enhance not only kids' imagination, but as well creativity due to iRiNGO's toys make children to feel a sense of accomplishment as children can embody what they thought themseleves.

Express thier own thought
iRiNGO helps children to express what they thought during the transforming process. Also, iRiNGO's products give a number of processes to children, thus children can feel various processes of change after the transformation.

What is the differences from other toy brands?
Existing toy block
Existing toy blocks provide a limited transformation due to these consist of simple forms that provide only top-down and side-on modes of transformation. Accordingly, existing toy blocks have limited-contents to transform a number of shapes.
iRiNGO's toy block
iRiNGO transcends the simplicity which deals only with toy assembly, instead iRiNGO's toys are designed as each block's length and height is all same 25mm in order to actualize a brilliant transformation through the functions of a half-turn(180-degree turn), positioning, and change of location per 45-degree after the assembly completion.
The composition of starter set 212pcs
Warning and precausion
- Do not place the product closed to water, heat, medicine, antiseptic, washing machine, and fire.
- Do not throw the product towards human face
- Use the product under the control of guardian
- Do not put the product into a mouth
- Do not use the toy as a weapon
- Do not use your tooth when you try to assemble or disassemble the toy
- Be careful while playing with the product due to it is possibly damage your body such as a finger if you unduly try to assemble or disassemble some parts of the product. 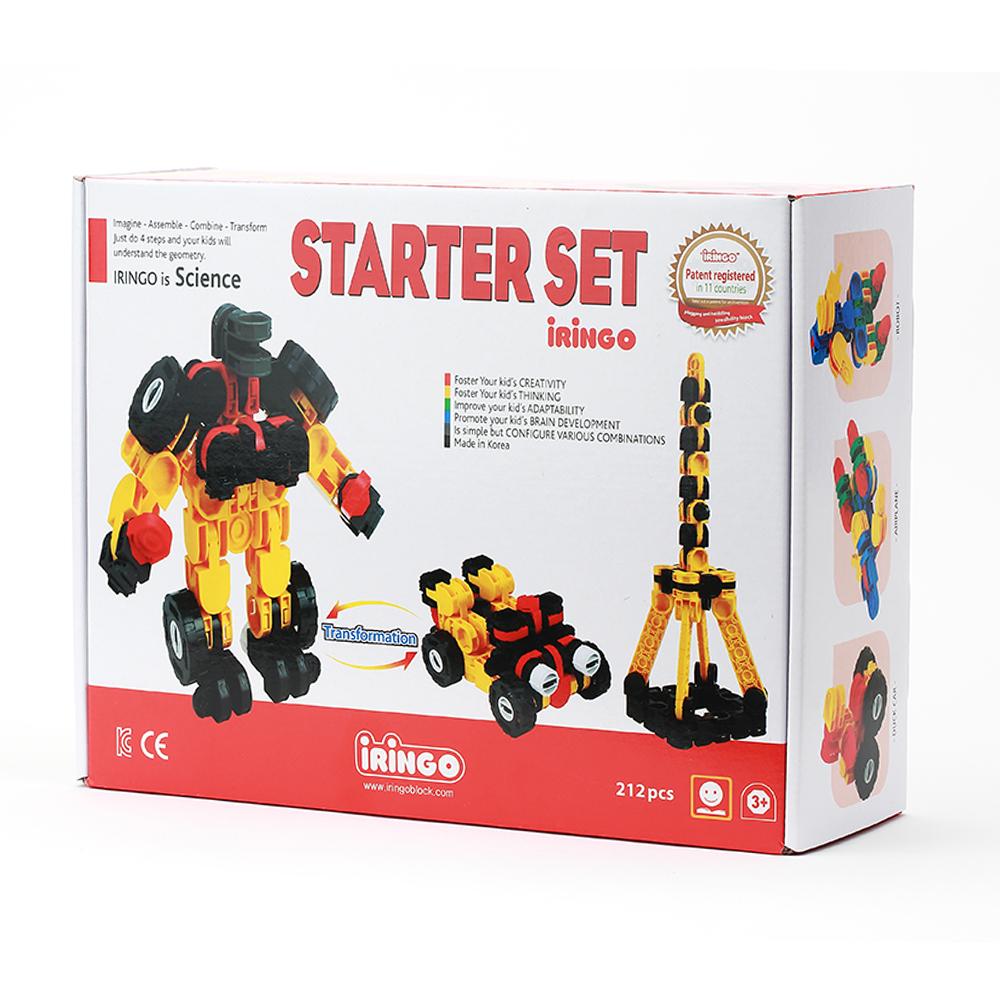 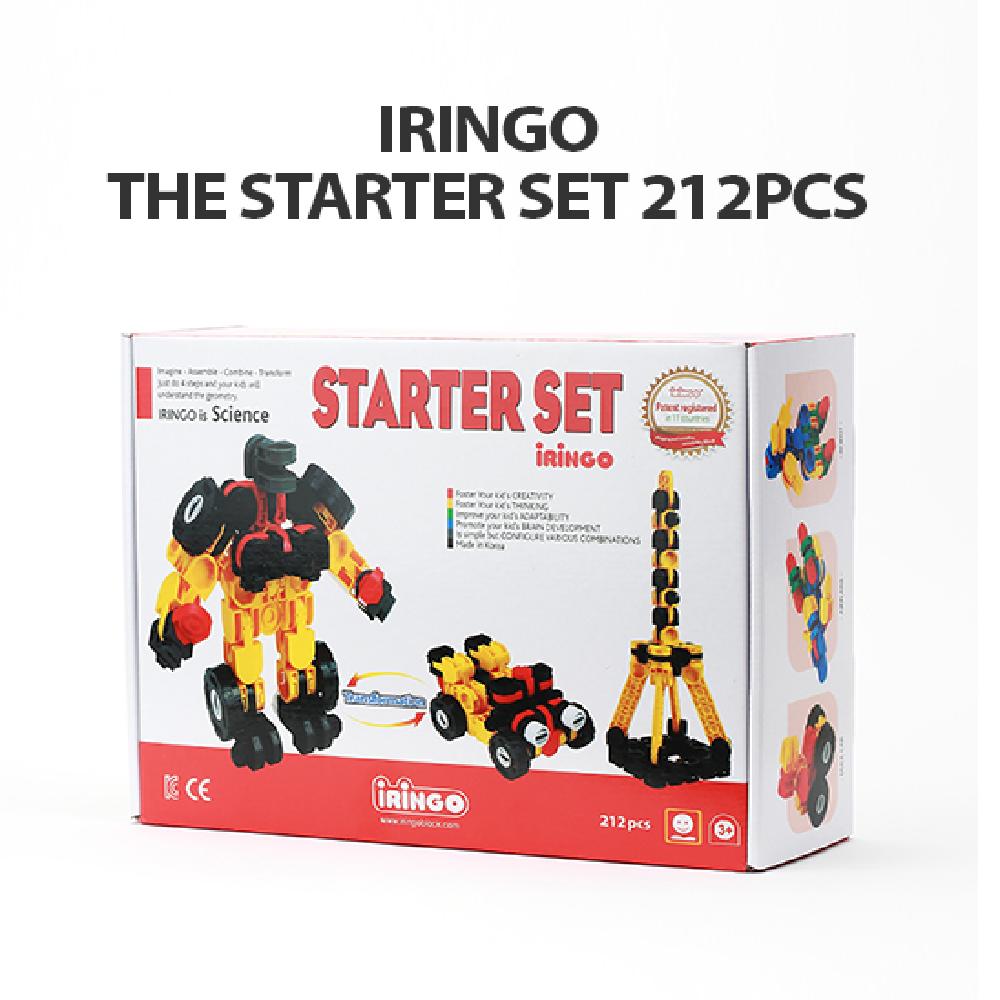 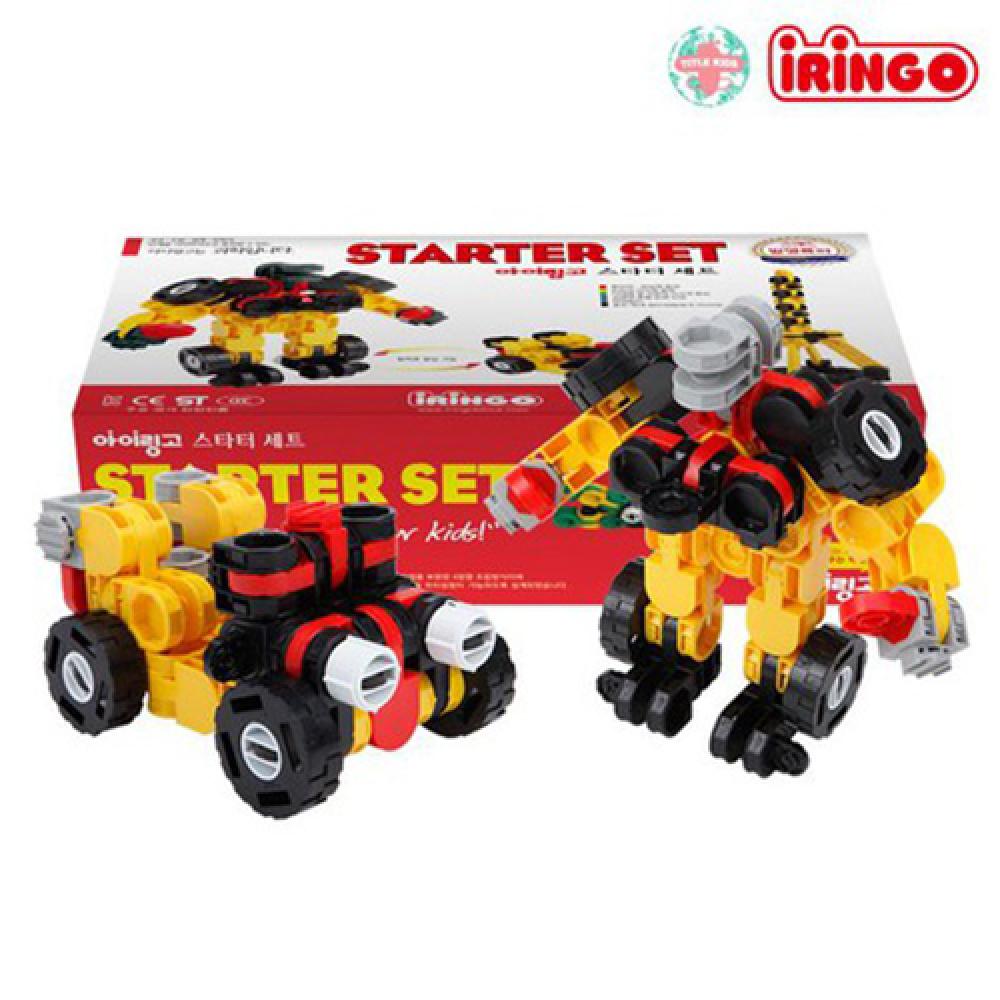