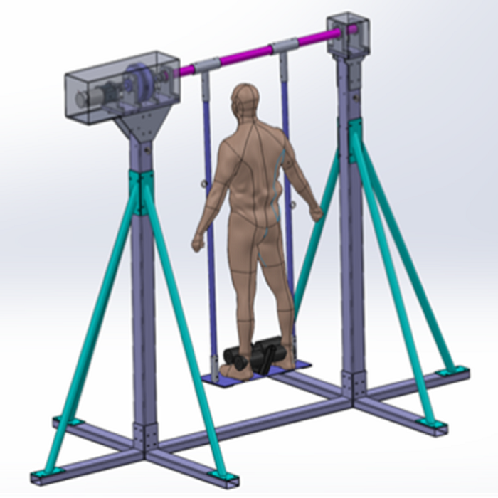 The 'haneul-gnae' is a swing that can rotate 360 degrees unlike the nomal swing.
The 'haneul-gnae' which is made of ict fusion technology, has a rotation speed increasing and decreasing control system.
Anyone can rotate 360 degrees without difficulty.
In addition, the system will automatically stop when the hand or foot of the person falls off the fuselage with the stable control system.
This is in keeping with the absolute safety that we consider most important. Anyone who weighs 150kg or less can challenge anyone.
However, since it is impossible to rotate 360 degrees without the will of the experimenter, it can be used as a fitness program for young people.
Another fun is that you can play a battle game. You can see to what angle the experimenter has succeeded and see how long it took to turn 360 degrees.
Of course, how many turns of 360 degrees can be applied to the battle game.
Experienced persons who fail to rotate 360 degrees have a desire to re-engage them until the turn, so the re-experience rate is also high.
The 'haneul-gnae' is an extreme leisure item that can be installed anywhere in the outdoors.
It can be divided into 3m, 5m, and 7m. It can be used in schools, festivals and various events. Challenge yourself!

wabadada.com Seller_Mail
Introduction
This company name is WABADADA CO., LTD. It means 'wow ~ it's sea!' We are striving to preserve the beautiful nature of our distant descendants with our management philosophy of "We will continue to share our safe and pleasant luxury products." we creatived items fixed, moving, drop-type zip-lines (Aranabi, Nurinabi, Nakanabi), Skywalk (Haneul-dari), VR Zip-line (eye glider) and 360degree swing(Haneul-gnae). we are creating luxurious products that are not in the world. We are also constantly researching ways to grow together with beautiful farming and fishing villages with our items. With the conviction that we have been keeping since 2005, We will walk without losing my initial intention. Thank you very much. 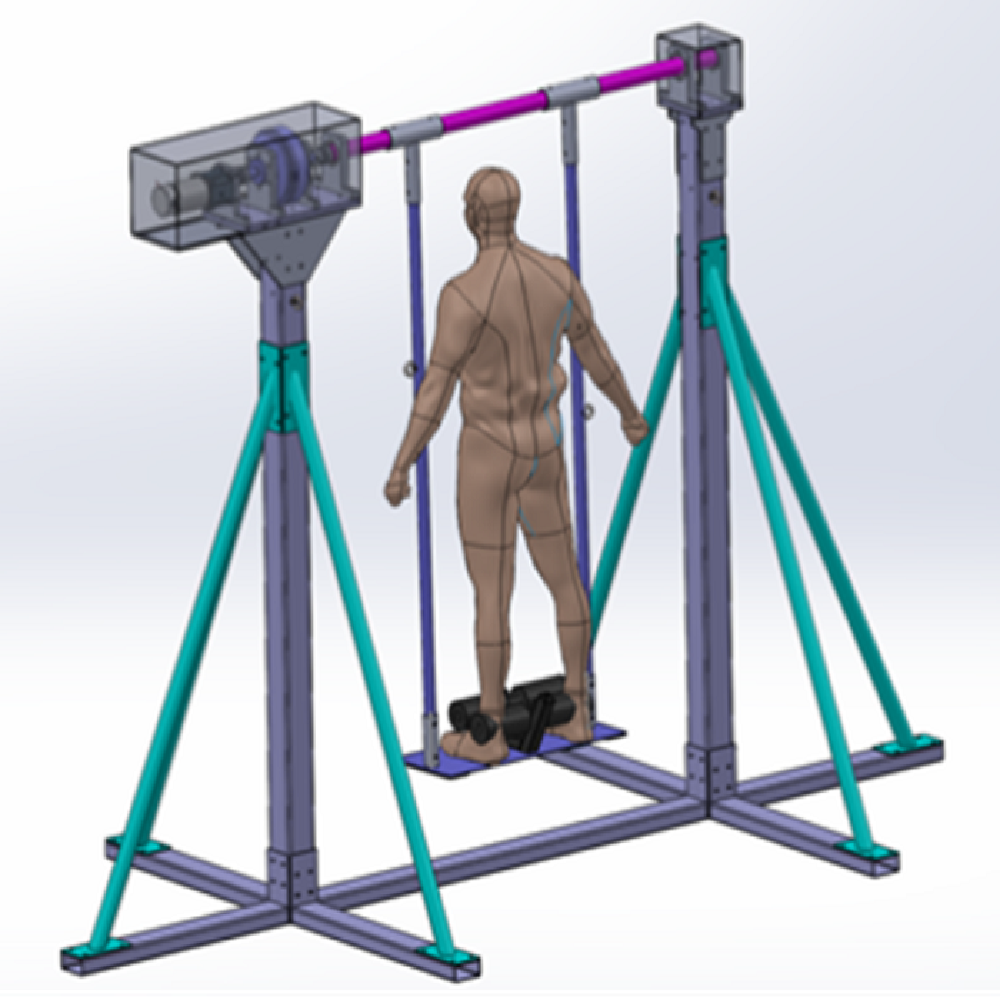 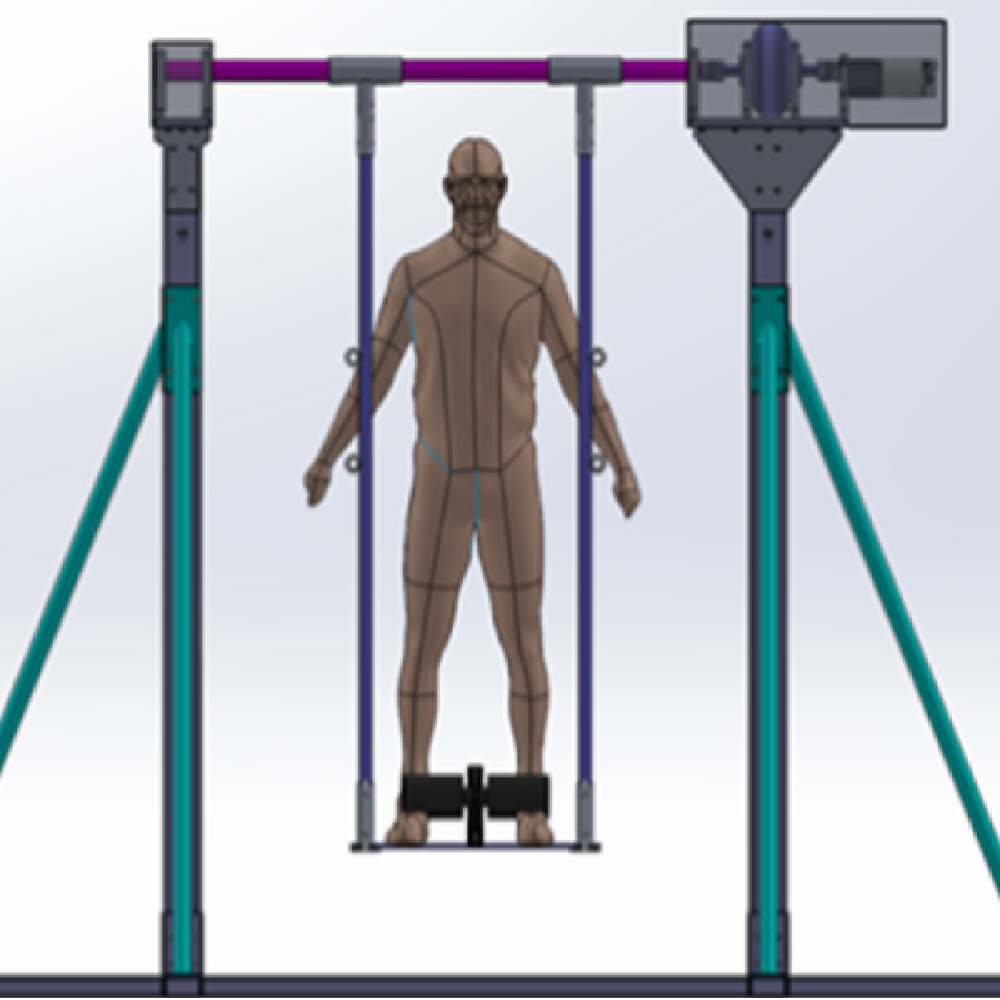 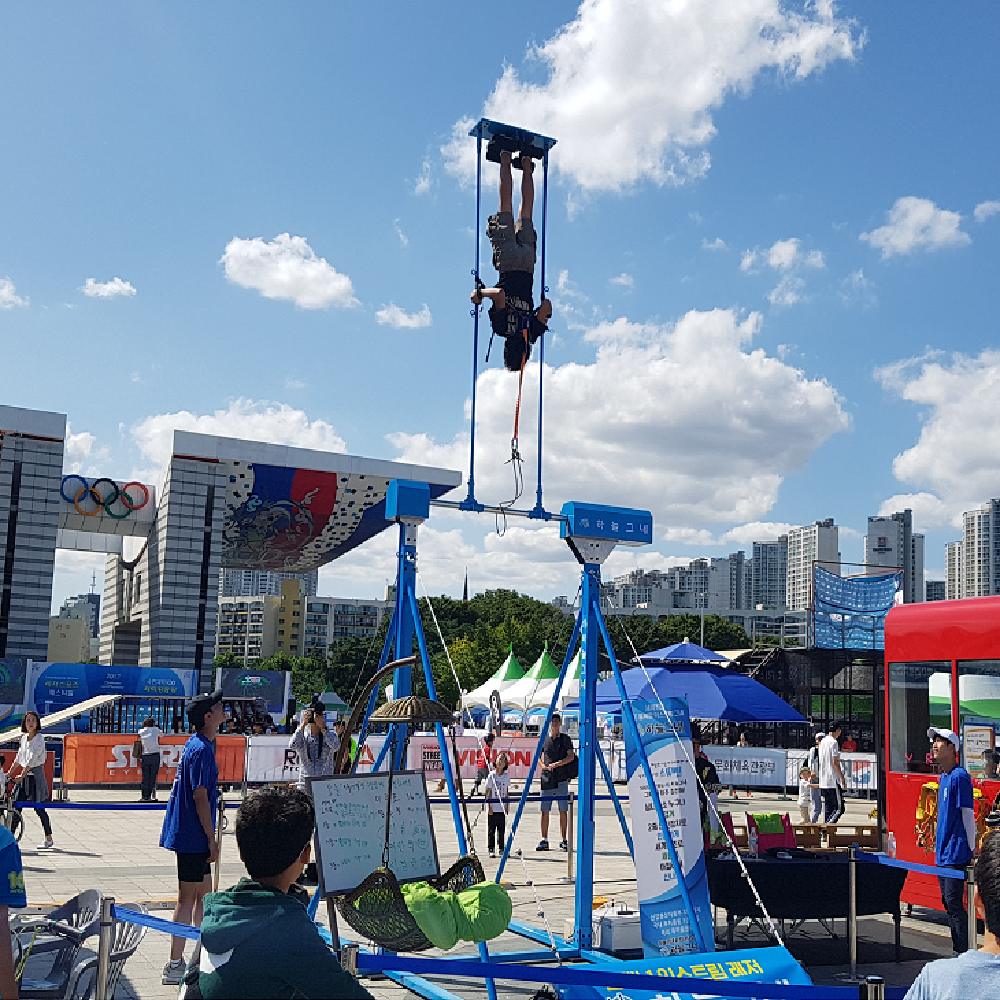 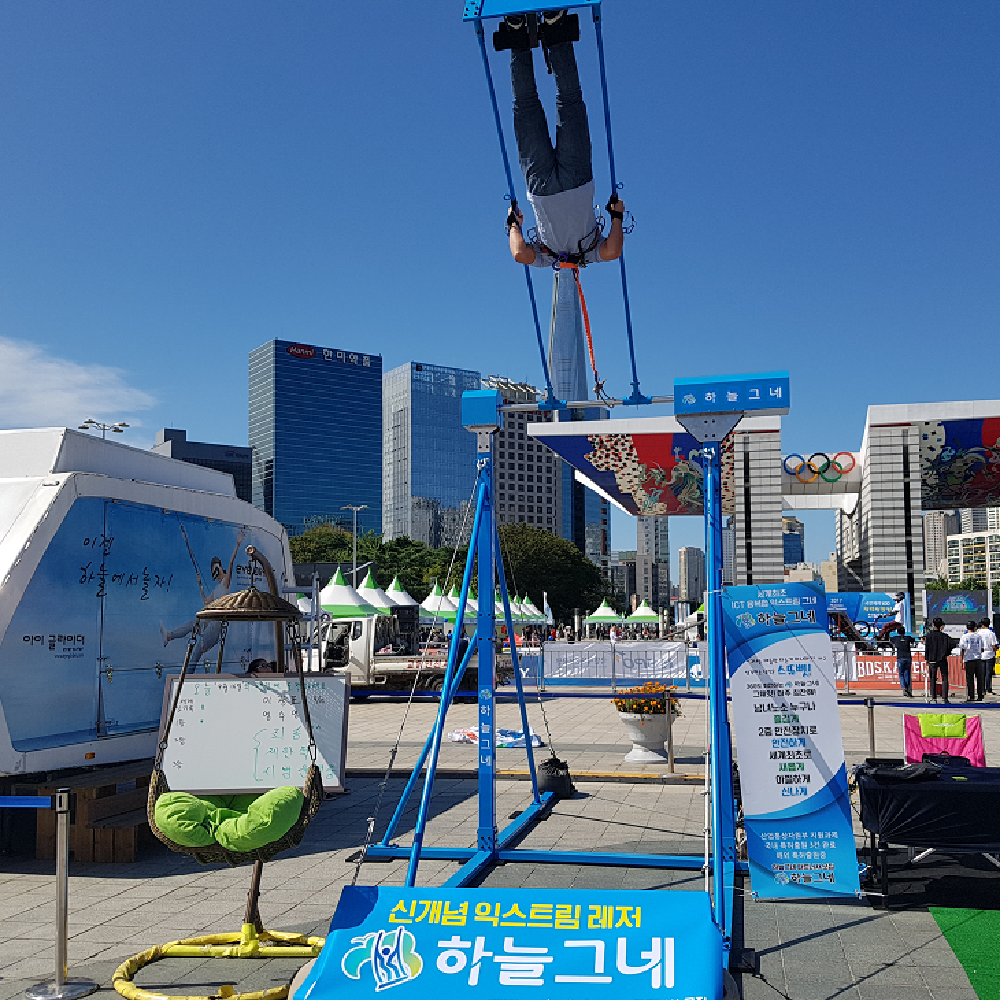