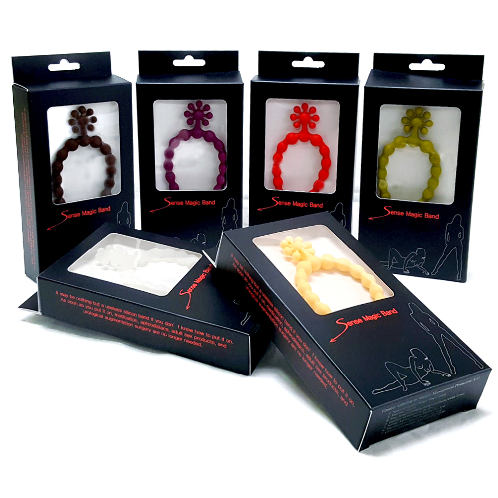 Basic Principles
Drug can slowly weaken our bodies and disrupt the immune system.
BUT THIS BAND
◎ The perineal region is the root of the penis.  As the root of flaccid
penis stimulated by the magic band, the penis erected in sleep.
→  The principle of reflex action
◎ Wear it tight at the root of the penis in a state of that demonstrated,
so that they are strained. Strongly rising from the first time any force
can not afford.
→  The principle of alternative medicine and acupuncture point
◎ This is a temporary effect continuously, not for the ability
improves. ⇒ endurance improvement.
◎ Preventing premature ejaculation by inhibiting contraction in the
scrotum.
The  Characteristic  Features
Existing ring-shaped product should cause a temporary erection by blocking the blood going to the penis.
1. However,
the Sense Magic Band will generate a strong reaction in the base of the penis.
A feature of this band is to maximize the sexual function that was hidden.
2. Your penis becomes more stiff and longer than usual.
Therefore, you can enhance pungent pleasure with female partner.
3. In particular,
the band prevents premature ejaculation by inhibiting the scrotum shrinkage.
4. This is not for a temporary orgasm or stimulation.
The goal is to improve sexual function and continue satisfaction.
5. The principle of this band is alternative medicine and acupuncture.
6. Clitoral stimulation ball is only a secondary means to stimulate the clitoris in
women.
7. Everyone, regardless his age, can use it unless they have prostate diseases.
Product of “Sense Magic Band”
It may be nothing but a useless silicon band if you don’t know how to put it on.
None of your efforts, means or medications can surpass "Sense Magic Band".
★ The Korean Food and Drug Administration commented us to try to register as a medial device
★ Two patents are registered and the other two patents under reviewing.

www.sensy.kr Seller_Mail
Introduction
his company developing various research and supplies is a professional company. Last two years after the venture business start-up. - The management principle is (Make zero the chances of failure), and 3 years, the development of technology. Among them, Sense Magic Band, which will revolutionize the field of erectile dysfunction, is highly praised for its challenge to the Nobel Prize. Currently, it has entered the open market and proved to be 200% effective. However, it is in a state of shortage due to lack of funds and marketing ability. By registering this band as a medical device, it becomes clear what the limits of modern medicine (especially urology) are today. From drugs such as primitive treatments, such as inserting foreign substances into the male's dull penis, and vagabra, which causes serious resistance, how serious are the men in the land exposed to the side effects and become experimental animals in modern medicine? You will know it. This band is based on the principle of alternative medicine and the principle of herbal medicine, which is a miracle invention that makes a man's sexual ability over 200% soar. 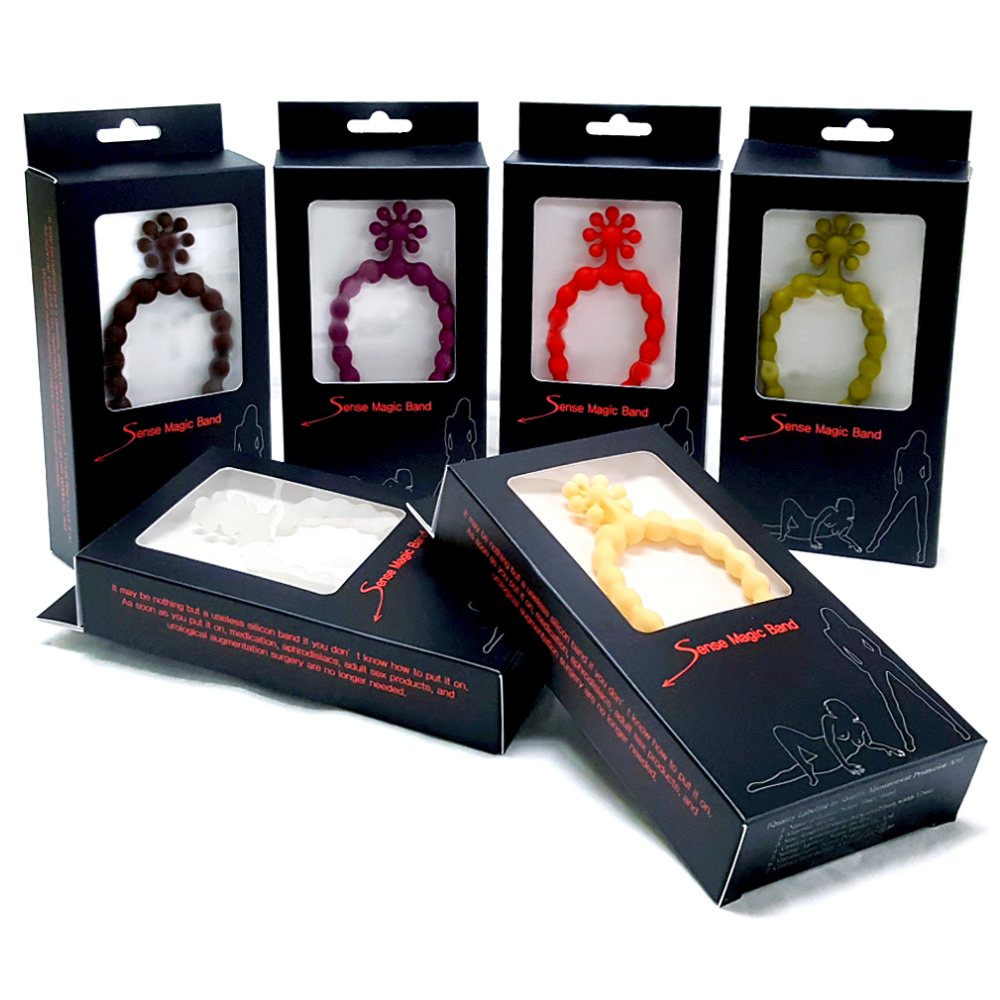 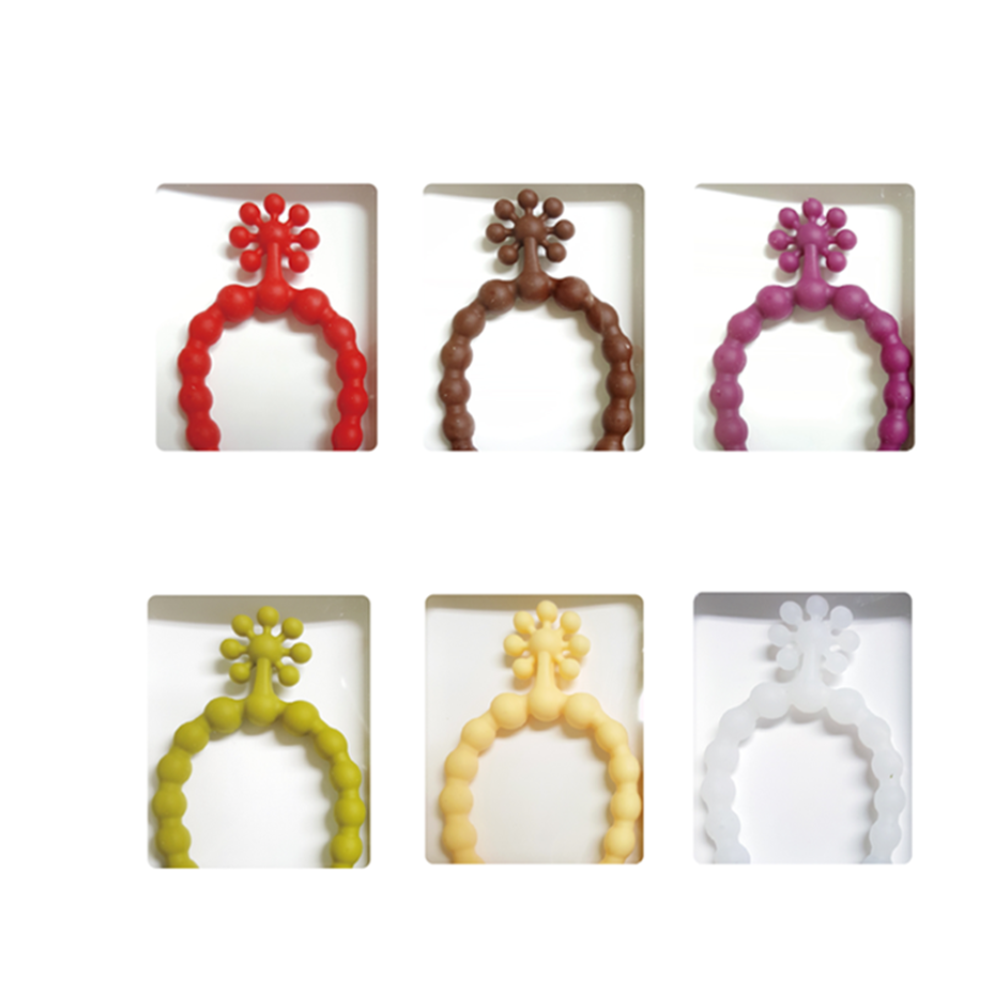 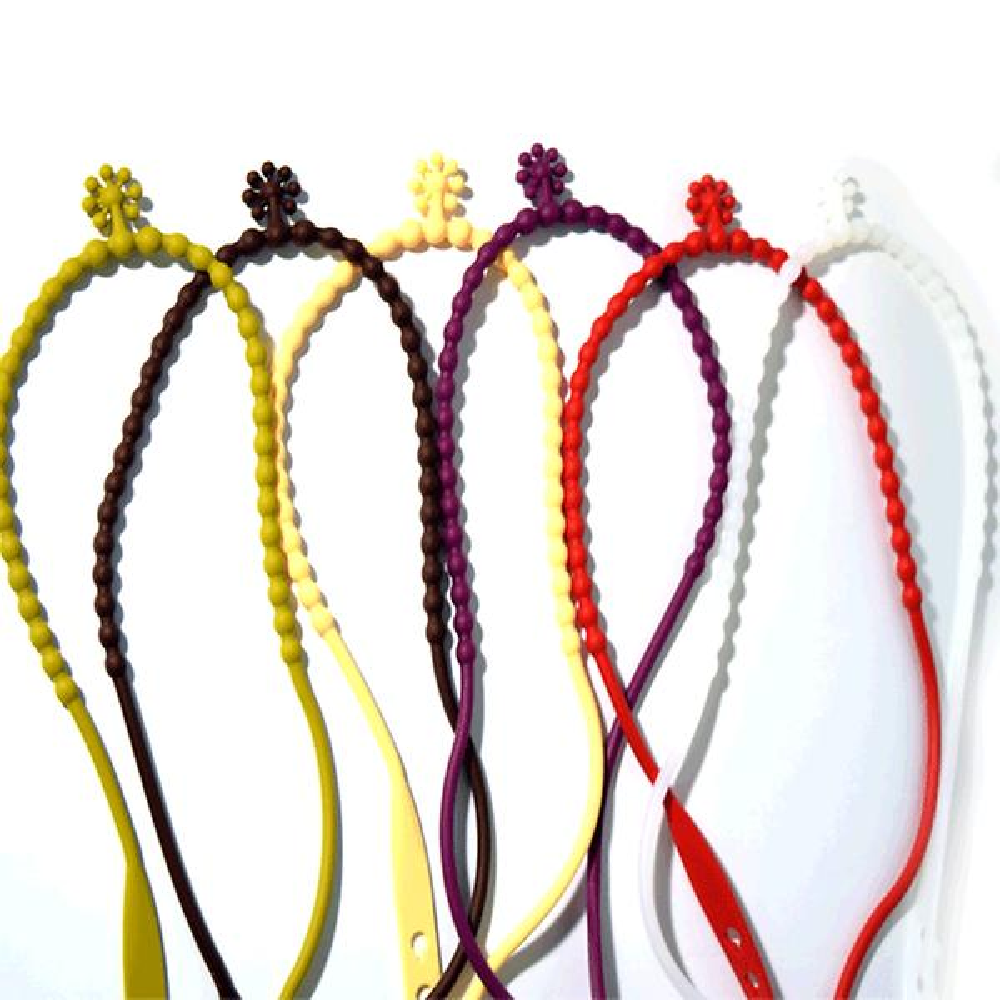