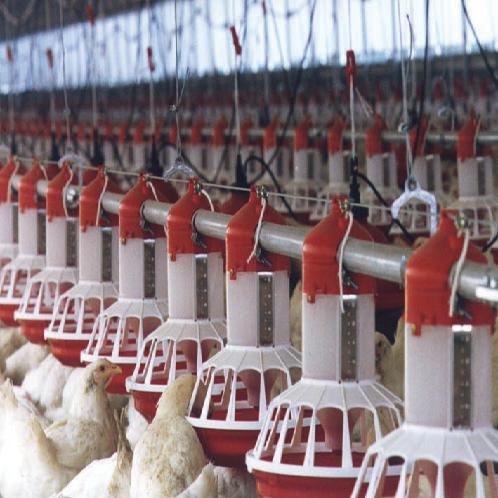 Capable of simultaneously adjusting the feeds quantity for breeders.

*The Conveying for breeder pan dispensers are available using disc cables and augers.

*It provides, by opening a cone shape poise, a simultaneous release of property quantified feed with 9 settings in a vertical concept according to the growth levels of the breeders.

*Using the exactitude of vertical dosing, feed quantity can be adjusted temporarily.

*Every fourth feeding line is designed for breeder cocks.

*Line designated for breeder cocks can use the auger feeding system.

*Thanks to the simultaneous release of property quantified feed from all the pan dispensers, the possibility of harm to death of breeders due to a sudden dash or thrust into crowded pan dispensers is non-existent. 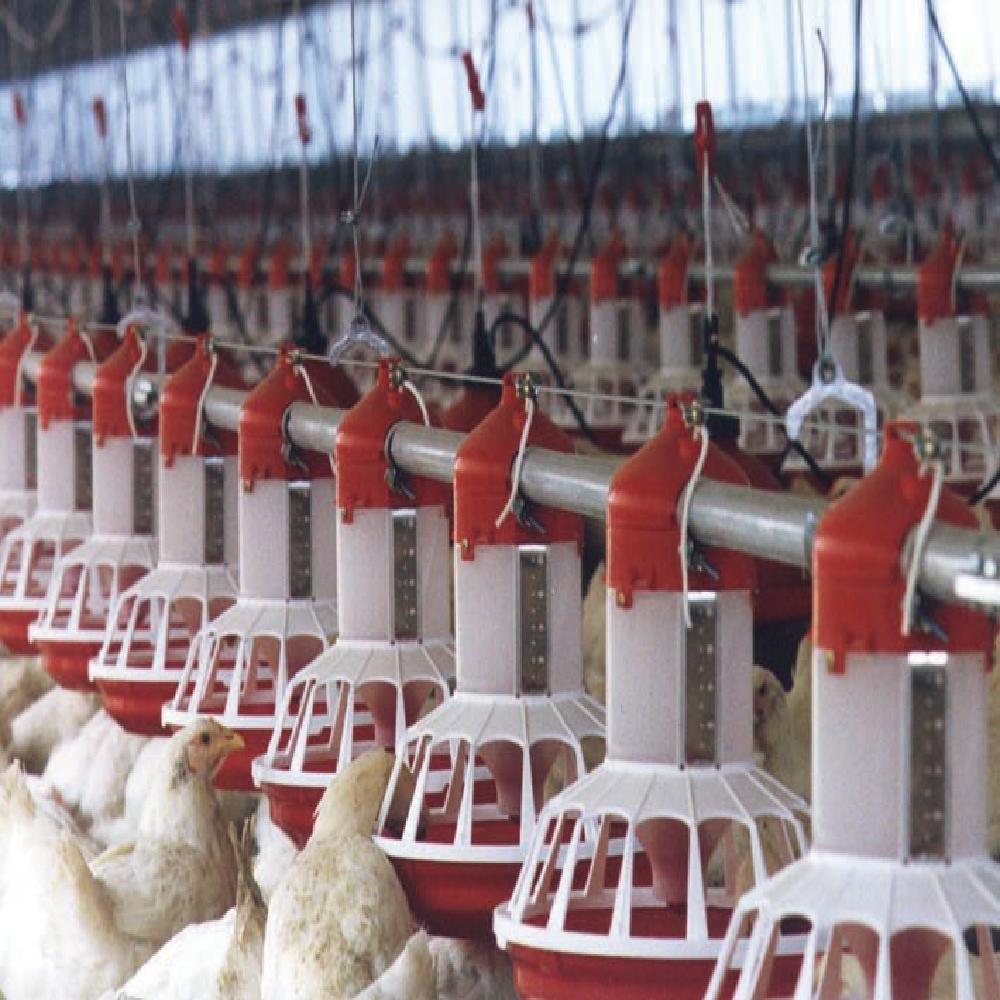