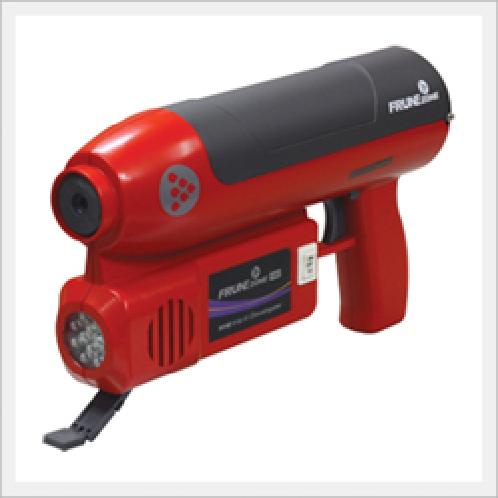 It is estimated that there are over 50,000 housing fires and over 25,000 vehicle fires on the annual basis, signaling that in our society, quite a few people are still insensitive to fire safety, and the existing fire extinguisher is left alone at their invisible corners although it needs to be visibly placed at housing or vehicle, etc.
In particular, the existing fire extinguisher is not easy to locate at night, has inconvenient procedures such as pulling out a safety pin, etc, and is separated from a lantern, which makes it difficult to use properly, leading to failure to extinguish a fire in the early stage, causing problems such as loss of life and damaged property. By function
- Using environmentally-friendly fire fighting agent that is harmless to the human body and an environment.
- Equipped with a lantern lightening darkness, warning light and alarm sound signaling danger.
- Developed for convenient use.(handgun type fire extinguisher that is familiar to all)
- Choosing a human-friendly design that allows a fire extinguisher left alone at the coner to be placed at a visible place.

By usage
- Simple multi-functional fire fighting equipment for extinguishing a fire in the early stage.
- No inconveniences of recharging regularly even after a long period of storage.
- Developed for possible use at any places such as a building, housing, factory, company, institution, and vehicle, etc.

Majority of the existing fire extinguishers use halotron, powder, and Co2, etc, and cause environmental damage, being less used worldwide, also having problems such as inconveniences in using a fire extinguisher when fire occurs.

How to use and functions

Car trouble
1. Take out the tripod holder at the bottom of the fire extinguisher for the use as a safety tripod.
2. Turn on the warning light.
3. Fix the warning light in the direction of signaling danger. 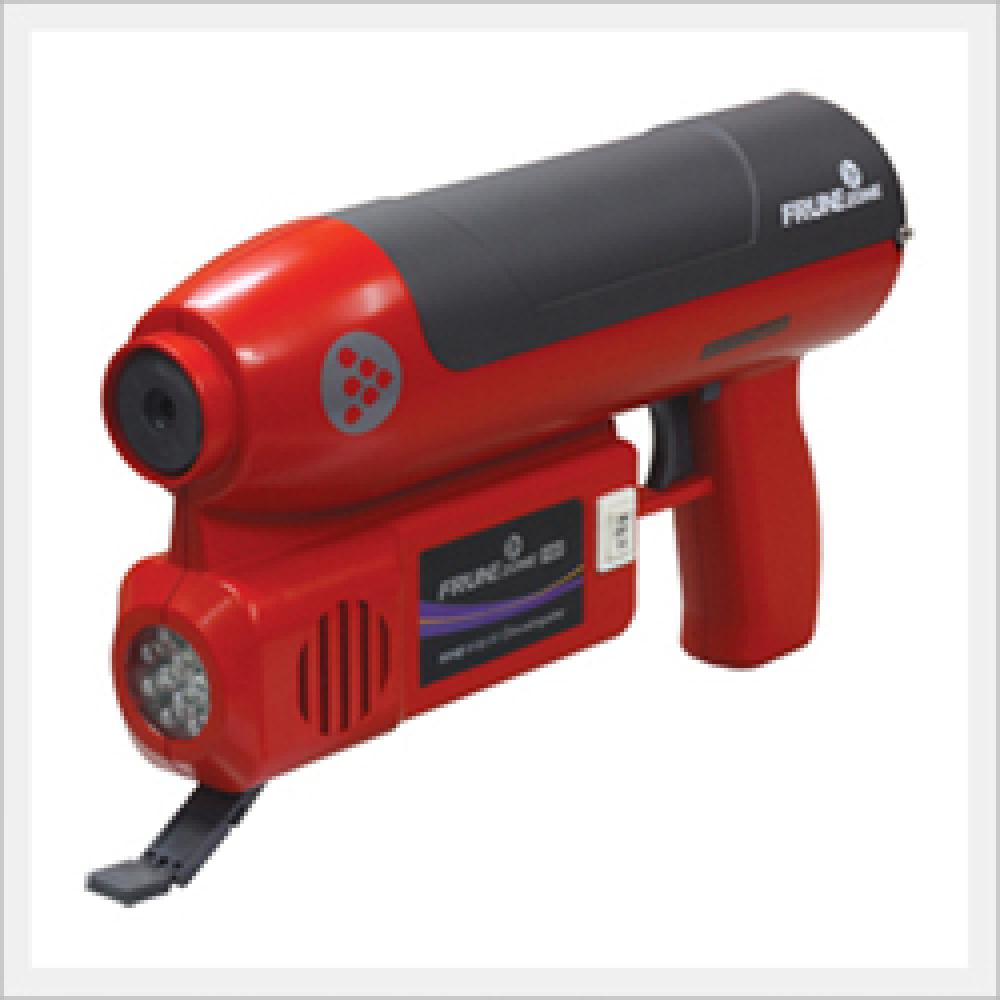