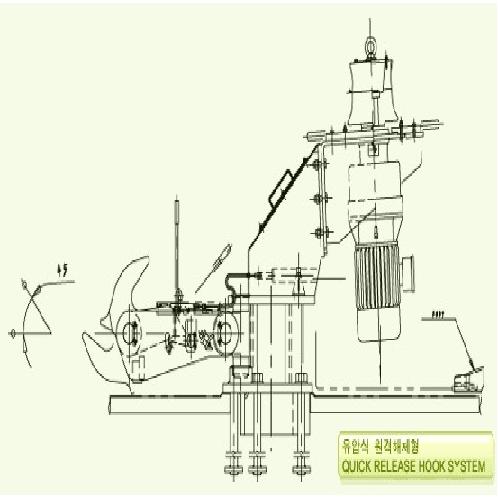 * Description QRH (Quick release hook) is the equipment used for releasing the mooring of large ships at harbor. The conventional pile type Ballard is difficult to operate and to release. QRH is easier and safer to use and operate when it is capable of quick release. In addition, it is very useful equipment in the fire or explosion accidents because it can quickly release the mooring. Currently, many QRHs installed in the domestic harbors are imported from overseas. * Key functions and uses In harbors where QRHs are installed, many ships can be moored in harbors by using QRHs. By making the hook moving horizontally and vertically, the mooring work can be improved. With QRHs, the mooring line can be controlled by minimum operators. Especially, the mooring can be easily released with remote control that the ship can be controlled safely under any circumstances including emergency. QRH can not only introduce the mooring devices for ship in the construction of new harbors but also replace the conventional mooring equipment, thus reducing the operating expenses by reducing the required manpower as well as facilitating the mooring works quickly, easily and safely. 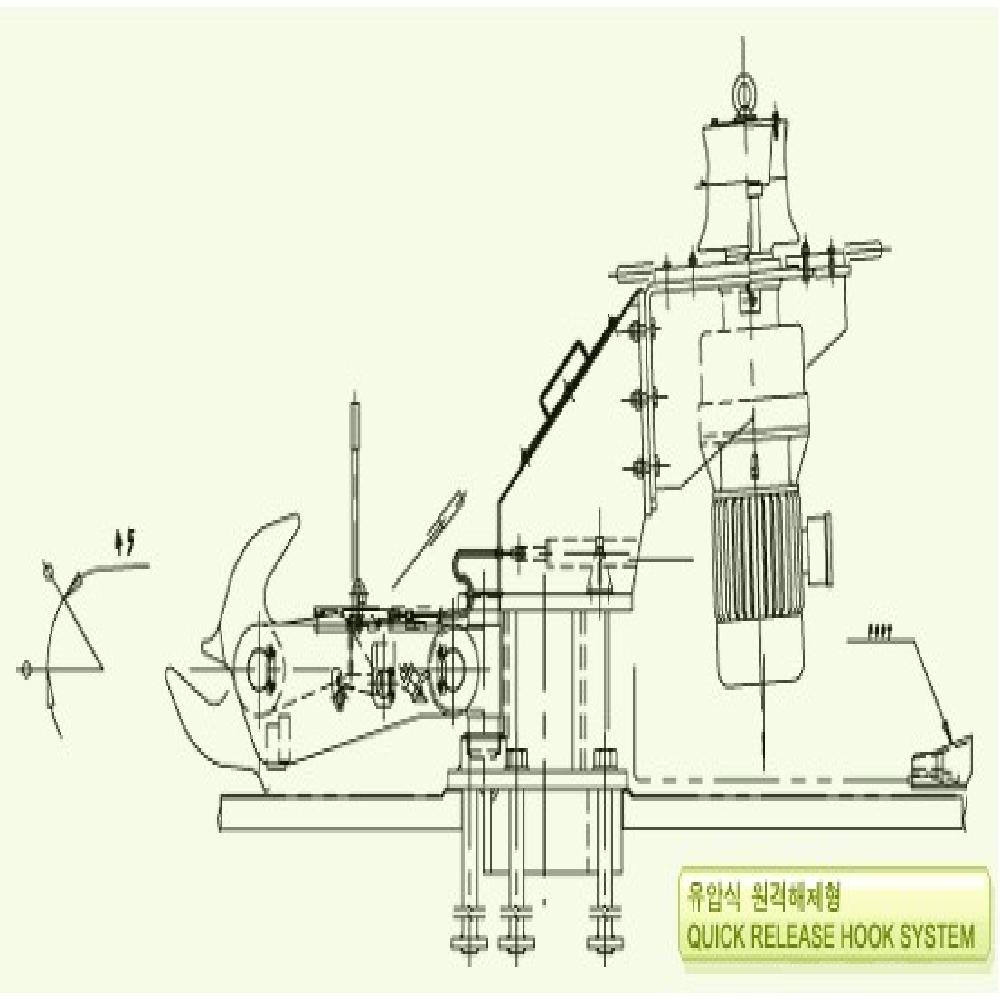