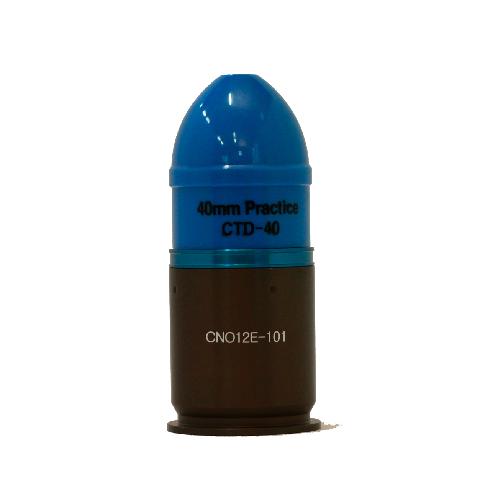 Introduction
As a product for 40-mm stray bullet shooting training, one can expect the same effect during training as in the actual combat. The sound of explosion and the emission of smoke screen are patented. It is a product developed for utmost safety during transport and it is used by applying new technology into the ammunition safety device.

Features
As an ammunition that is 100% compatible with existing the guns and shooters, it has a built-in safety device that uses new technology to guarantee the minimum safety distance during shooting training and in case of negligence while transporting and treating it. Thus, it has innovatively improved the user safety. The sound of the explosion is over 100 dB (measured at 50 m) at the hit sites that makes it possible to objectively record, measure, and have the same training effect similar to that of an actual combat.
In addition, the smoke screen emission of CTS-40 is patented. Its smoke screen emission feature at the hit sites enables it to be used in many ways, such as signal and target setting. 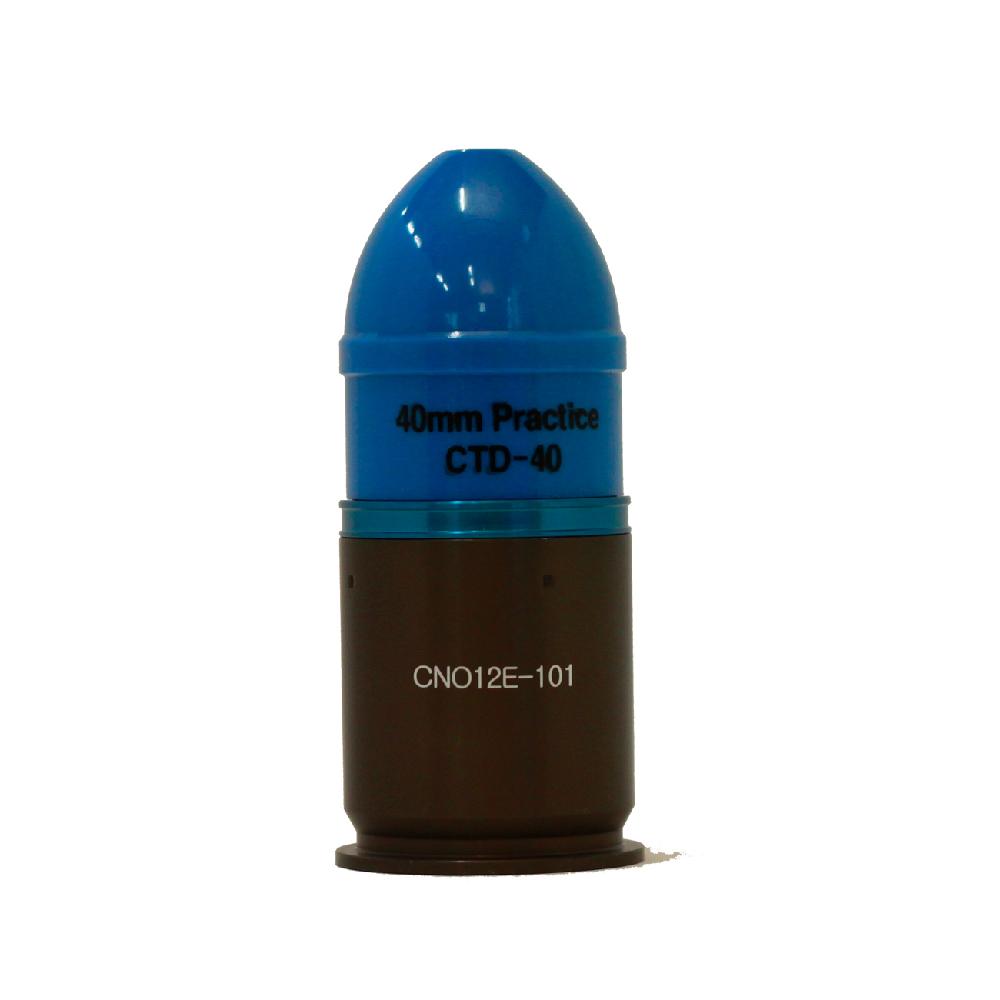 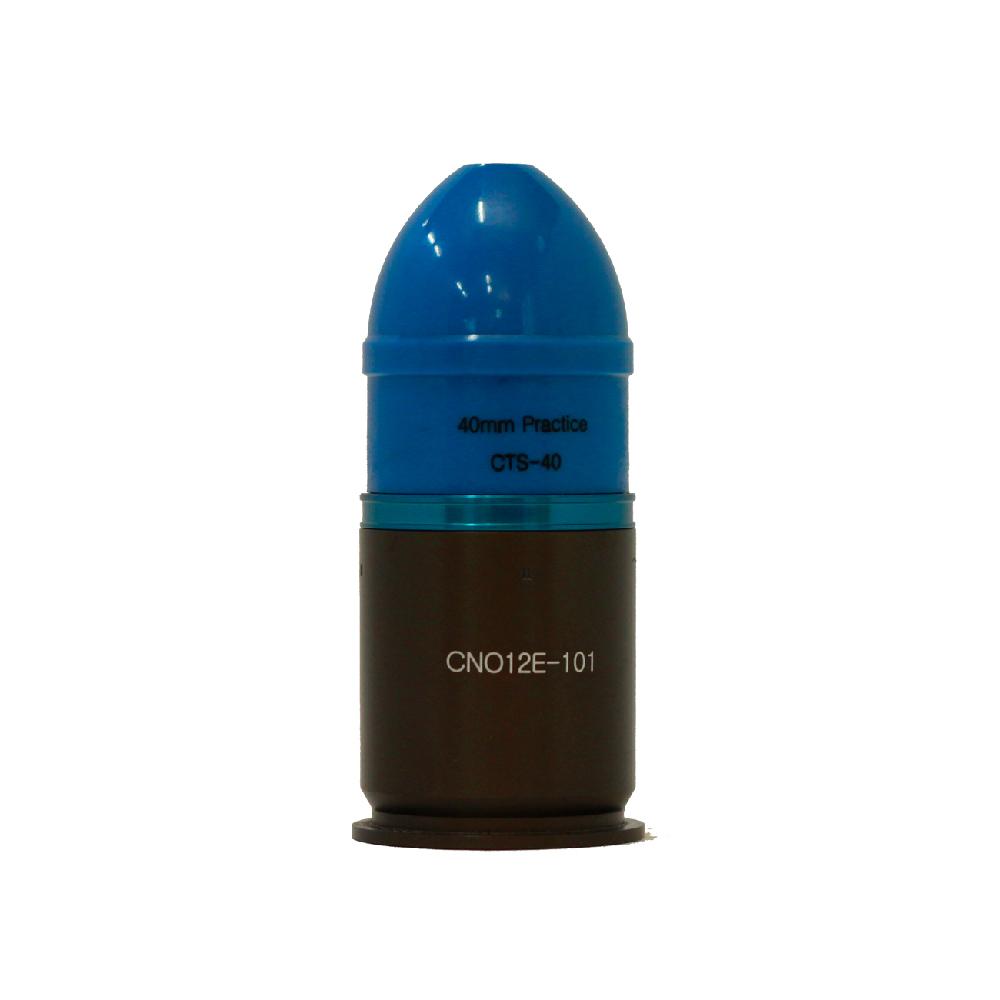