▷ To solve the problem, our product enables users to use their mobile devices with gloves on.

1. Our IN Smart finger and mitten gloves are the brand new products which makes up for the weak point in using the Smartphone, in other words, it covers you from the inconvenience of taking off your gloves when you are using the Smartphone every time. It looks like any normal winter gloves but it has been made of special fiber in the area of end of fingers of the gloves with conductive materials.
Even In cold winter you can use the Smartphone having gloves on.Also it works on any kind of touch screen Smartphone(capacitive type touch) like I-Phone, I-Pad, Galaxy-S, Optimus, Galaxy-Tap etc.


2. This is the cutting edge product, which have difference from other ordinary gloves. It also has a super duration so that you can climb, ski and cycle with gloves on. It used the warm wool as the main material, and the material is thick and it keeps warm status which wouldn’t make any fluff so you can use it in common life and outdoor activities even in the long-time uses.

3. The basic color of the gloves are very similar to the area of finger tip, no one can easily distinguish the both colors, It gives soft feelings. And the palm side were coated with silicon material in order to prevent sliding when you grabbed a Smartphone. It is 100 percent possible in handling the Smartphone with the help of tightened wool and conductive fiber. 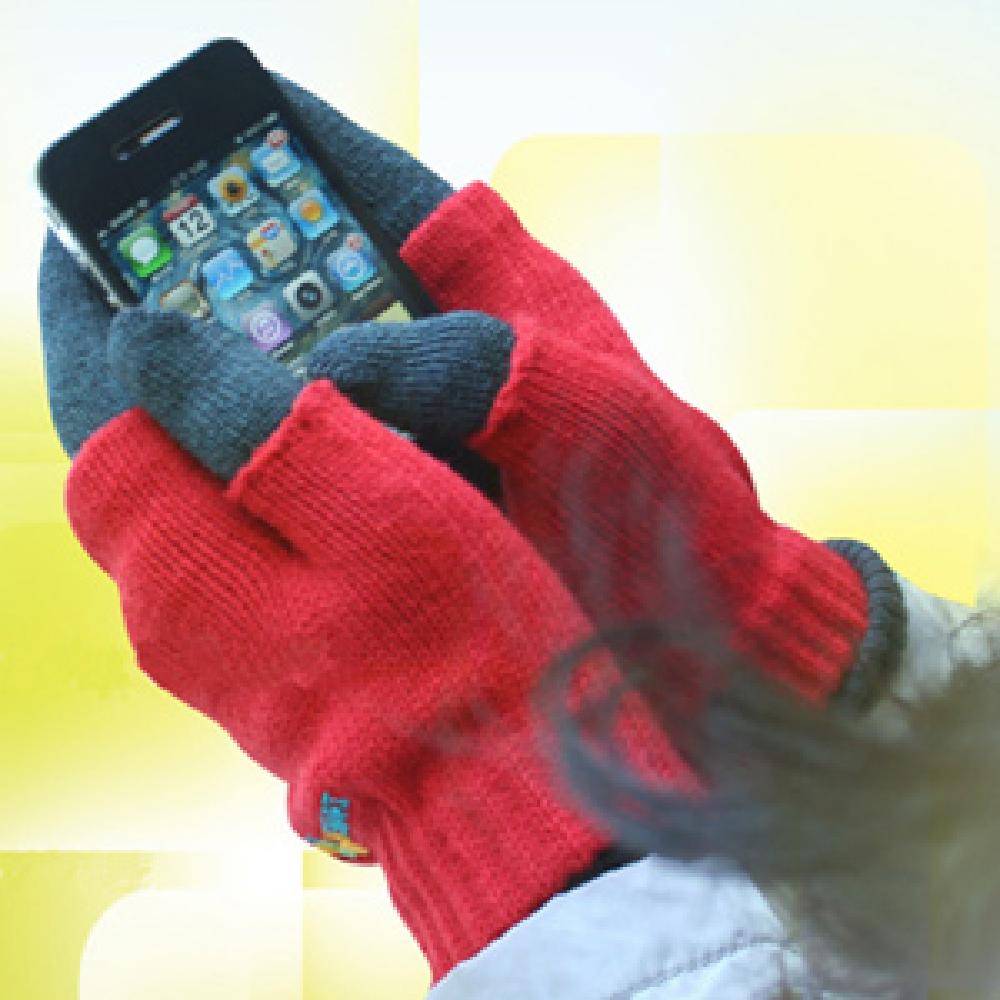