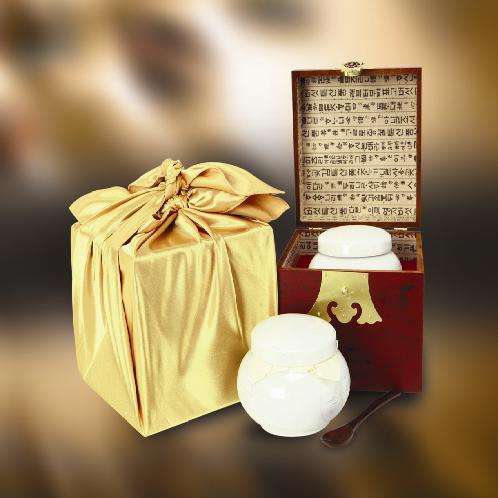 Source of Khubilai Khan's Power!
The products were beloved by Korean Dynasties in ancient times, and it is the best health supplements products naturally fermented for 144 hours made mainly with Korean sea cucumbers and gyeongokgo which is one of the 3 well known korean tonics.
It is well-known that “red steamed ginseng” produced in mountain area is in harmony with “trepang” called as ginseng at sea in terms of flavor and nutrient. From old times, red steamed ginseng has been famous for its efficacy: anticancer effect, improvement of liver function, and treatment effects for hypertension, arterial sclerosis, cardiac insufficiency, anemia and diabetes. Trepang containing lots of protein, calcium and iodine speeds up metabolism and purifies blood. So it is not too much to say that the two are a natural match.

1. It is efficacious for weak physical constitution, chronic diseases of stomach and intestines, and chronic wasting diseases including palsy, sequel, bronchial asthma phthisis, and     undergrowth.

2. Since it helps creating blood and raises vigor, it is efficacious for all sorts of chronic wasting diseases, menopausal disorder, bad liver function and chronic fatigue. In particular, it is effective for postpartum care of pregnant women.

3. Since it eliminates a toxin by drawing off waste materials in the interior of body, heavy drinker and smoker can experience enhancement of functions of liver and lung.

4. It is a good remedy for blood pressure disease and heart disease such as cardiac insufficiency because it strengthens heart.

5.Since it raises vigor, it is effective for reinvigorating energy.

6.It is efficacious in preventing cancer due to its anticancer effect.

7.It is effective for enhancement of power of concentration and stamina and mental stability of examinee who need strong body and mental strength,Chronic fatigue, decline in energy, diabetes, inappetance and improvement of mental power.

8.Since it eliminates sense of hunger of person who is on a diet, but, at the same time, doesn't deteriorate our health and physical strength, it can be an effective assistant for treatment of obesity.

144    This product is made of only Korean natural trepan, Korean
red steamed ginseng, Korean best medical herbs and honey
is made in Korean traditional method for 144 hours. 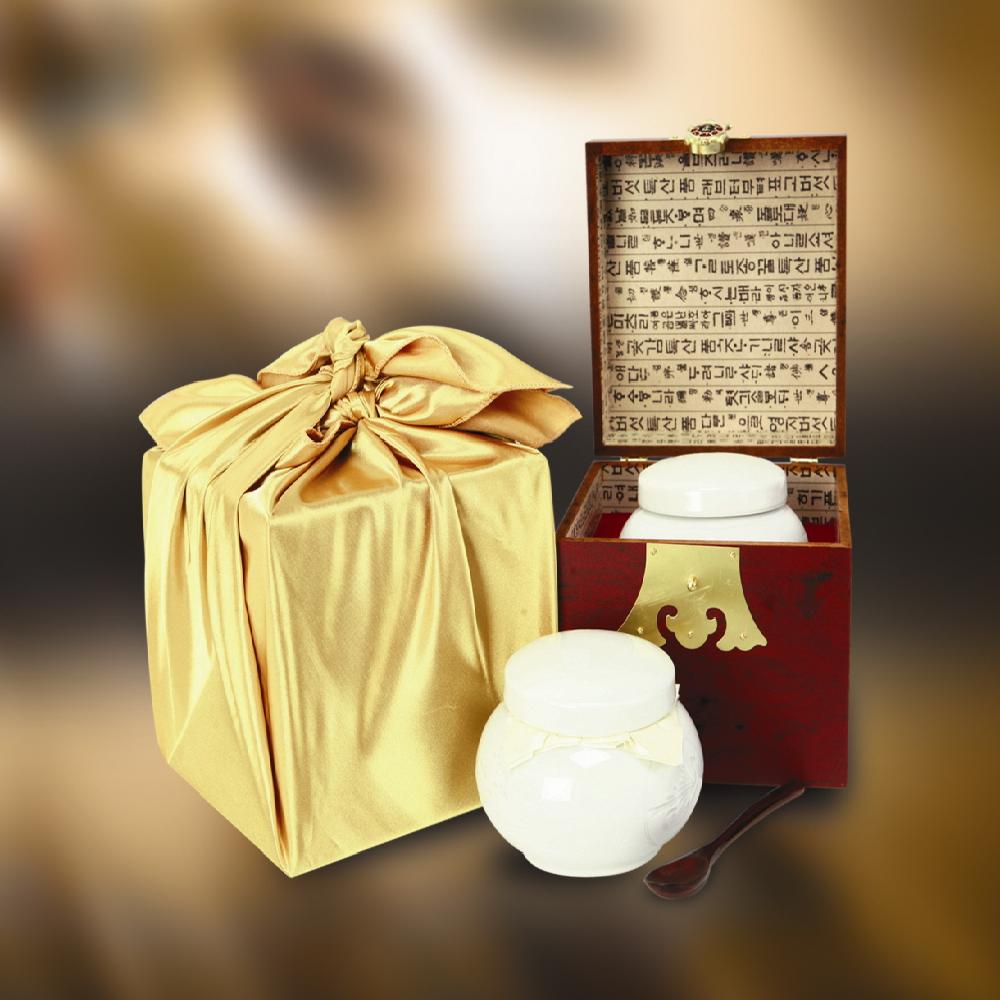