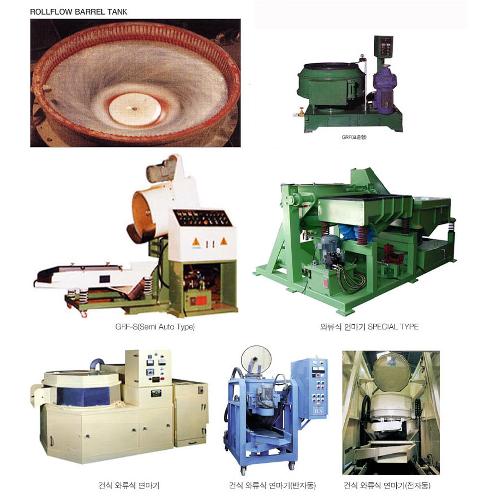 Through such process, the barrel media and the parts can form a severe vortex flow and rub against each other, generating a powerful cutting force or a polishing effect.

The reason that the machine has not been used widely despite such features is because residual barrel media or the parts got stuck in the cap between the fixed wall and the rotary table, causing the machine to malfunction in many cases, and also because the cap worn out easily, causing lots of difficulties in carrying out A/S services, such as PU lining replacement. However, our machine is an innovative one that can resolve such problems completely. 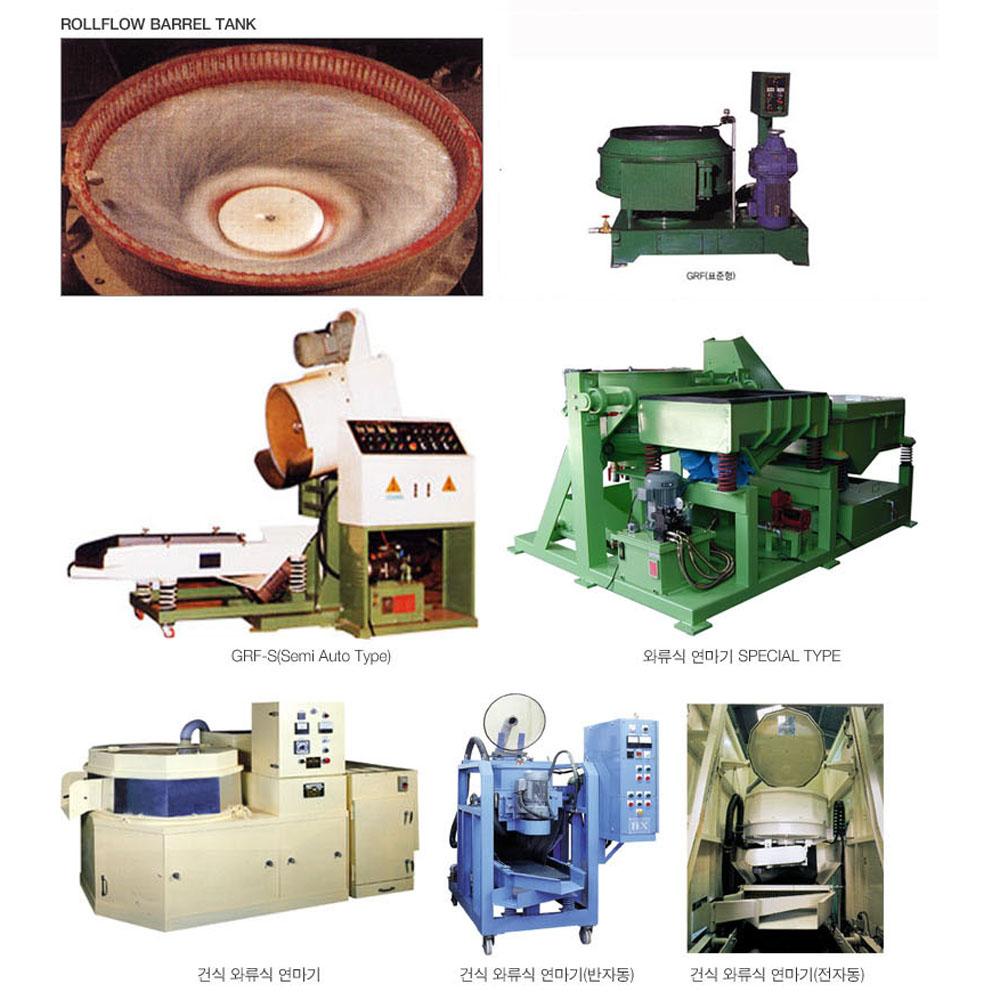