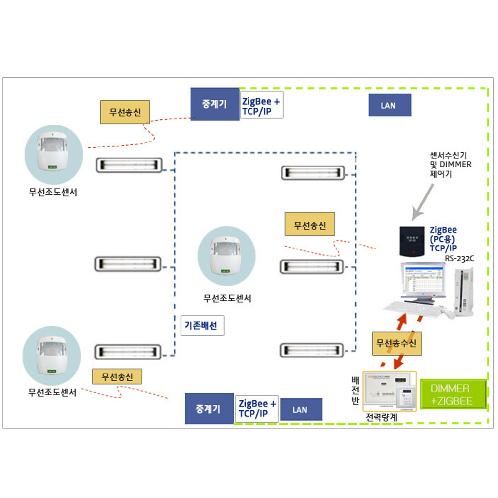 1. When the illumination value is radioed from a sensor, the computer compares it with the reference value and varies the intensity of the light output to prevent unnecessary power consumption.

2. If the room is too large to radio data, ZigBee + TCP/IP module is utilized as a repeater and data are collected through existing LAN network. The computer is capable of bidirectional data communication with the dimmer.

3. As the power consumption data is transmitted to the computer via the energy meter (watt-hour meter) installed at the rear of the dimmer, it is possible to check the reduced power consumption in real time, which can be converted into carbon dioxide (CO2) emission and displayed.

4. The management software makes it possible to print out reports in various formats such as department, site, building and period after collecting energy consumption data from the dimmer.

5. If occupancy sensors are connected with ZigBee module, it automatically turns lights off after the space has been  vacant for a period, resulting in the reduction of energy consumption.

6. All data are controlled by the computer and can also be done by smart phones in the future. 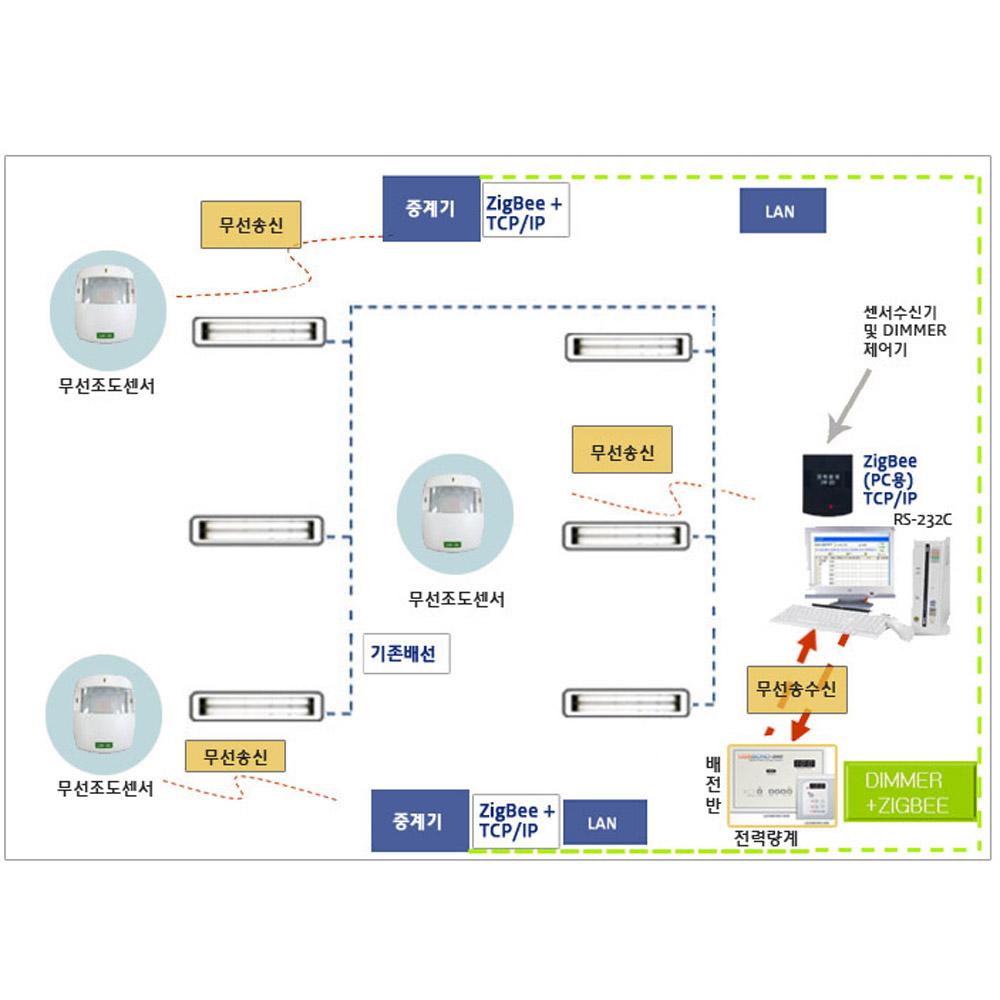