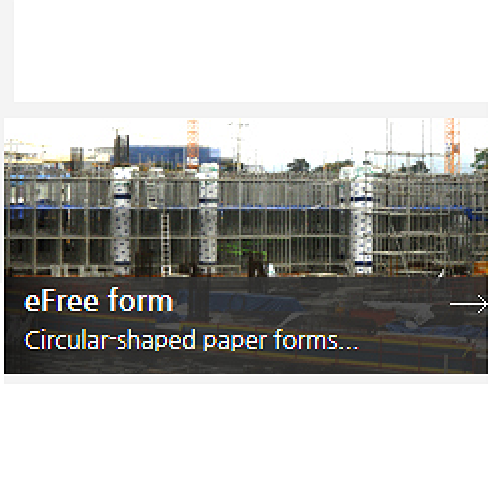 1. To make holes on paper forms, water-proof treatment and reinforcing of such forms should be made.
2. Install the forms corresponding to the arrows that serve as guide for construction.
3. Install a support (paper form band or other support) for the paper forms from a certain position so it won't move while pouring concrete.
4. As the paper forms are lightweight, the forms can be put up by supports, some tools, by a crane or by force from people.
5. Paper forms can be placed covering the steel reinforcement structure. Be cautious that the steel reinforcement does not come into contact with the inside surface of the paper forms.
6. Do not use paper forms, if it exhibits any deformation, damage or other defects.
7. The paper forms should not be supported by cranes or movable facilities.
8. Ensure the horizontal or vertical balance while assembling them.

1. Install a support (paper form band or other support) for the paper forms at 1/3H position from the top of the forms to prevent the forms from moving while pouring concrete.
2. Fix the bottom of the forms on the ground using "ㄱ" shaped clamps in every 60° (at 6 points) or in every 90° (at 4 points) in order to prevent the paper forms from floating due to buoyancy while pouring concrete.
3. Paper forms may be used together with other types of forms or structural materials.
4. In order to install it on the bended connection area, ensure the connection between beam forms and column forms.
5. If support must be continued on the top layer, the pillar locations must be identical for both top and bottom.

1. Be cautious not to touch the inside surface of the forms during vibrofloatation.
2. Do not pour concrete if the paper forms were exposed to moisture.
3. Make sure to conduct vibrofloatation on the side while pouring concrete.

1. Paper forms can be quickly and easily removed 24-48 hours after pouring concrete.
2. The forms must be removed within 5 days.
3. When removing the forms, cut one side or two sides of the forms vertically. Use a circular saw to cut the forms. Adjust the cutting depth depending on the thickness of the paper forms. If cut at an inappropriate depth, caved marking may appear on the concrete surface.
4. Use a cutter to cut the top and bottom of the paper forms at least 30 cm in depth. Then gently tap the cutting area with a screw driver or other tools to separate the paper forms from the concrete columns. Strip the paper forms in a spiral direction until completely removed from the column.
5. The paper forms must remain until the density of the concrete inside is dense enough against a dead load or work load. Extra caution is required when stripping the paper forms as to prevent it from getting damaged by impact or vibration of the structure. An approval must be obtained from an authorized institute before stripping the paper forms.
6 Assign a responsible personnel for removing the forms and proceed with the removal under the direct supervision by the said personnel.
7. No one other than the authorized personnel should have access to the forms during the removal.
8. Do not remove the forms in severe weather conditions such as hale, heavy rain, snow storms, or any other condition which may cause potential risks for work.
9. Be cautious of any debris during the removal of forms as to not cause any damage to other structures or injure people. Ensure the safety of the surrounding environment at all times. If any accident occurs, the constructor will be held liable due to lack of proper construction management.

1. Be cautious not to touch the inside surface of the forms during vibrofloatation.
2. Do not pour concrete if the paper forms were exposed to moisture.
3. Make sure to conduct vibrofloatation on the side while pouring concrete. 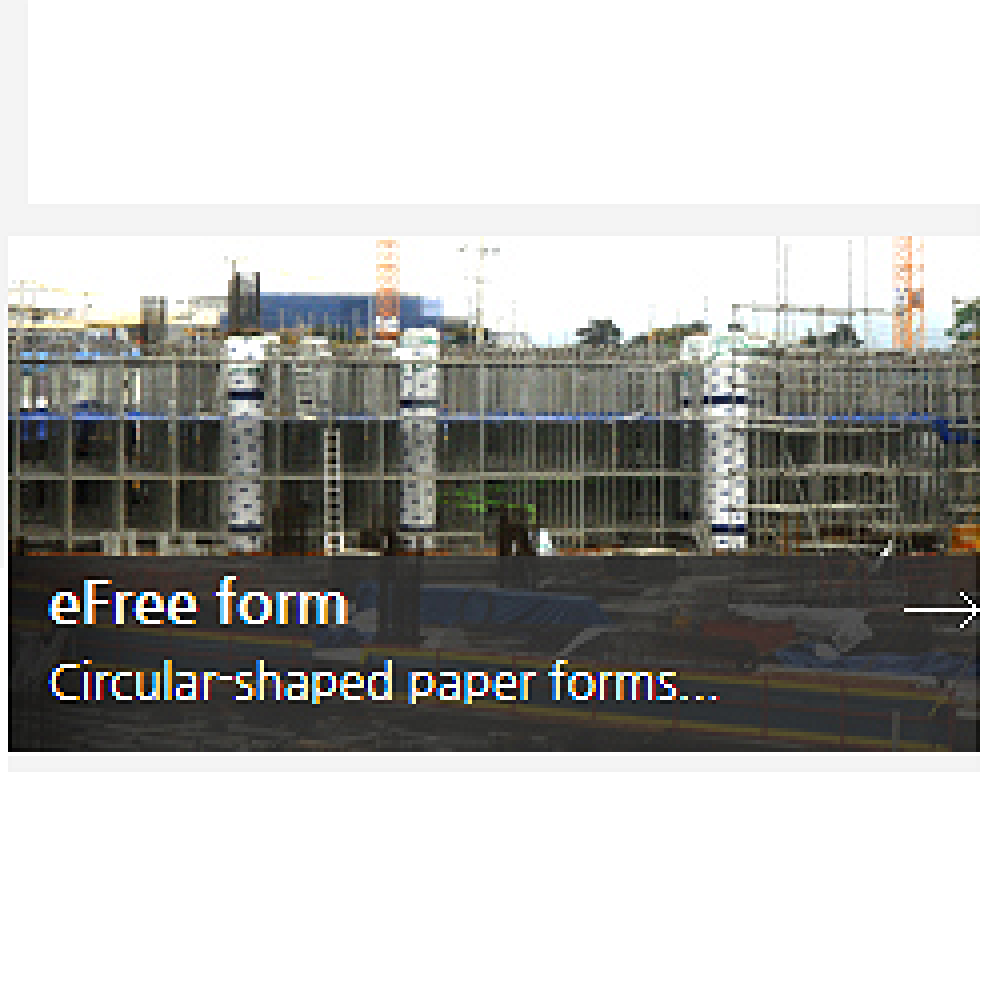