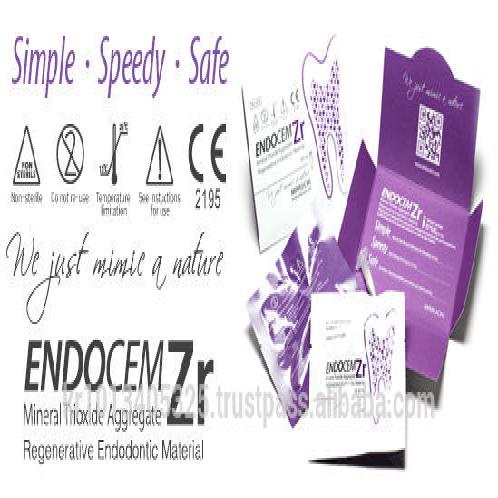 ENDOCEM Zr is a next generation MTA with minimal discoloration and calcification. Its physical properties include enhanced esthetics with a tooth color formula; excellent sealing property and biocompatibility; less discoloration; and decreased calcification, optimized for partial pulpotomy of anterior teeth.

Apical view of tooth extracted 1 year after intentional transplantation (retro-filling with ENDOCEM Zr) was performed for regeneration of alveolar bony tissue. No tooth discoloration is found. 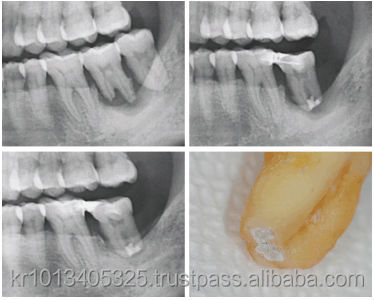 Crown of a wisdom tooth which engages IAC was removed and partial pulpotomy was performed using ENDOCEM Zr, extracted 8 months after treatment. No discoloration whatsoever is found at the sectioned surface of the extracted wisdom tooth.

However, it should be noted that if bacterial growth ensues, ENDOCEM Zr surface may become discolored because ENDOCEM Zr is multi-porous in structure and has no cytotoxicity. Also, long term exposure to saliva or tissue fluid could cause degradation of the surface, and thus cause the surface to darken.
To avoid discoloration, treatment should be done with bleeding controlled, and the surface of ENDOCEM Zr should be covered for protection by composite resin after setting.

This SEM view shows thin layer of secondary dentin on the ENDOCEM Zr contact area, with healthy pulp tissue free from infiltration of inflammatory cells or calcification of pulp chamber or root canal.

Partial pulpotomy performed using ENDOCEM Zr and resin filling restoration on a fractured anterior tooth.
Unlike conventional MTA cases, there is no dark color observed underneath the restoration. 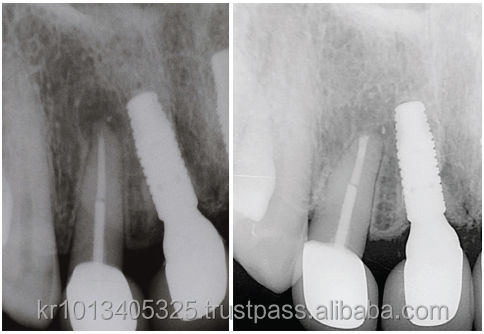 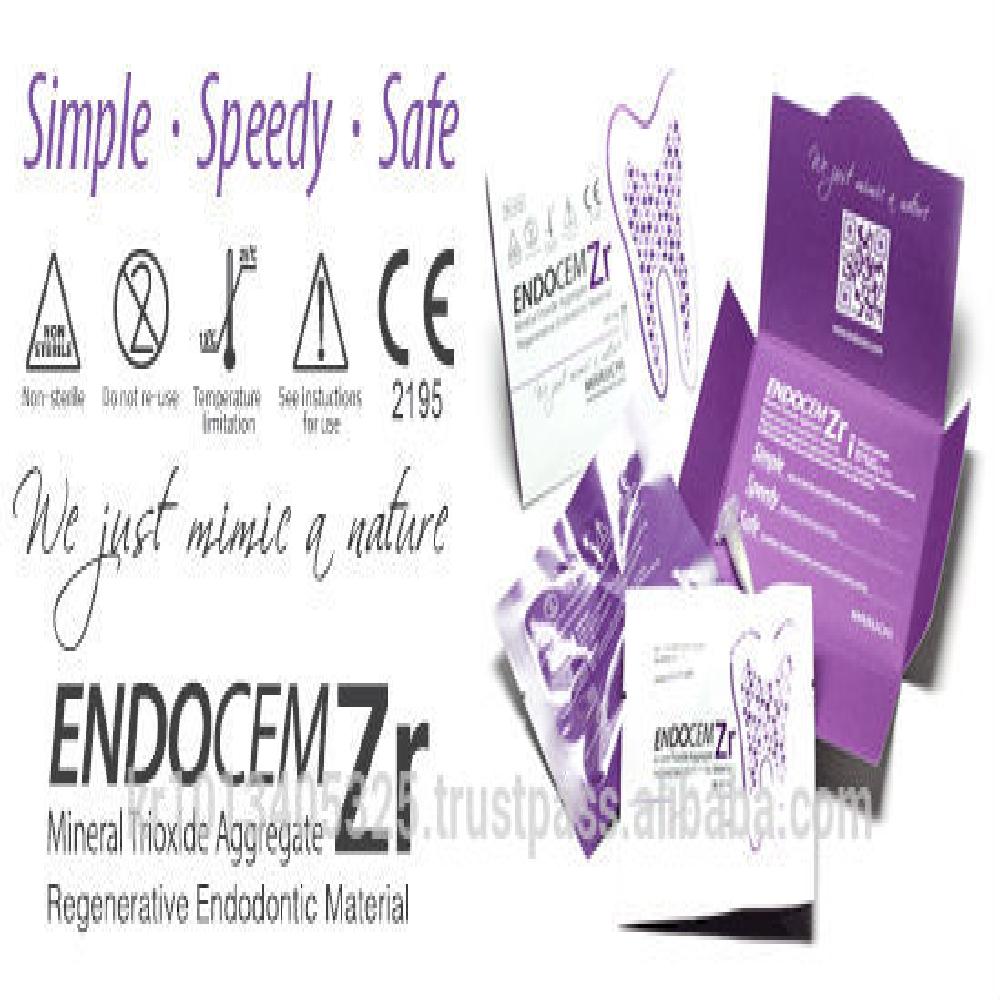