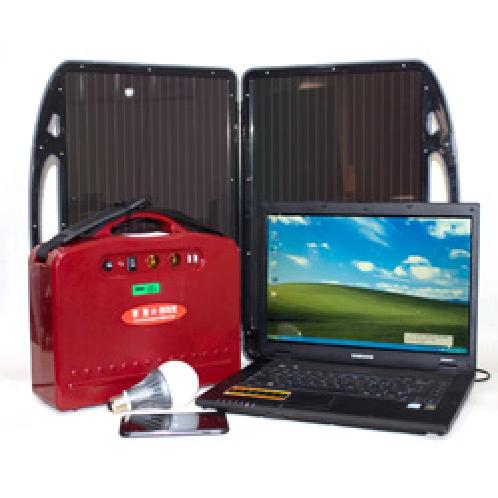 Photovoltaics System 240W
Photovoltaics System 240W is the product available for electricity independently with making use of Portable Generator and folding Solar Module 20W. It can be used 5W LED lamp for more than 48 hours consistently with one full time charge.
Portable Generator 160W obtains KC Korea Safety Certification & PSE Japan Safety Certification and makes it designed as stable, moderate for battery equipped with self-developed artificial intelligent digital charger. Reduce its weight use of Lithium Iron Phosphate, more than 1,500 times for charge discharge cycle, increased by 3 times than AMG battery. As the reason of using Pure Sinusoidal inverter 300W, there’s no noise. It can be used for precision instrument, medical appliances. Battery protective LED lamp developed by Kwangwon electricity, protect its battery and extend the battery life. LED lamp is a basic composition of portable generator and doing its function as lighting. It has three kinds of port that is USB, Cigar jack and A/C power. So it can use several products with one portable generator at the same time. Charging system is possible not only Solar charge but also A/C power. It can also charge by cigar jack for vehicle. Specially, designed as charged by A/C power 80V~240V with all over the world
Folding Solar module 20W is directly design & produced neatly and exclusively by Kwangwon Electricity. It is made of high efficiency single crystal cell that is from U.S and increased charging efficiency, designed as folding it is very convenient for carrying. Simply by control its switch, it can charge for battery 12V & 24V. Stands designed to be control with four-step Solar angle 40°, 36°, 30°, 21°. 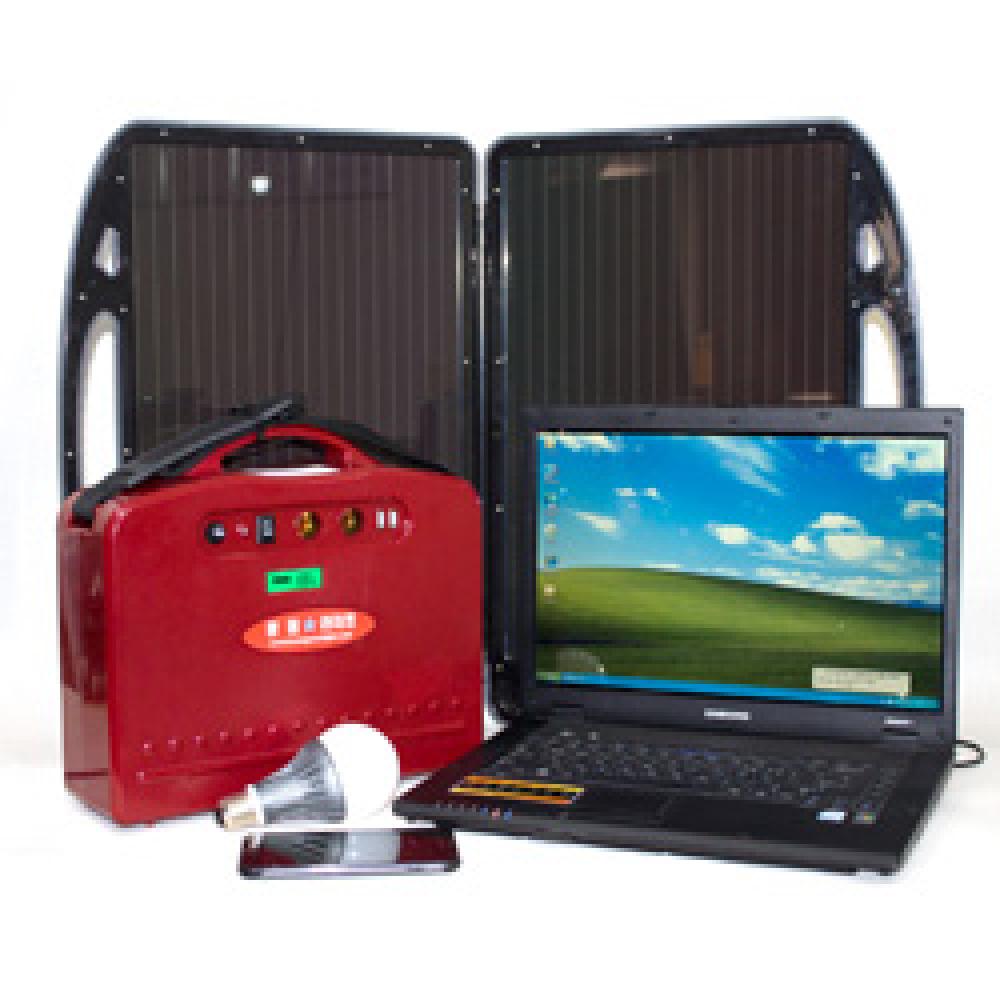 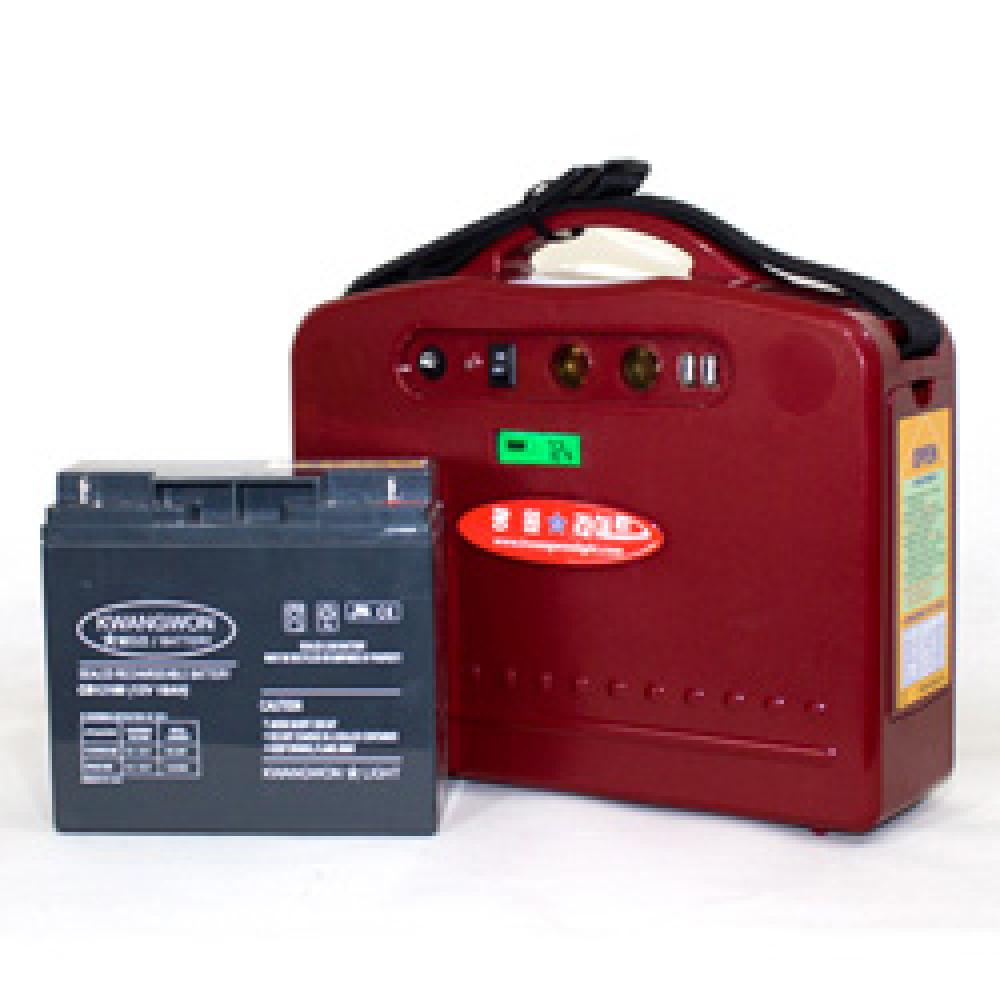 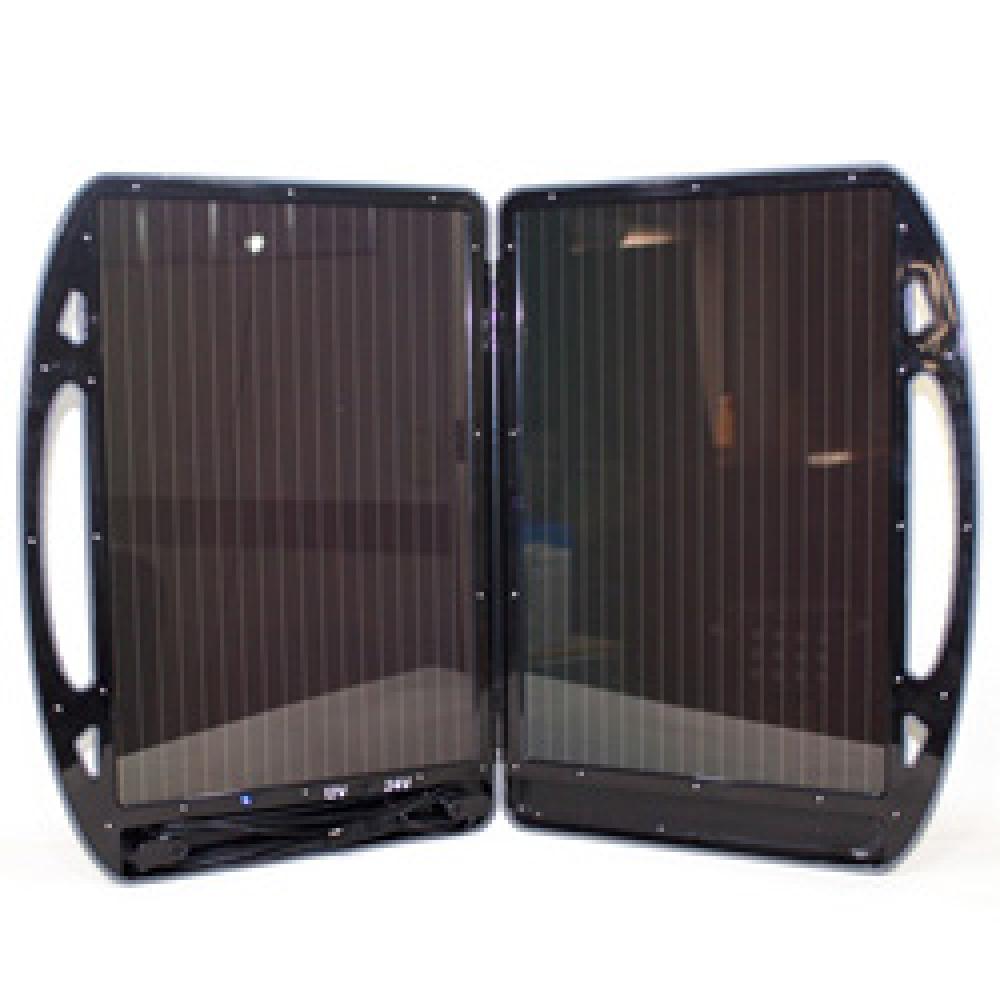