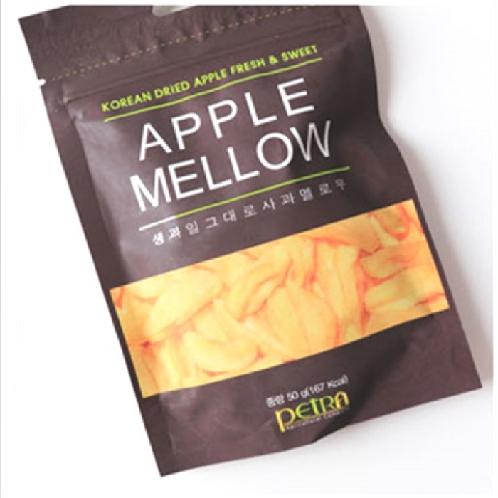 [Features]
The Apple Mellow is export strategy product using domestic fruits and manufactured in South Korea. Firstly our product has a safety advantage. It doesn't contain SO2(sulfur dioxide) causing allergic reactions and deadly result to asthma sufferer, whereas most of foreign products contain that and have the problems on hygiene and ingredient inspection. So our product assure of safety content to consumers.
Also it has not only low sugar content than other products, but also it has proper sweetness. That‘s a result of our consideration and efforts for offering both of health and taste to consumers.
In product inherent features, it has good taste with sweet-sour and jelly-shaped texture. Also it is more thicker than others, so it present good mouthfeel as well. Furthermore consumers could it take easily as refreshments without inconvenient washing and paring.
In conclusion, Our product “Apple Mellow” is a certain apple-dried product and offers all of health, taste with food safety and simplicity to eat.

Seller_Mail
Introduction
Our company, Agricultural Corporation PETRA, is a food manufacturer. Since founded in 2015 september, we manufacture domestic dried fruits products such as Apple, Pear Mellow and Apple Bread. First we could explain our dried fruits products : Apple Mellow & Pear Mellow Our dried fruits product has a common strengths. Firstly There's no sulfur dioxide in our products, causing allergic reaction and deadly to asthma sufferer while most of the imports from abroad contain it. Also We use domestic raw material and produce them in Domestic sanitation. So it proves more food security it-self than the foreigns. Lastly it contains a lower sugar, mostly 20% lower than others. Apple Mellow and Pear Mellow has good taste with jelly-shaped texture and more thicker than others, so good mouthfeel as well. Apple Mellow is more sweet and sour while Pear Mellow contains a litte cinnamon, so it fit well in the product taste, flavoring clean and exclusive taste. In sum, We are sure of our dried products's quality, safety, health, and taste before everything. In the second place we introduce our Apple Bread product. The product named "Apple Bread" was devised as a special food product of Chungju city since Chungju is famous for producing apples. This product is composed of domestically produced ingredients such as apple and rice. It has both of healthy and Tasty, not only lower in content of flour but tasty as well. The shape is cute and makes people get easy to eat at a mouthful. The texture of product is Ex-crispy, in-moist and that smell attract people. 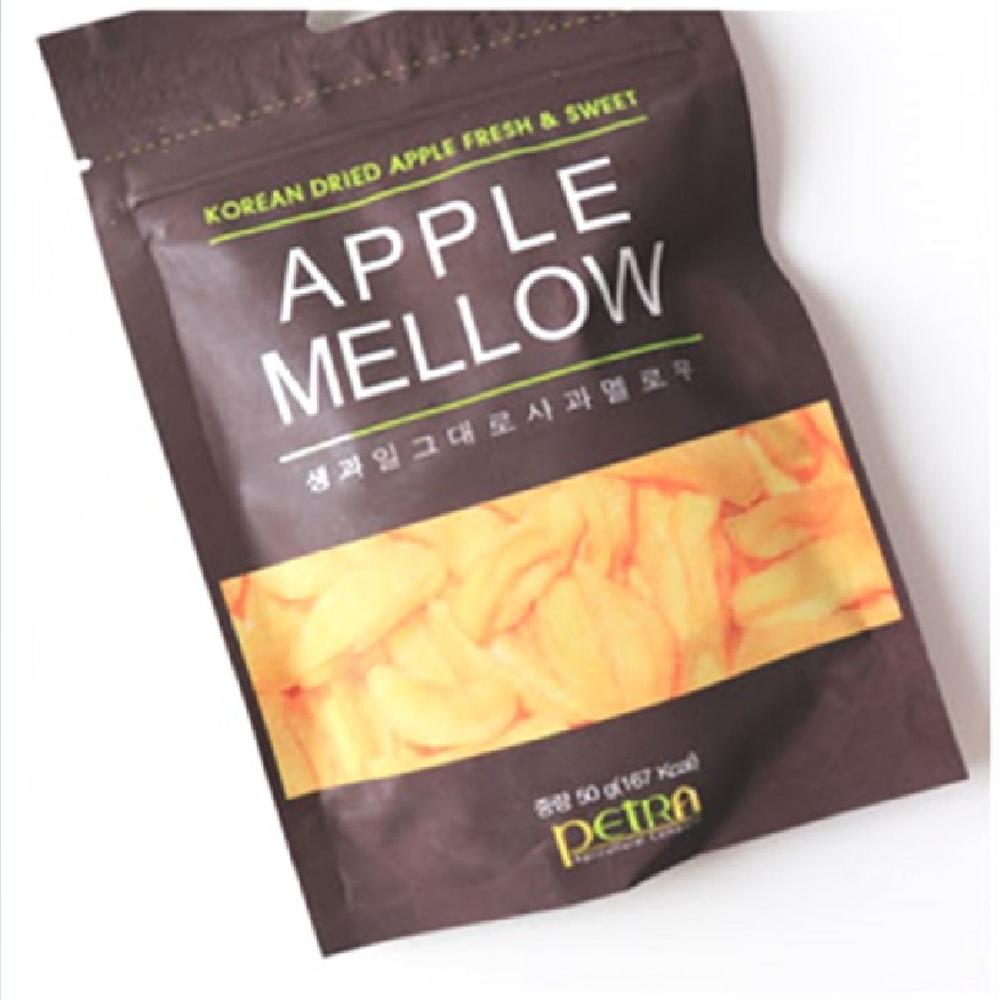 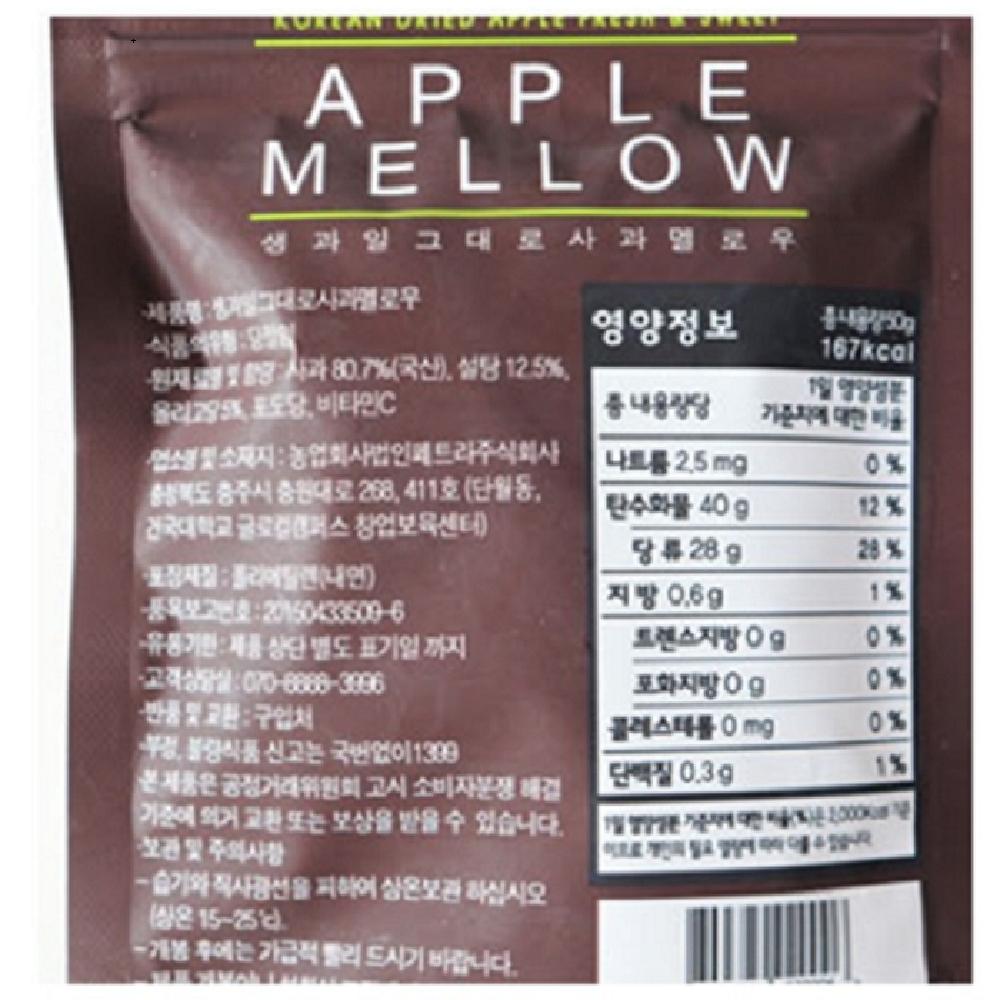 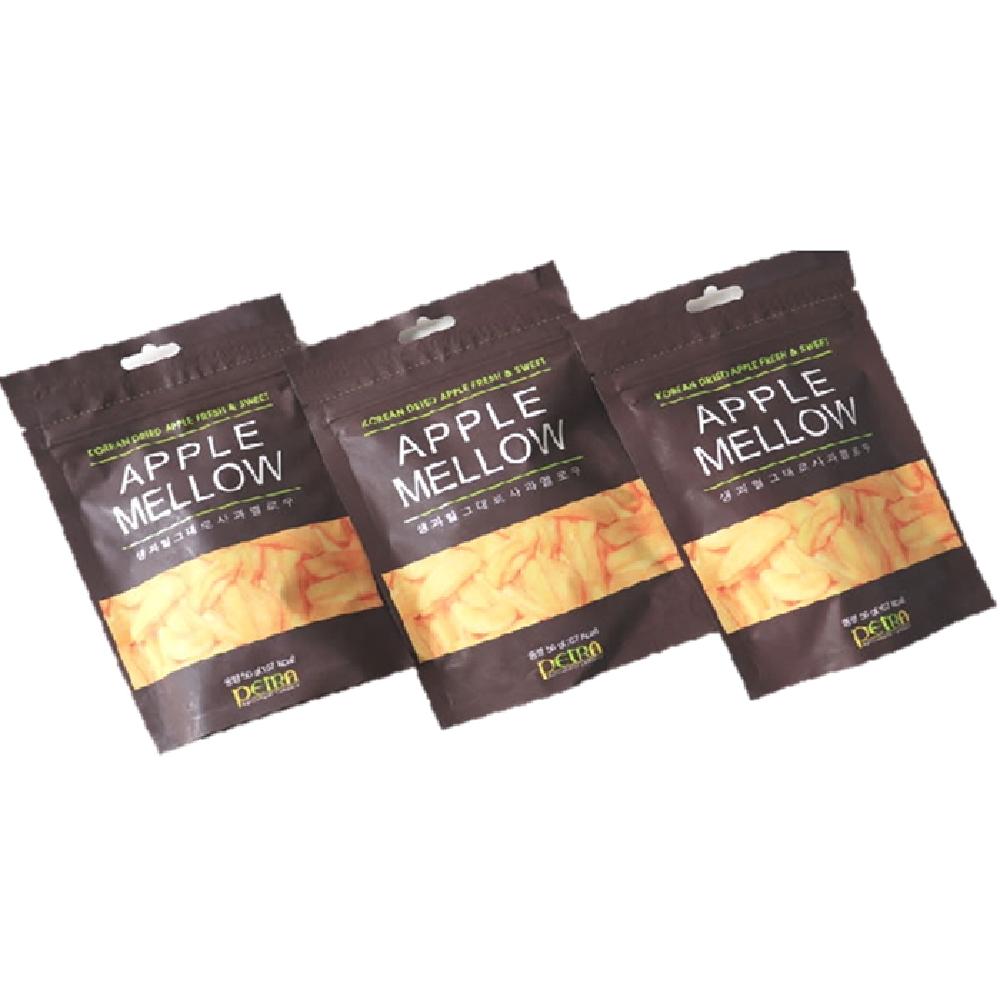 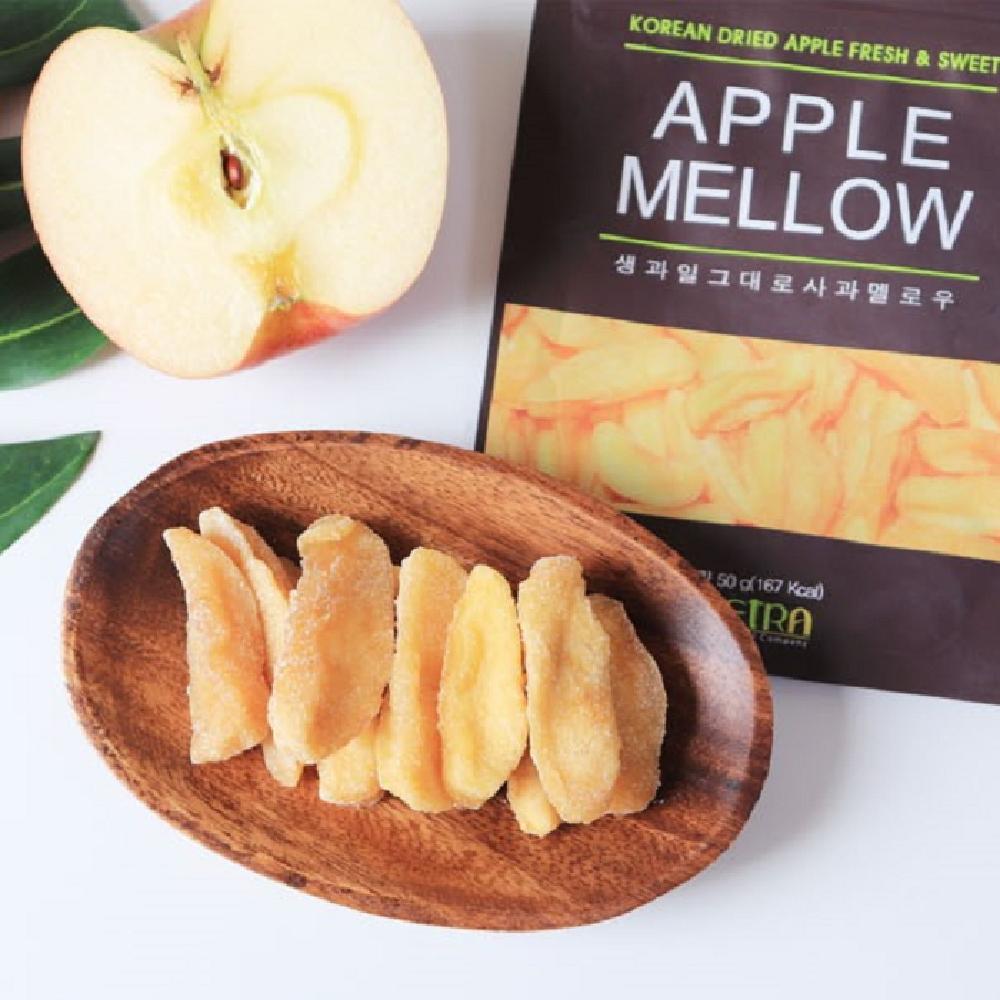