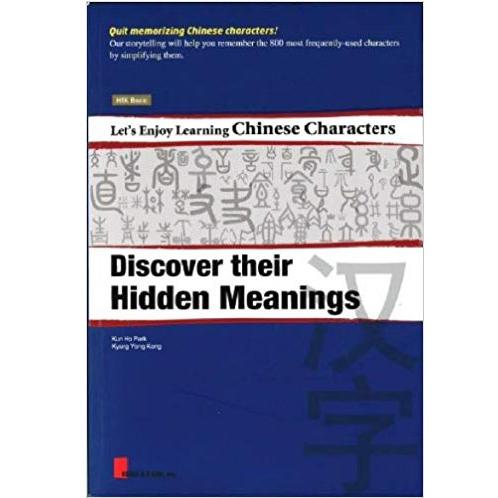 Chinese characters are represented as pictograms which are based on the shape of objects. If you feel even slightly disheartened that you will have to memorize each one if them, then do not worry. Just as the English language learning system is based on alphabets (A, B, C, etc.) which are a set of characters that represent the phonemic structure of the language; similarly, Chinese language has about 250 basic and radical characters. Remember that you can combine these Chinese characters or break them in order to easily read, write and understand them.

How must one learn the basic characters?

This book is written to help you understand the origin and usage of each character. Now you can recall instead of memorize. To remember means to strengthen the synapses which connect your brain cells. Synapses can be strengthened by stimulating the five senses—smell, hearing, taste, vision and touch. When multiple senses are used together, the memory lasts longer. Better results can be achieved when such stimuli is coupled by unforced repetition. One good way of strengthening the synapses is to repeat the same stimulation. This book expands on the basic character by adding parts that give new meaning in a radical form. This means you are exposed to the same basic character multiple times.

Learning that can be used immediately

By learning how these Chinese characters came to be, you can also learn how adding a certain component changes the meaning. For example, the character "色 [sè]" meaning ‘color’ depicts a person (⺈) on top of another person (巴) in the act of sexual intercourse, which causes one to flush in excitement. Once you know that origin, you will be able to understand why "色 [sè]" also means ‘lust.’

"The authors of this book have conducted extensive research on Chinese lexicology, etymology, phonology and grammar, and now share their expertise with Chinese language learners. Learning Chinese characters takes more time and effort for those whose native language uses alphabetic writing systems. The authors solved this problem by reinterpreting some of Chinese characters in their own imaginative ways. This extends readers’ horizons and helps them to make sense of the structures of Chinese characters through the use of interesting stories and fascinating cartoons. The characters in this book are organized around topics such as people, life, nature, etc. for the sake of easy recollection. The book helps learners to build their Chinese character and vocabulary base by grouping relevant characters and their associated words and phrases in a family in a systematic way. This book is an indispensable aid for people who want to master basic and commonly used Chinese characters and vocabulary within a short time. It is also a very useful reference book for Chinese language teachers."

"Learning Chinese is a daunting challenge for new learners, both in speaking and writing. While the challenge of listening to and speaking a new tongue is common to all languages, written Chinese presents a challenge on a whole different dimension. While most languages require just the memorization of an alphabet to learn the basics of how to read, Chinese seems to offer no such tool. It seems like an impossible task to memorize how to read and write hundreds of characters, and many give up early on. In that regard, this book offers a unique tool. It provides almost an alphabet-like tool that makes it unnecessary to memorize each character individually, from scratch. It also makes it possible to guess at the meanings of characters that you have not even learned—making vocabulary-in-context learning of the Chinese language also possible. And its insightful commentary regarding the shape of each character adds appreciation for this beautiful language. I would highly recommend this outstanding tool to any new learner of Chinese."

"Playful cartoons and amusing storytelling may deceive serious students at first glance, but this comprehensive collection of 800 of the most frequently used Chinese characters will allow the reader to move past pinyin and learn to fully understand and appreciate the ancient language still in use today. Make use of this new and exciting way to undertake the seemingly impossible task of memorizing Chinese characters! Characters are broken down by fun explanations, quick references, examples, and color coded notes that piece together puzzle-like parts to create a whole picture of understanding.. Several learning tools such as dissection of pictograms, stroke order, and vocabulary lists are included, to name just a few. Ideal for foreign students beginning to learn basic characters as well as for students preparing to take the HSK or Chinese Proficiency Test, this text will assist readers to further understand the meaning of all Chinese characters!"

“Language is among the most important elements in a culture, and Chinese is no exception. Increased interest in China from those outside has led to a corresponding interest in the study of Chinese as a foreign language. As one of the world’s oldest and most complex language, however, Chinese may have already scared off many prospective learners whose native tongue is English or other languages. Chinese speaking feature a daunting array of variety and diversity, ranging from Mandarin to Cantonese and many minor dialects. People may suggest learners to start with a practical form of speech before proceeding to the more diverse forms. On the other hand, written Chinese is another story. Whether you agree with the idea that speech is primary, writing secondary or verse versa, what really makes Chinese hard to learn is its various characters. Note that Chinese characters have the longest history of continuous use. Learning Chinese characters poses different challenges for adults compared to children. Children usually have stronger phonological processing and vocabulary memorizing skills. They can memorize many Chinese characters without truly understanding the meanings of them. However, for adults, it could be a problem handling abundant Chinese characters without understanding them. This book tries to decompose each Chinese character and, as a result, helps readers to understand the origin and usage of each character. With the logic exposed, it will be easier for readers to make sense of parts in each character. This book will be of great use to both academics and regular learners interested in how to manage the complexity of standard written Chinese.”

www.kongnpark.com Seller_Mail
Introduction
KONG & PARK, Inc. Gong & Park, founded in Korea in 2000, is a publishing company specializing in Chinese characters that researches Chinese characters and develops textbooks on its own. Our research team compiled more than 3,500 Chinese characters as a result of more than five years of research, and developed an easy and fun way to learn Chinese characters in 250 basic characters. In addition, a patent application was filed in 2008 and registered in 2012 to patent a mechanism designed to make each basic character repeat itself naturally by placing it in a radial manner as other basic characters are added around each basic character through a diagram to facilitate the learning of the basic characters. From 2012, Gong & Park began to publish Korean-Chinese, Chinese-Chinese, Japanese-Chinese and Chinese-language textbooks in English, Spanish and other foreign languages and distribute them around the world using its own research and development of Chinese character content. Accepting the request of the Korean English-language publishing company to take charge of overseas distribution, the company has naturally diversified its business to distribute Korean books abroad. Transparent Supply Chain Management System Gong & Park, as representative of Korean institutions or publishers, has taken charge of overseas distribution and developed a supply chain management (SCM) system optimized for overseas distribution for transparency of distribution. Through SCM, Korea's publishers, distributors, salespeople, wholesalers, bookstores, and forwarders are connected to each other in a seamless and transparent manner. Each publisher can check the factory, elevation, and settlement of the books in real time from the SCM. Spread Korean Books Around the World! Since its launch in English in 2012, Gong & Park has been conducting the most aggressive marketing to promote Korean culture and export books abroad. Our efforts as a pioneer in the export of book-finished products, which have been barren, have come to a great deal of fruit, and have become a medium for active marketing. 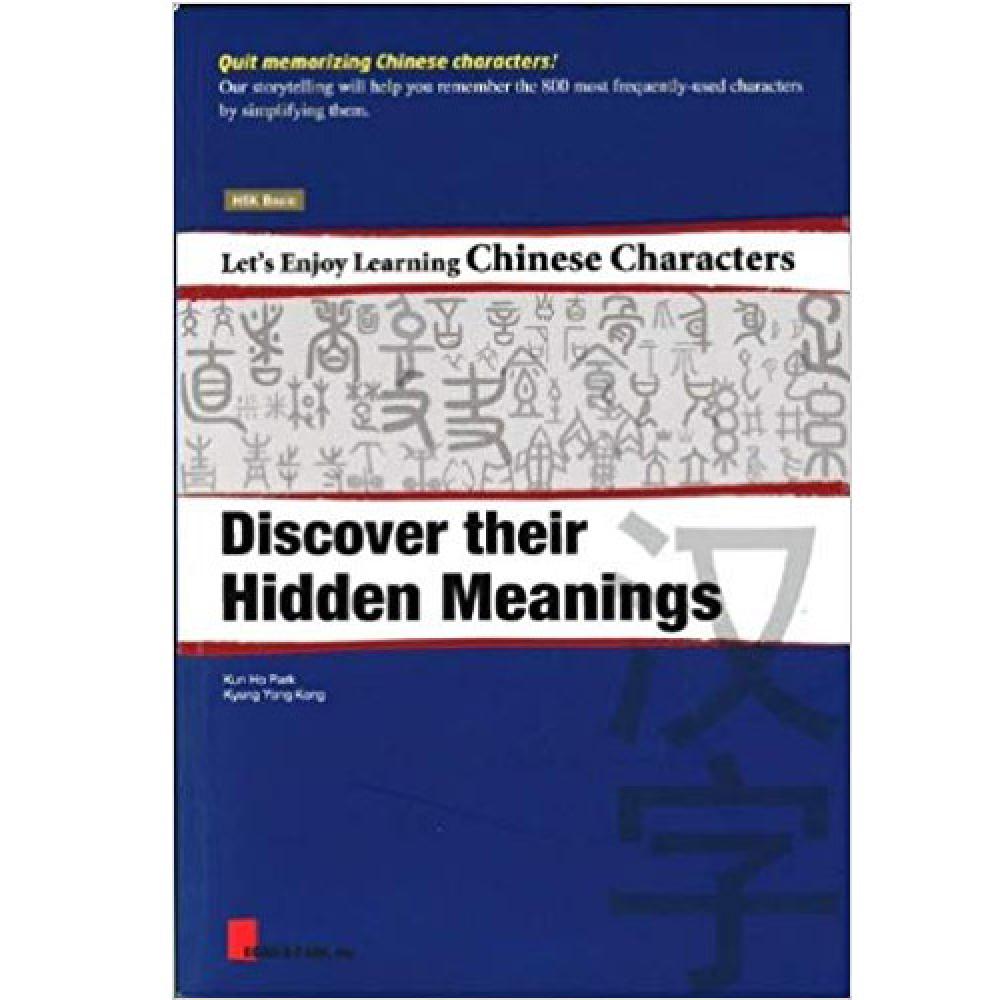