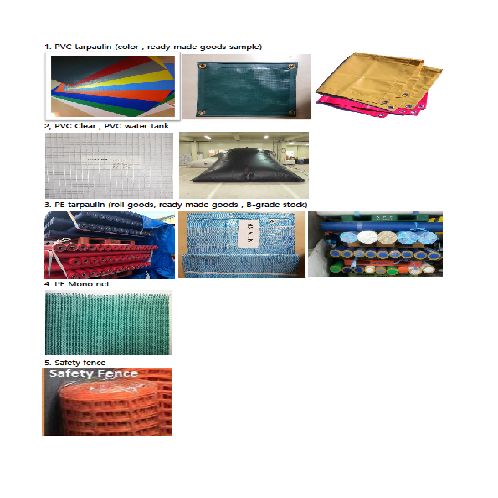 [Introduction]
• Tarpaulin
The word tarpaulin originated as a compound of the words tar and palling, tarp, is a large sheet of strong, flexible, water-resistant or waterproof material, often cloth such as canvas or polyester coated with urethane, or made of plastics such as polyethylene.
• PE(Polyethylene)
Polyethylene is the most common plastic. Many kinds of polyethylene are known, with most having the chemical formula (C2H4)n. PE is usually a mixture of similar polymers of ethylene.
• HDPE(High-density polyethylene)
High-density polyethylene is a polyethylene thermoplastic made from petroleum. HDPE is used in the production of plastic bottles, corrosion-resistant piping, geomembranes, and plastic lumber.
• LDPE(Low-density polyethylene)
LDPE is a thermoplastic made from the monomer ethylene. It was the first grade of polyethylene, produced in 1933 by Imperial Chemical Industries. Its manufacture employs the same method today. Despite competition from more modern polymers, LDPE continues to be an important plastic grade.
• LLDPE(Linear low-density polyethylene)
LLDPE is a substantially linear polymer with significant numbers of short branches, commonly made by copolymerization of ethylene with longer-chain olefins. LLDPE differs structurally from conventional LDPE. LLDPE is produced at lower temperatures and pressures by copolymerization of ethylene. 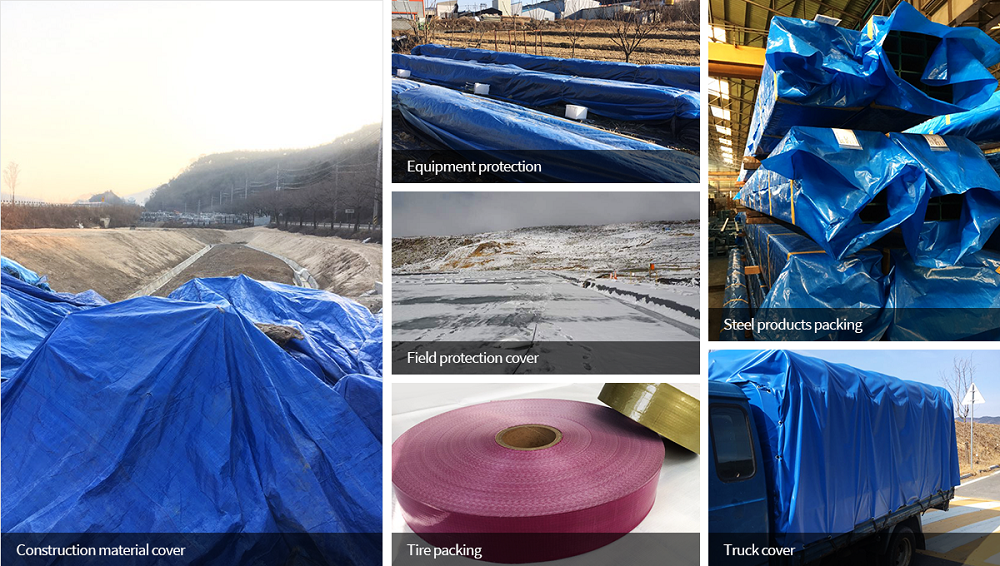 http://en.gobizkorea.com/catalog/about.jsp?blogId=snmkorea Seller_Mail
Introduction
We, SNM KOREA, are a exporter of industrial textiles such as PVC (tarpaulin & sunscreen), PE, PP, and PVC window blind in South Korea, since our company has been established in 2007. Main products are a various of tarpaulin, PVC truck covers, Sign printing banner media, and ready made PE (Polyethylene) woven and PVC tarpaulins. We have engaged in same business more than 25 years & meet all customer with good experience & high quality product. We have supplying above all of item to EU market such as France, Denmark, Spain, Sweden and Asian market (Singapore, Malaysia, Indonesia) and South America (Peru). If you want to know furthermore product information, quotation and actual sample. Please kindly contact us as below company information. Hope to meet you with long term relationship. 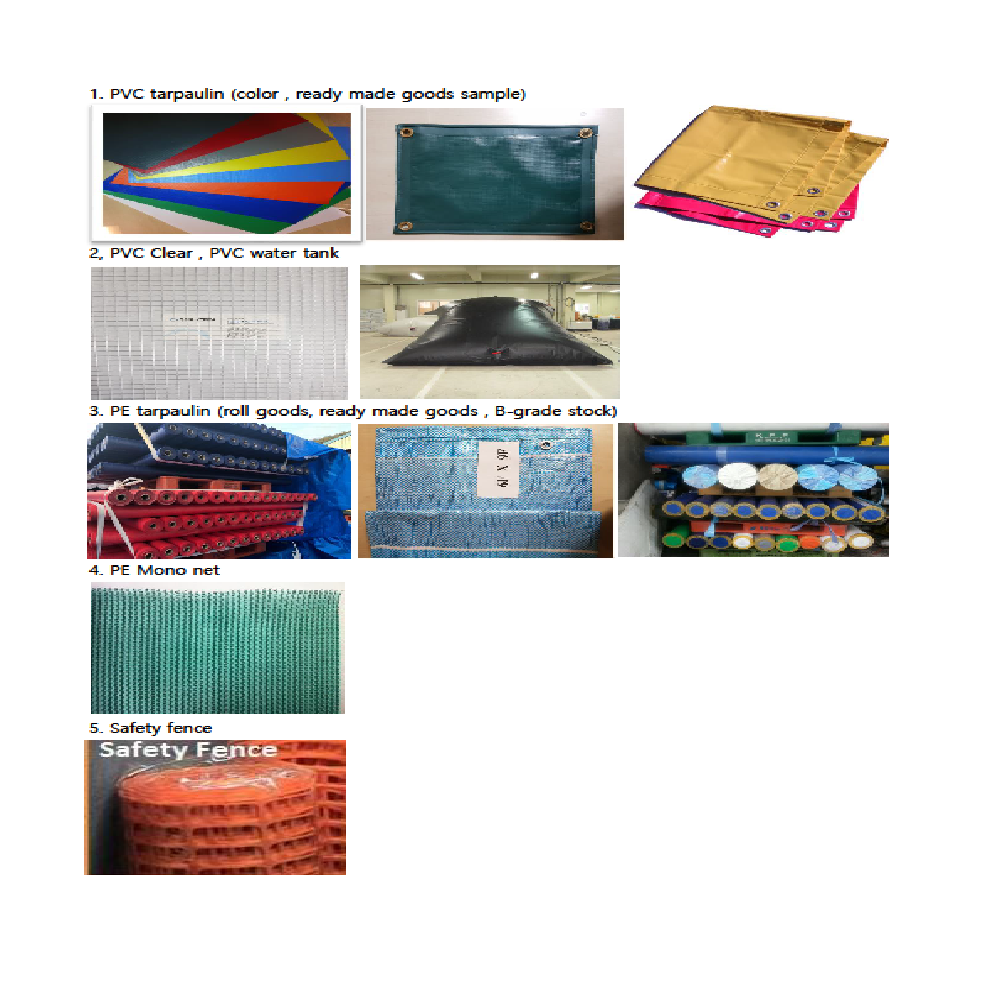