[Product Description]
· THE ROYAL DUKE
THE WARMEST EIDERDOWN DUVET
· Eider-down bedding, which has been used in royal bedrooms since the 8th century, It is a symbol of a time-honored royal family and symbol of high luxury.
From warmth and ventilation to light weight.
· Eiderdown, considered the highest class of quilt chargers in existence, Its scarcity and luxury offer unique value.
· Eiderdowns, where only a small amount is collected each year, are becoming more valuable over time. From King Christian 1 of Denmark in 1455, to the House of Vikings, the conqueror of Northern Europe. Eiderdown, a 500-year-old royal family history, is considered to be the best quilt material that exists today by British royal families, Arab royal families and leading Russian politicians.
The highest class of Crown Goose eiderdown duvet created for royal families and superrich clients around the world.
Experiece the elegance of the best bedding with unique Crown Goose eiderdown blend duvet.
· Eiderdown Blend duvet's piping line was inspired by the majestic architectural design of Palace of Venaria, which has a long history.
The line of piping, sensibly expressing the light that permeates between the palace corridors and the royal court, symbolizing the authority of the royal family, completes the most perfect silhouette with the nobility and elegance of the royal family.
· PRODUCT DETAILS
- MATERIAL FOR THE ROYAL FAMILY
Eiderdown is considered the highest class of duvet with only a small amount collected each year to be a symbol of luxury.
Experience the ultimate in difnity with the Eiderdown Blend Duvet of the Royal Family's choice.
- EXTRAORDINARY DETAILS
Inspired by Palace of Venaria, the Pyping line captures the royal authority and nobility and completes the distinctive details of Eiderdown Blend Duvet.
-STRUCTURAL UNIQUENESS
The three-dimensional air technique created through the self-researching of Crown Goose has evenly distributed the Eiderdown.
-METICULOUS STITCHING
Experience the perfection of Crown Goose Duvet with fine-grained details that determine the difference between luxury items.
-PERFECT COMPATIBILITY
Not just your edges, but there's a hook at one-two-third of each side, and there's a beak cover with four,eight,twelve ties. It can be combined.
-QUALITY MATERIAL SELECTION
Select and use only the best quality materials to make the best products.
We select the wool, fabric, and even the temples of the quilt by strict standards of Crown Goose.
[Product Features]
· Dimensions
- SIZE: S/SS(62*83 INCH) TOTAL 400 g / 14 oz
- SIZE: QUEEN(79*91 INCH) TOTAL 700 g / 25 oz
- SIZE: KING(87*95 INCH) TOTAL 1100 g / 39 oz
- SIZE: LARGE KING(107*95 INCH) 1400 g / 49 oz
· Content / Care
- Down 90%, Feather 10%
- 100 Cotton Downproof Satin Fabric
- 875 FP (fill power, which is a measure of "fluffiness" of a down product. The higher the FP the more air an ounce of the down can trap, thus the more insulating ability the down has
- Dry clean. Do not wash with water
- Use with cover
· Features
- Certified by Oeko-Tex standard 100 – class I, Crown Goose products go through 14 cleansing cycles and have 1000mm+ turbidity, confirming the cleanliness of our down product.
Total 16 loops on the duvet to keep your duvet in place 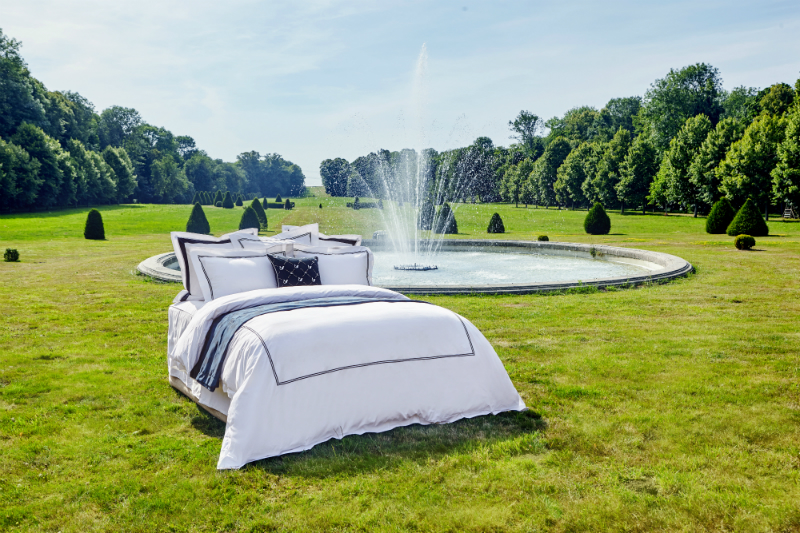 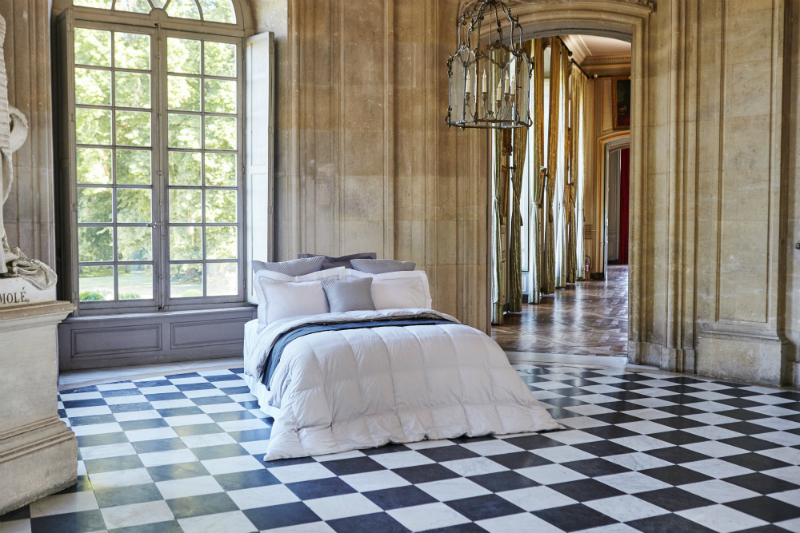 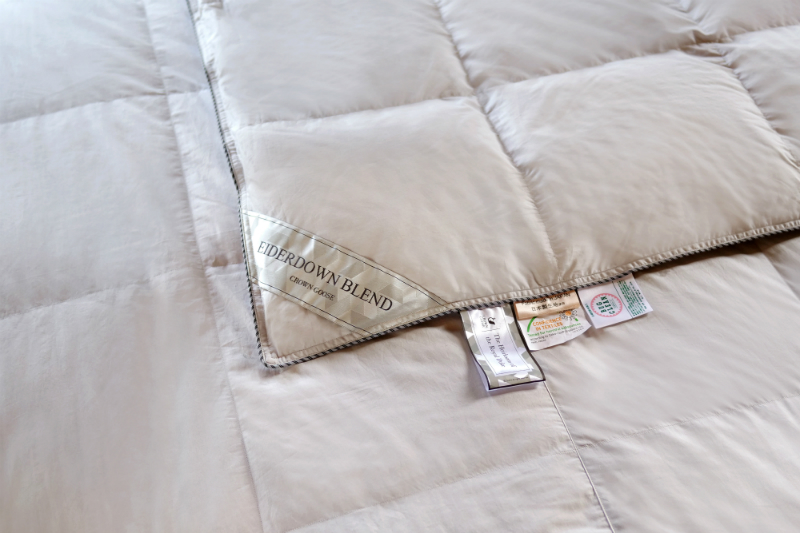 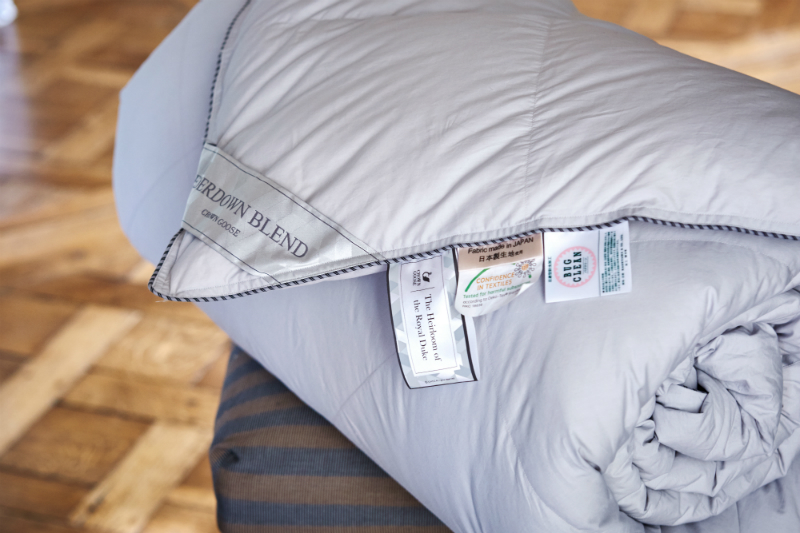 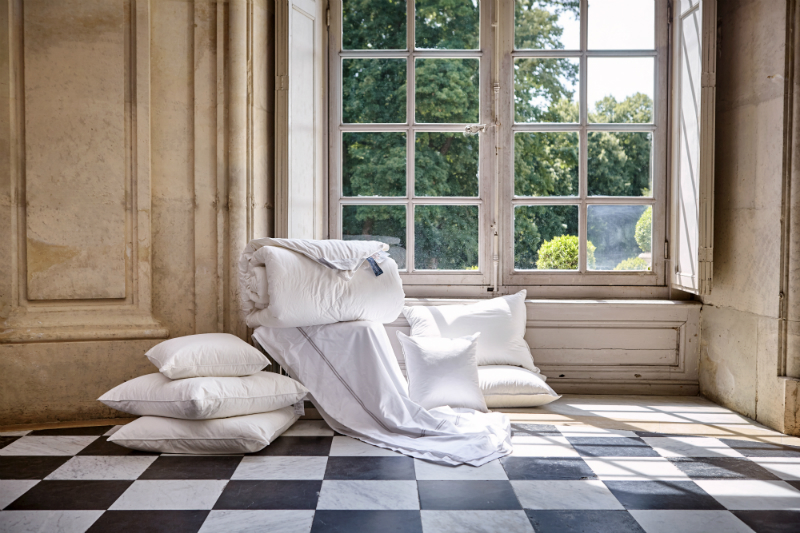 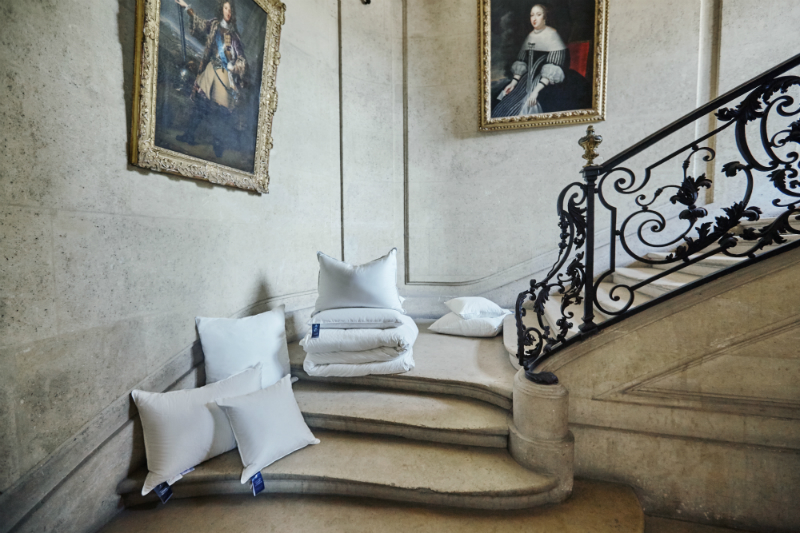 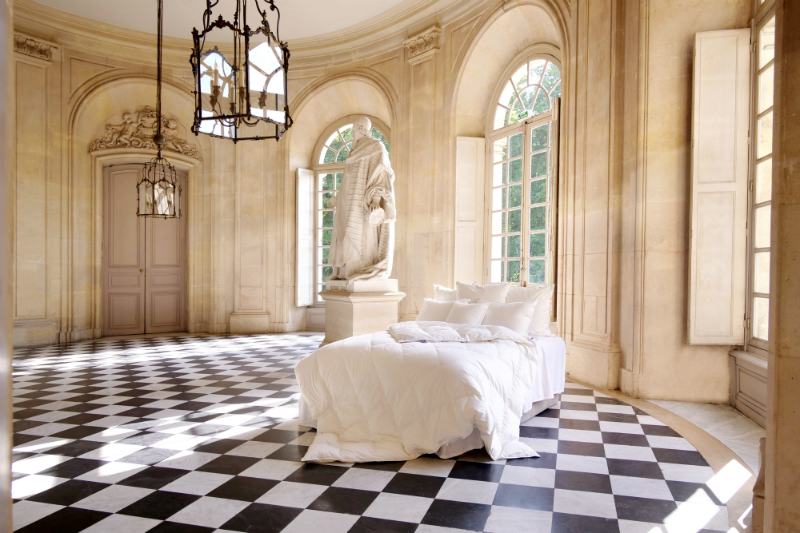 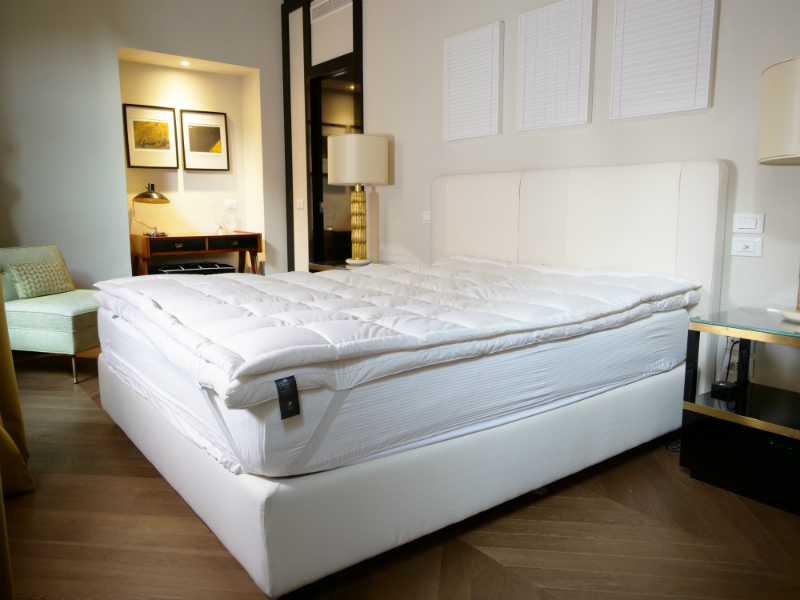 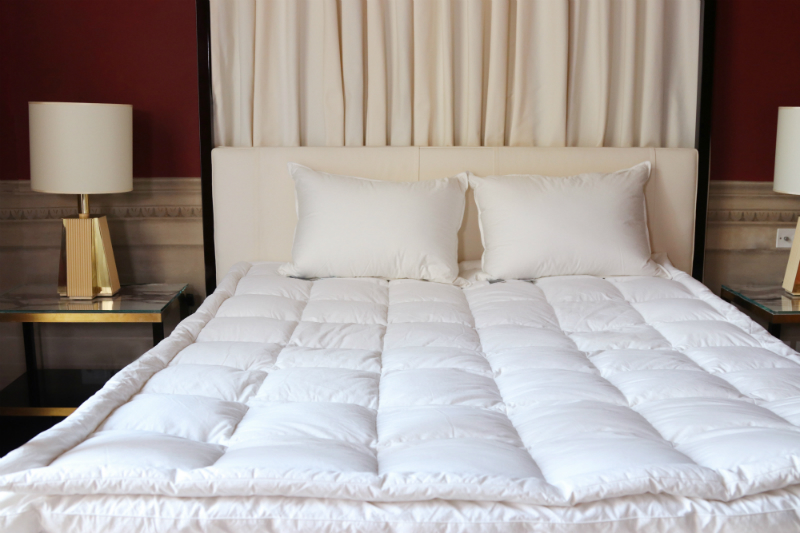 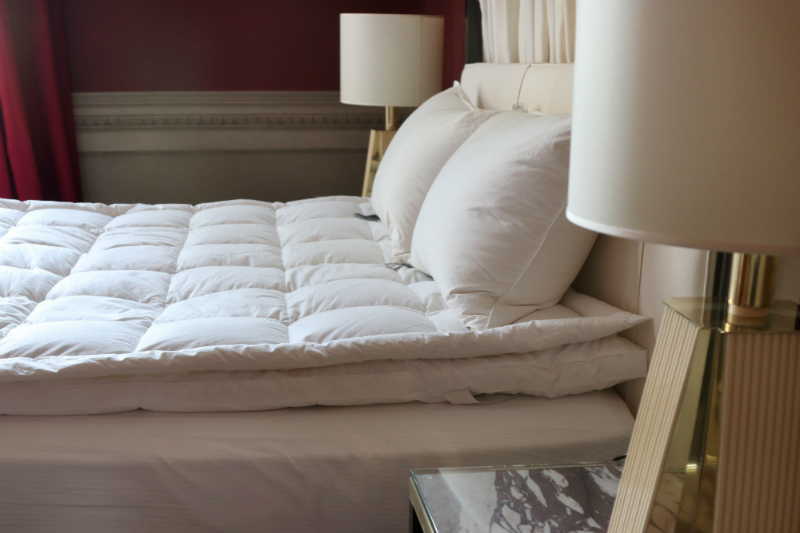 Shipping from : Republic of Korea
GHCG

www.crowngoose.com Seller_Mail
Introduction
1. GLOBAL LUXURY The Global Luxury Lifestyle Standard Luxury is the elegance that derives from attention to one’s lifestyle. We at CROWN GOOSE offer direction to those in search of this elegance. We do not perceive luxury as a power, but as the culmination of words and actions expressed in elegance. Meet CROWN GOOSE at Beverly Hills and other special locations where opinionated leaders gather. We feel a strong connection to the ideas of influencers and contemplate the essence of elegance together. Meet CROWN GOOSE and experience our interpretation of a novel luxury lifestyle. The Past, Present and Future of Luxury. 2. ART FOUNDATION The Power of Art to Make Change CROWN GOOSE collections find inspiration from the artistic, philosophical, and regionally unique. We express the energy of all things through our products and works. We do not limit ourselves to our own ideas and often work with artists and other collaborators to continue the search for beauty and art. In our constant exploration of art, we gather inspiration from daily serendipities. We reinvent and imbue anew. 3. BESPOKE Creating Your One and Only Bespoke Bedding for mansions, private aircrafts, and yachts can be customized through the CROWN GOOSE Bespoke service. There is elegance in life—and we strive to express this in our bedding. CROWN GOOSE Bespoke bedding resides in the mansions of top MLB stars and private aircrafts of CEOs from global organizations. At CROWN GOOSE “deep sleep” is our task and mission. We applaud those who dream of change in the world and strive to provide them with high quality sleep. Experience the timeless luxury through CROWN GOOSE Bespoke. 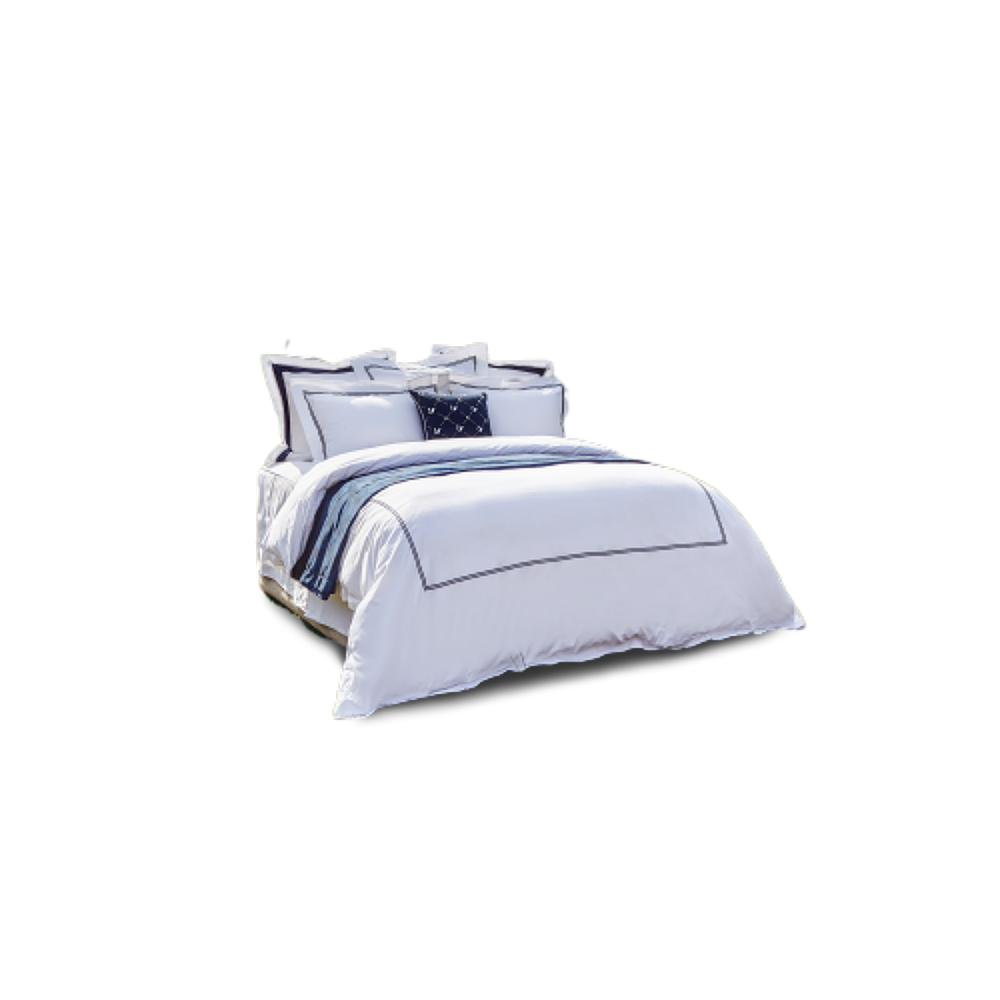 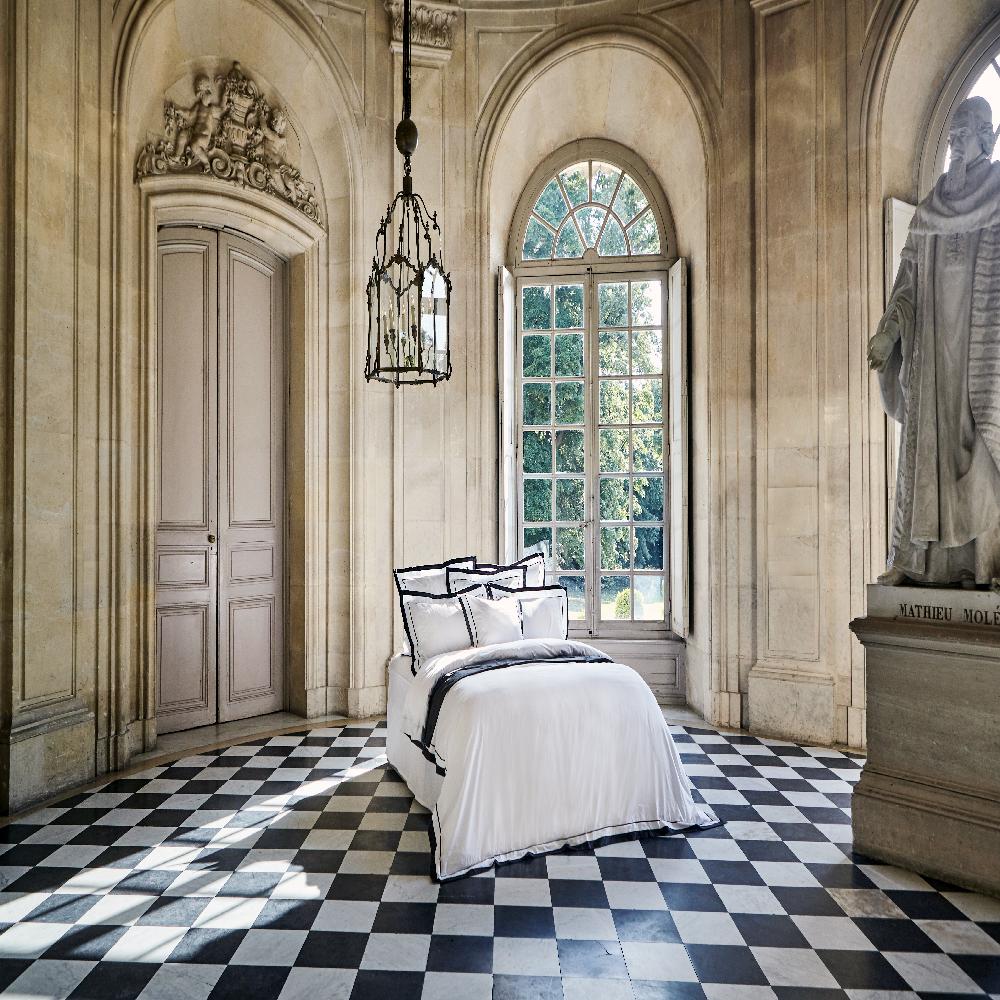 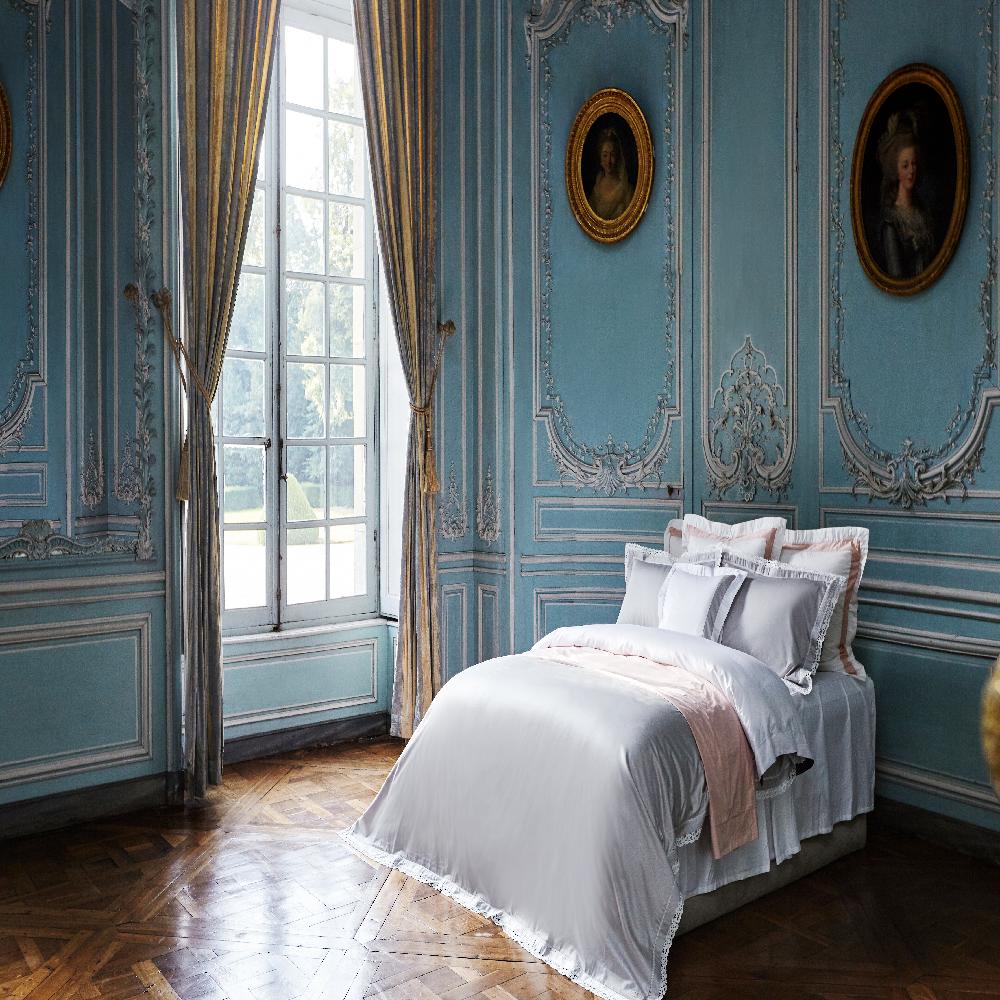