GREETINGS
We are a Top leading stereoscopic 3D lens manufacturer in South Korea. We involve the creation of a virtual world and augmented reality that interacts with consumers. We designs and Manufactures the diversified stylish high quality of VR78° and VR180° 3D optical device as well as VR 3D cameras from the customer’s point of view to bring those to customer’s eye level price. The mission of REMYDE is to provide customers with a zero-defect reliable quality of VR 3D products for appearing more realistic to the users. The head of each section of REMYDE has 15 over work experiences in the 3D spatial visualization, and such enough engineering expertise has proved ourselves as a specialist in design and production, quality control of VR 3D optical visualization system. Thus, we can provide the perfect OEM, ODM VR 3D optical products eminently according to customer’s choice. We read the market right and make a proactive stylish design combining the world-class intelligent VR 3D technologies in order to maximize the profit and reputation of our customers. We value customer’s business, and act up to our belief with management philosophy that “Let customers feel happy!”
THE FEATURES OF REMON 3D
「Capture True 3D Videos From Your Perspective」
Come and experience TRUE immersive 3D videos and photos with REMON 3D. REMON 3D makes your smart phone shoot 3D videos and photos regardless of smart phone makers such as Android Phone or Apple etc. You don't need an expensive 3D camera any longer! You can just use your REMON 3D from any smart phone for true 3D content creation. REMON 3D helps capture your precious liveliest moments. Shoot and create your own true 3D videos with a REMON 3D, and post on your SNS and share a link with your family and friends, followers.
「TRUE VR 78degree」
REMON 3D CREATOR 1.0 version features 78-degrees Diagonal FOV for each eye with a magnification of 0.5 times. It represents precise light and shade, shape, style, color and texture etc. on your display within a visible spectrum from 380 ~ 750nM.
「2K Hi-Res」
The image that the REMON 3D transfers to your smartphone is very sharp. Video will be recorded with the resolution of 2K(1920 x1080), 3K(3880x1440),
4K with 30fps according to the capacity at your smart phone. REMON3 D will show what you truly see with your eyes. It will allow you to
capture your experiences as you see them, fully and immersively. Point-and-shoot your story. 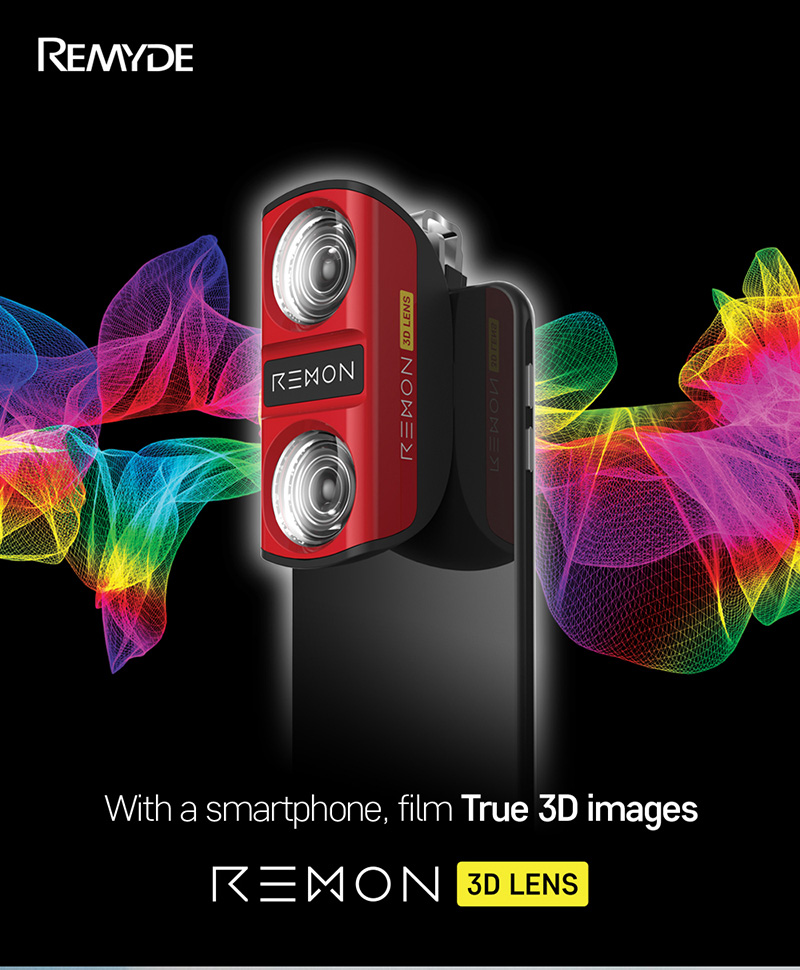 REMON 3D SP-N020 is 3D lens the way it can be mounted in front of a smart phone camera and filmed using a smart phone.
It is a lens that can shoot TRUE 3D image, not Pseudo 3D that converts the exsiting 2D image to 3D.
By shooting 3D image with single lens. Single camera, we minimize distortion of right and left screen.
It is characterized by lossless angle of view.
Because it has the way of using smart phone.
It is small and economical.
Moreover it can apply smart phone’s superior function.
Ingenious Know-how
SP-N020

01. People synthesize each screen taken with the left and night eye and recognize it as a three0dimensional structure.
02. Existing 3D cameras shoot a three-dimensional image, using thw ameras instead of one’s left and night eyes.
03. REMON 3D is an unique optical design that allows only one camera to shoot three-dimensional image.
GOOD DESIGN
REMON 3D SP-N020 is a good match for all mobile phones.
EASY MOUNTING
Simple insert your phone into the attached clip.
REMON 3D SP-N020 is shot in Side by Side 3D mode.
Connect the filmed image to 3D player and play it.
HOW TO USE 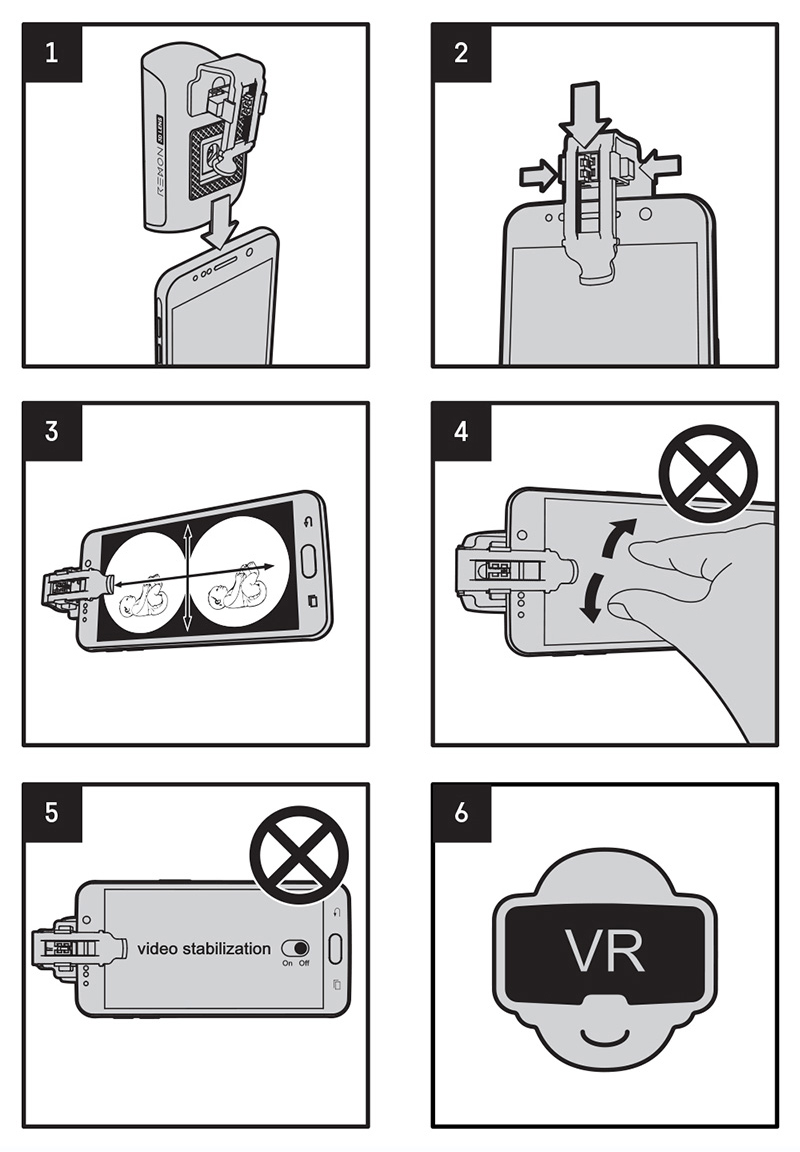 Hold the center of the SP-N020 firmly with clip so that it is centered on the smart phone camera.
※ Be careful not to damage the lens and display of your smart phone even though it is attached with protective rubber.
Press the button on the left and right sides of the stopper and move
the position of the stopper to fix it firmly with the smart phone.
On a smart phone with a number of cameras. Please mount SP-N020 on top of the standard camera.
※ It is important to fix it with smart phone for high quality 3D imaging.
Using smart phone camera, record a video or still image. Make sure that the boundary on the left and right sides is centered.
※ Stay close the top of the clip to smart phone and keep the left and right screens horizontal.
Don’t use digital zoom.
※ Digital zoom can effect a good sense of three dimensions.
Don’t use the function of video stabilization.
※ Function of video stabilization can affect a good sense of three dimensions.
Connect the filmed image to 3D plater and play it.
※ SP-N020 is designed to be filmed at screen ratio of 8:9. In case of viewing
with 3D TV, please watch it using an app that adjust to 16:9
If you use various VR apps on the market, you can enjoy a more three-dimensional image.
PACKAGE 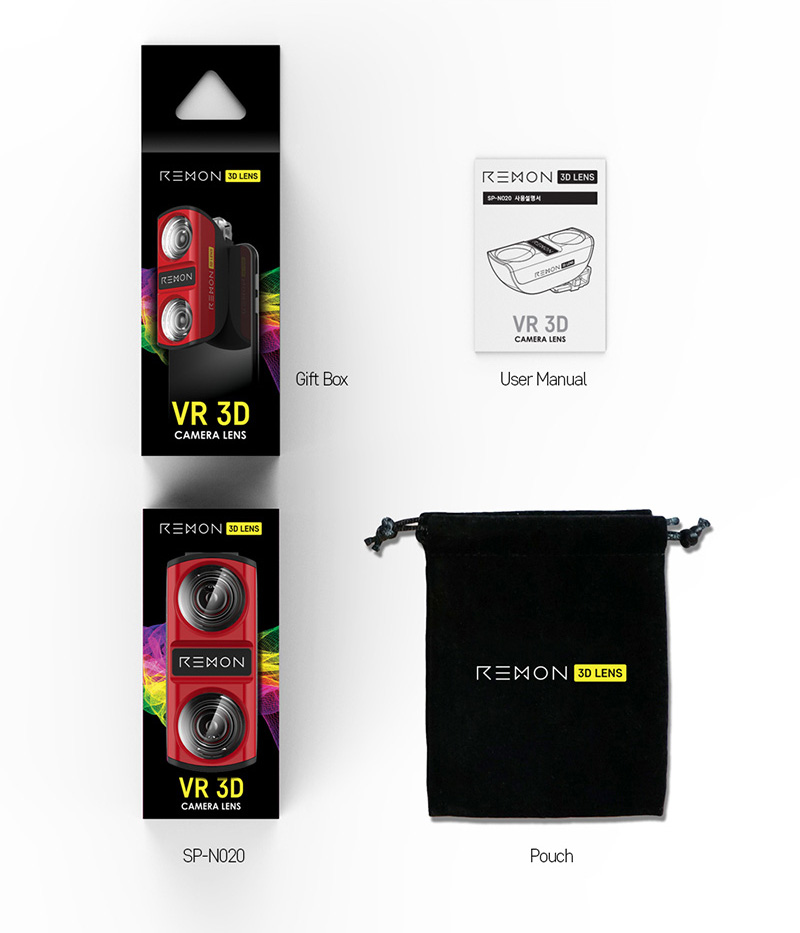 「3D Fantastic」
REMON 3D allows you won't need any longer expensive hardware components or additional devices such as 3D dual-cameras as well as
depth sensors for depth data to recreate depth effect. You can just use your REMON 3D from any smart phone for true 3D content
creation. Put a REMON 3D in your pocket always for exciting travels, outdoor adventures, family vacations, business trips etc., and making memories
together with the people you love.
「AF LENS」
REMON 3D is created by an afocal system(a system without focus) that produces no divergence of the beam, i.e. has an infinite effective focal
length. It creates a transparent glass effect so you can capture clear videos and images without worries about a focal length between a REMON 3D and
a CIS which is built-in a smartphone without optical distortion.
「Interaxial 50mm」
REMON 3D delivers the two points of view with that slight difference in perspective. This effect is known as the parallax, whereas the distance
between these two points of view, called interaxial. The interaxial distance of REMON 3D is 50mm which is best for capturing
people or things displayed on the tables. REMON 3D is restful for your eyes while watching 3D videos.
「Convergence 1.2M」
REMON 3D features 1,200mm convergence distance from the eye for gaining excellent 3D depth perception. If an object is far away from the convergence distance, it appears as if
it receded further into the screen, whereas if the object is close or near, it appears to protrude from the screen. REMON 3D expresses the depth and protrusion effect accurately when shooting the video or image.
「LIVE Stream」
If you are looking for the simplest way to broadcast HD live video from your mobile device or tablet, it is possible with REMON 3D for everything you need to broadcast your 3D events live. REMON 3D is best for ONE MAN SHOW - One Man Interactive Live Broadcasting Service. You can stream live directly via YouTube or Facebook. Connect REMON 3D directly to your smartphone, and create incredible stereographic images and video, livestream via Youtube, Facebook and more. It will be fantastic to share your live stream or vlog live with followers in the world.
「Pocket VR」
You can see a video or image what you have taken with REMON 3D using REMON 3D Pocket VR Viewer. It is superportable to carry on anywhere in your pocket. Enjoy the most immersive world of virtual reality experiences in anywhere with REMON 3D VR Viewer.

remyde.co.kr Seller_Mail
Introduction
REMON 3D SP-N020 is 3D lens the way it can be mounted in front of a smartphone camera and filmed using a smartphone. It is a lens that can shoot TRUE 3D image, not Pseudo 3D that converts the existing 2D image to 3D. By shooting 3D image with Single lens, Single camera, we minimize distortion of right and left screen. It is characterized by lossless angle of view. Because it has the way of using smartphone, it is small and economical. Moreover it can apply smartphone’s superior function. 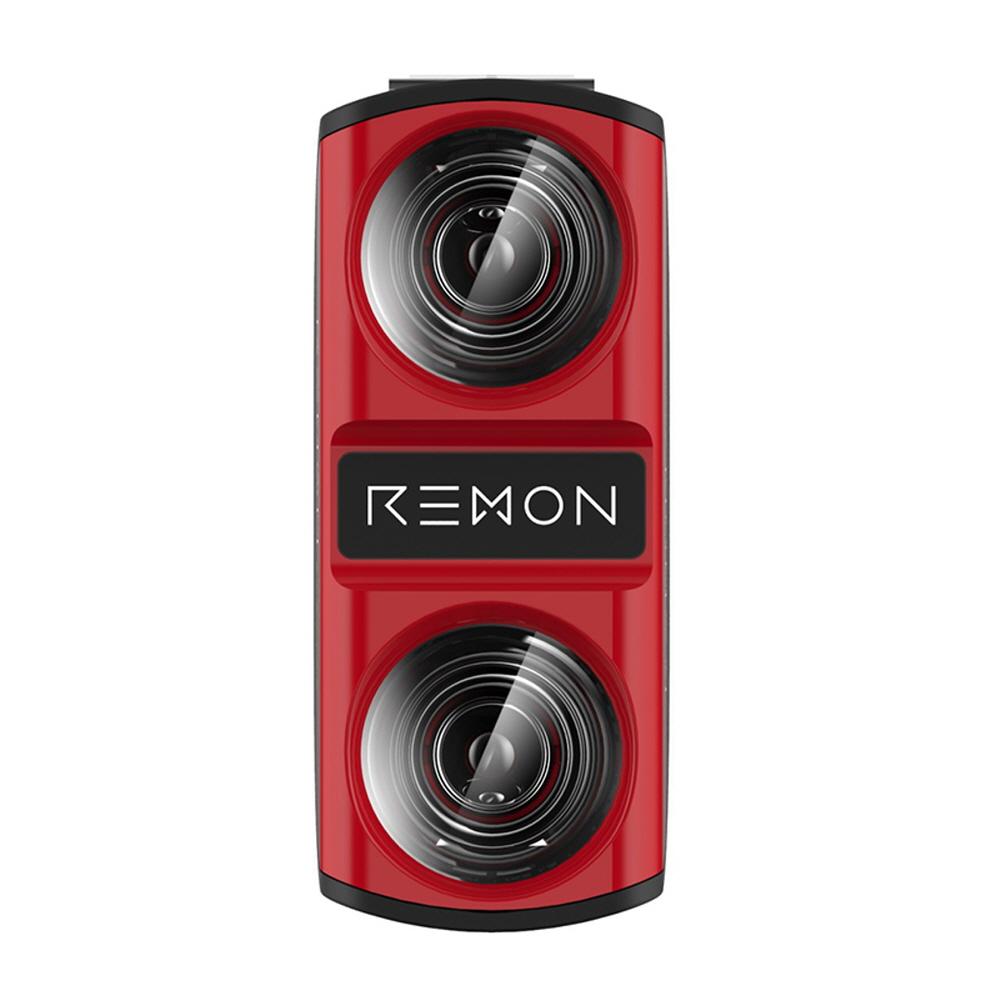 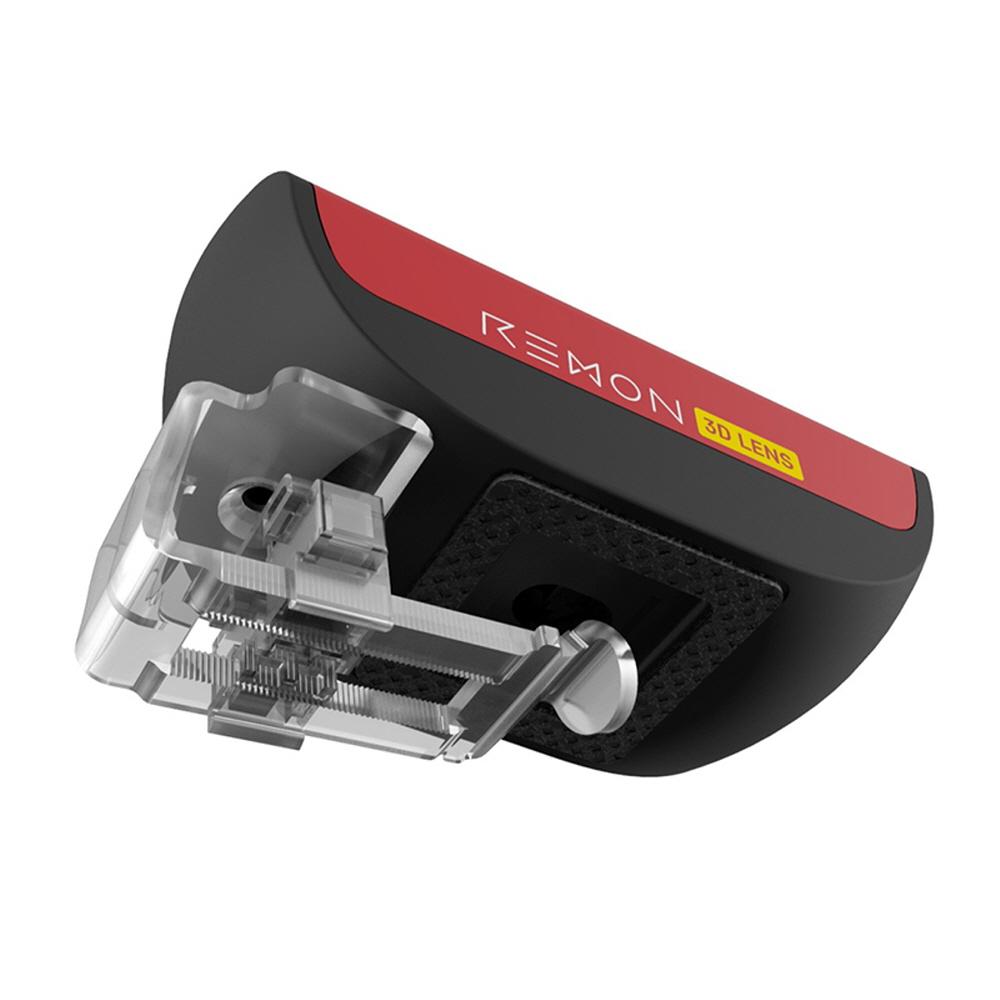 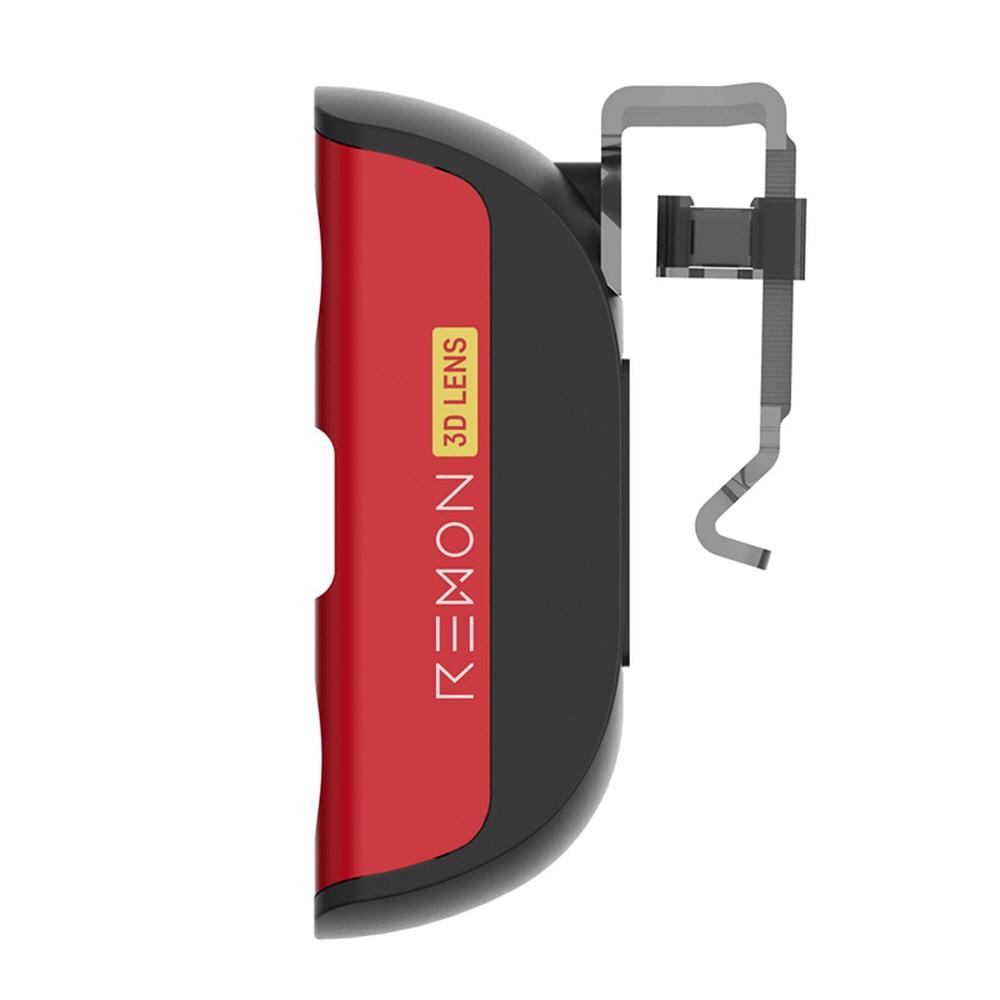 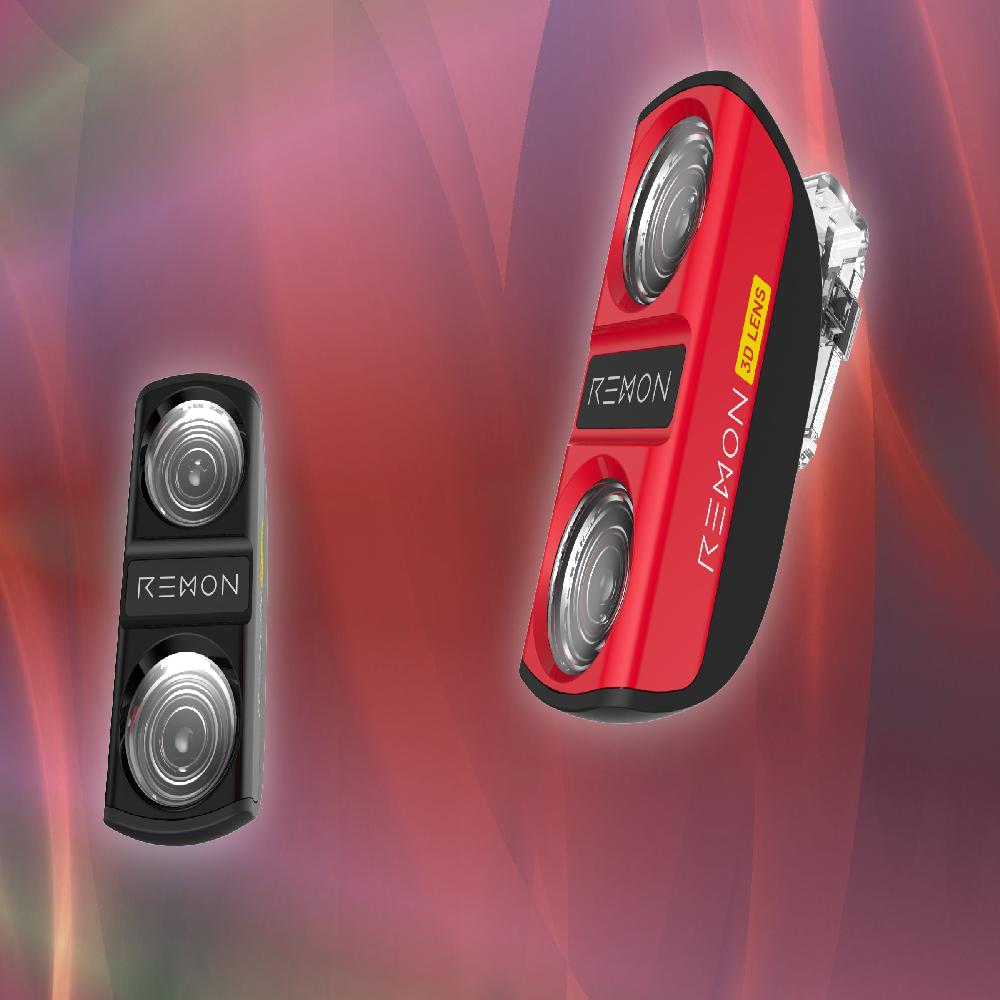