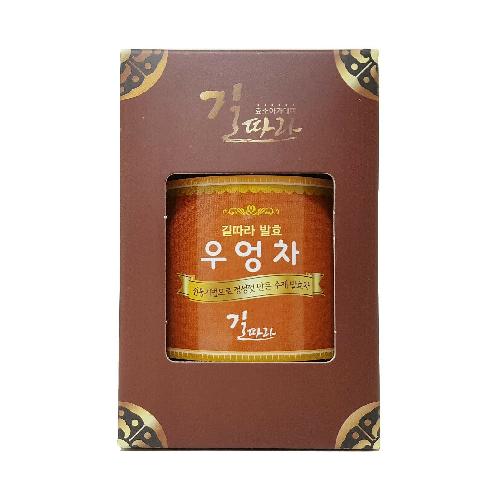 Burdock tea, made from the edible roots of a plant highly valued by the Japanese, has shown promise not only for addressing inflammation, but in targeting hair issues and some illnesses too

Before taking burdock tea, talk to your physician and verify if this herbal tea might be good for you. By doing so, you can get an idea of the dosage that may be needed to address your condition and be guided on what you can do to avoid side effects

Unless you come from parts of Asia where it’s been extensively used, it’s highly likely that you’re unfamiliar with burdock. Popularly used as an ingredient in Korean cuisine, burdock is usually added to stir-fries, consumed raw, used as a broth or pickled in apple cider vinegar to prolong shelf life.

However, an easy way to use burdock and possibly obtain benefits is by steeping the roots in boiling water to make burdock tea. Learn more about this tea’s uses, how you can make this beverage at home and what you must watch out for when drinking it.

What Is Burdock Tea?

Burdock tea is concocted by steeping roots of the burdock (Arctium lappa) plant. For centuries now, burdock roots, leaves and flowers have been well-respected for their medicinal and nutritional abilities.5 The burdock plant stands between 1 and 2 meters (3.2 to 6.5 feet) when fully grown, and has large leaves that can grow up to 50 centimeters (19.6 inches), with white undersides. Between June and October, the plant bears purple flowers extending away from the plant’s bracts.

What Nutrients Can You Find in Burdock Tea?
Burdock tea is home to antioxidants such as phenolic acids, luteolin and quercetin.24 It also contains the minerals potassium, magnesium, manganese, phosphorus, calcium and iron, as well as vitamins B1, B2, B3 and fiber.25 People who are sensitive to caffeine may drink this tea without any issues. As “The Tea Book” highlights, roasted and dried roots like burdock root may work as caffeine-free tea alternatives.

- Place dried burdock in a pan with no oil or liquid. Stir constantly over low heat for 10 minutes until golden brown, crispy and fragrant.

- Let the burdock cool for 10 to 15 minutes. Store immediately in an airtight glass container. Seal it to prevent moisture.

- Burdock tea can be cooked or brewed. Boil the water. Add 10 grams (0.35 ounces) of burdock tea leaves and simmer for 10 minutes.

- If you want to make a single cup of burdock root tea, pour 185- to 212-degree Fahrenheit water onto five to eight pieces of burdock tea leaves in a cup and brew for four to five minutes. Raw honey, chrysanthemum, red dates, wolf berries or mint leaves may be added to taste.

Shipping from : Republic of Korea
Gilddara

http://xn--wk0b55ko0b.com/ Seller_Mail
Introduction
Manufacturers fermented ginger tea and burdock tea Our company is a Korean traditional tea maker made with traditional Korean techniques. We are the only patent in Korea. All our products are teas made with care in a clean mountain. 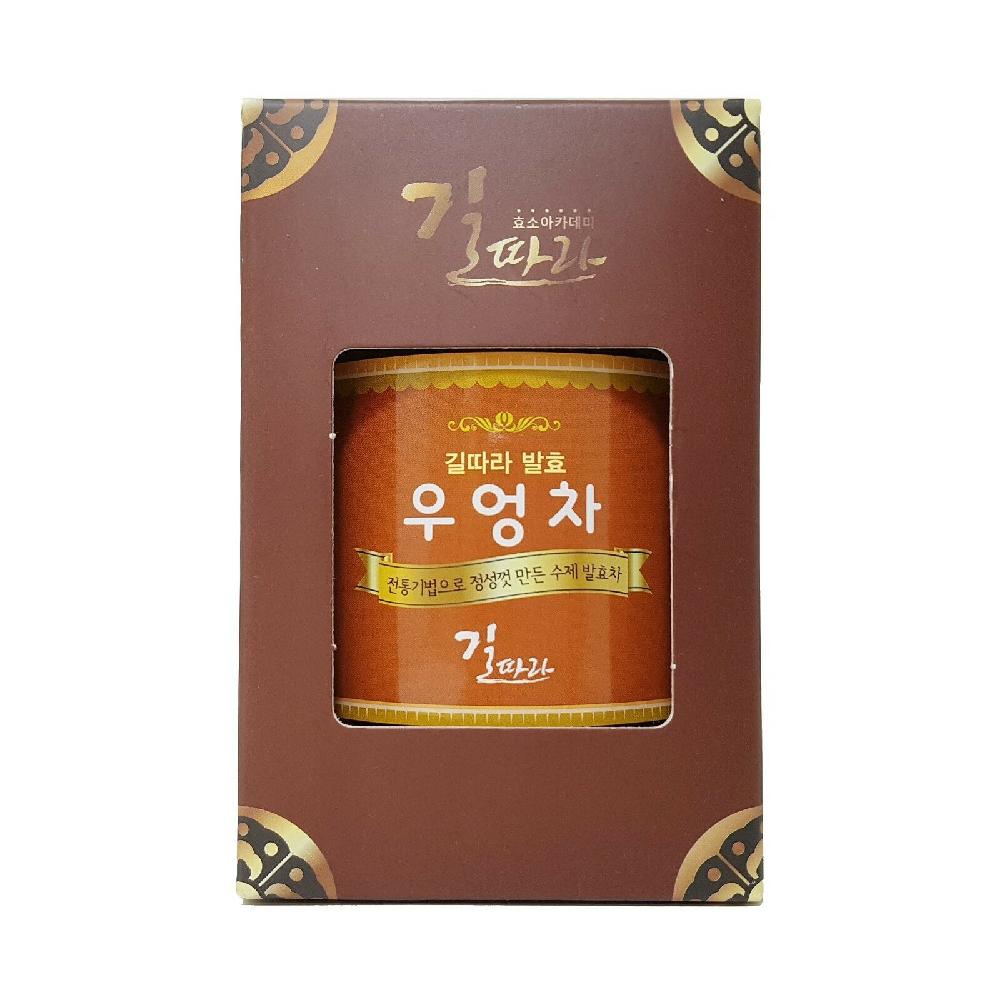 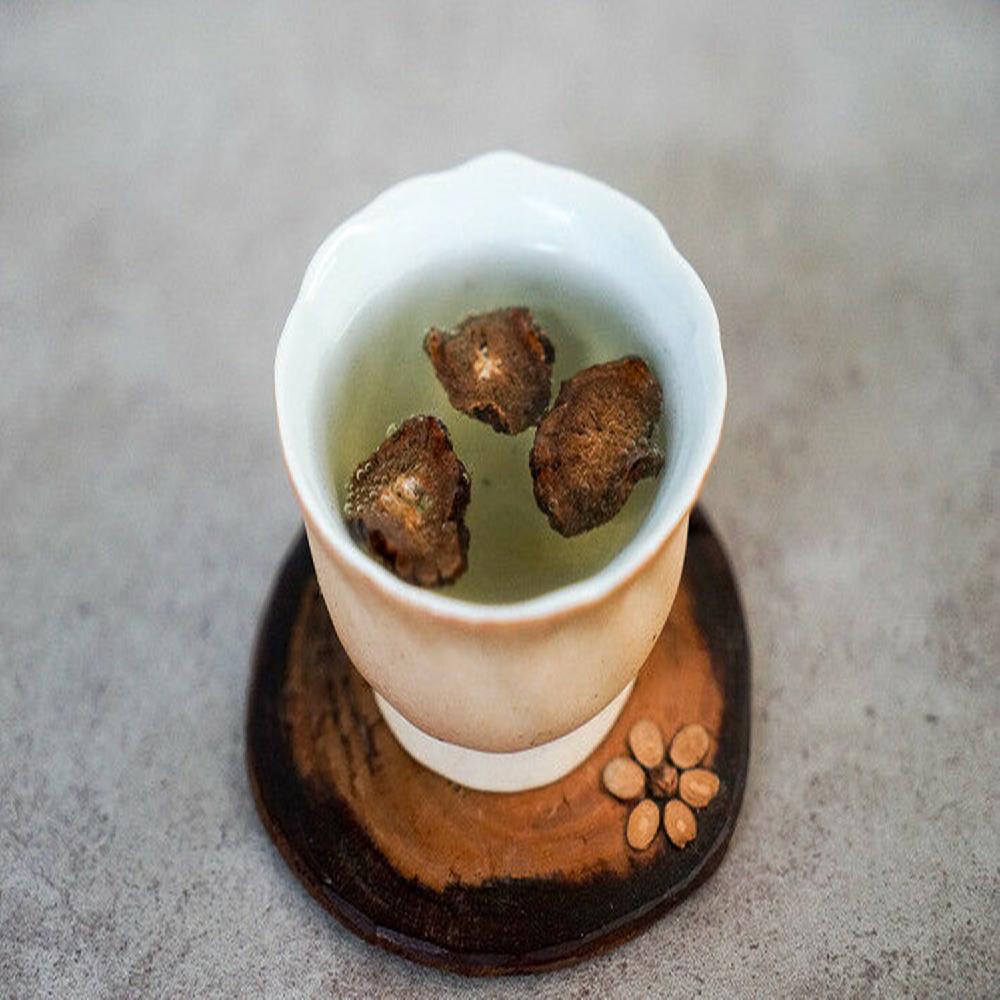 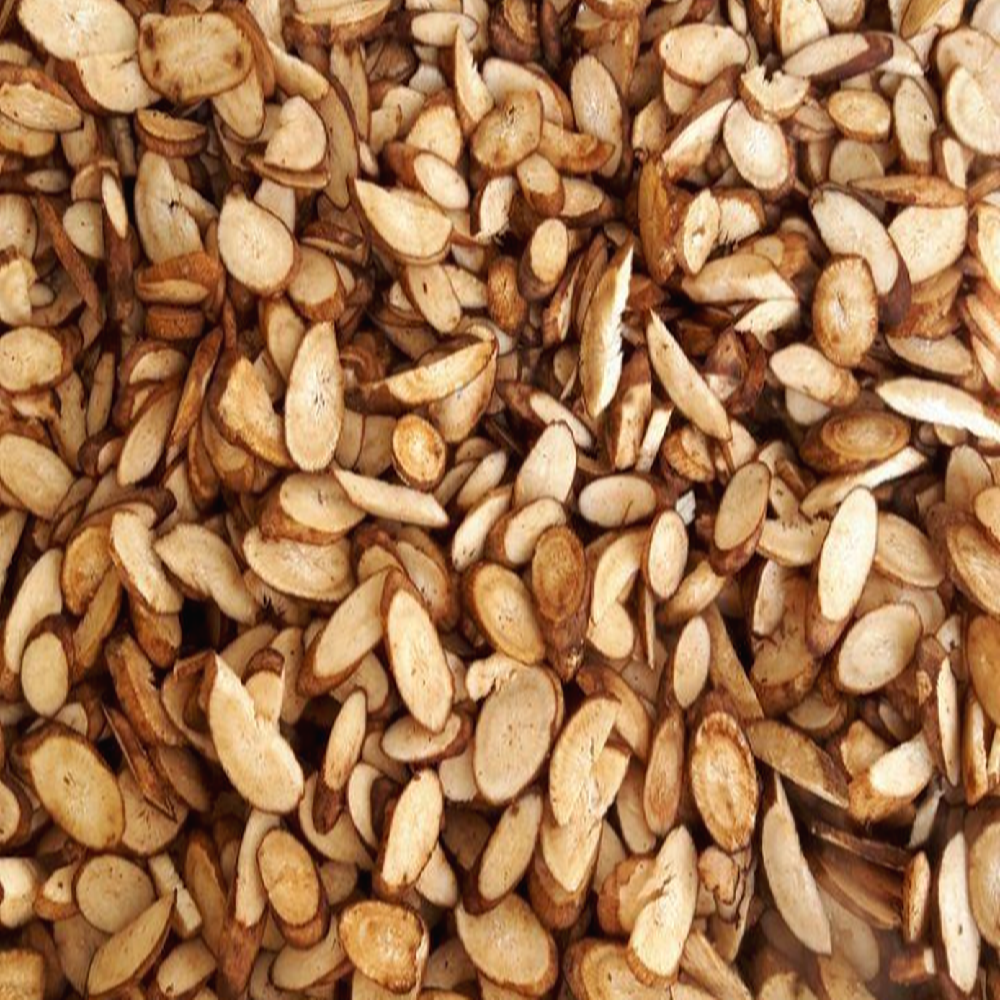 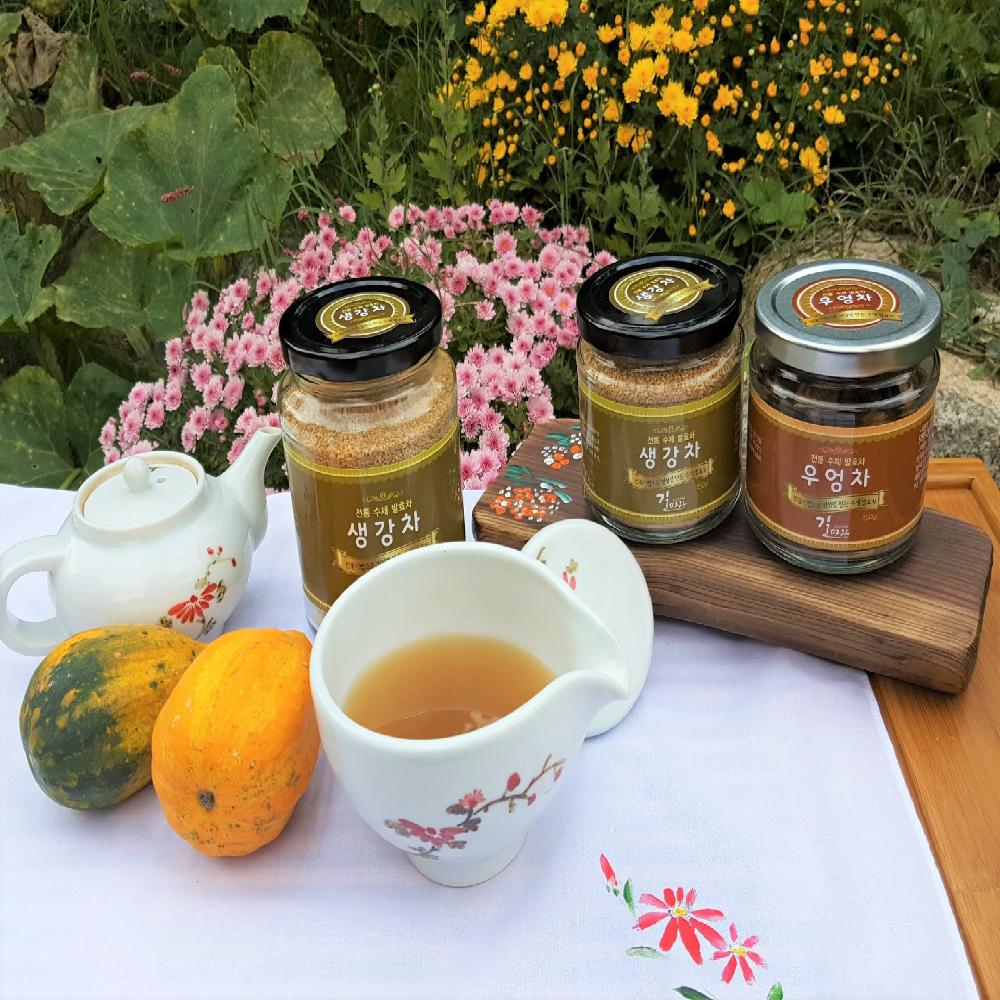