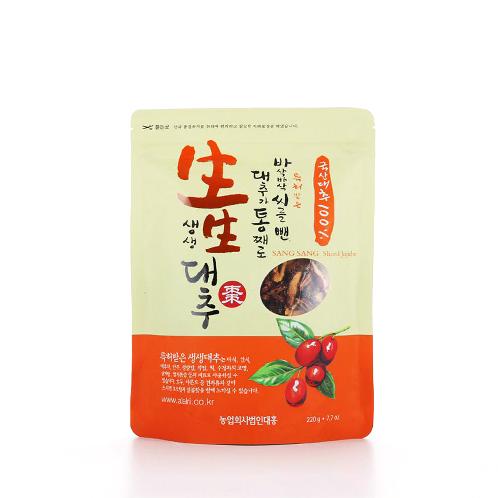 Saeng Saeng Jujube Sliced Chips
The selected good jujube is cleaned and seeded with patented technology is sliced.
After that, it is dried by freezing and drying to make a more crispy and sweet product.
Product Features
More crispy, sweeter products with patented technology and freeze drying
The Origin of Gyeongsan Jujube
Gyeongsan Jujube was first cultivated at Magok-li, Jinryang-eup, Gyeongsan City, a region which has been named Jujube Valley because of the number of dense large Jujube trees. Since the 1980s, the trees have spread to over 25 % of the Gyeongsan area thanks to modern cultivation techniques and the region has become famous for its Jujube cultivation.
The Ingredients of Jujube
Jujube contains ingredients including Vitamin A, B, C, K, P, Rutin, Alkaloid, Saponin, Serotonin, linoleic acid, etc.
The Place of Origin and Range
There are three kinds of different types of Jujube such as Chinese Jujube, Indian Jujube and Israeli Jujube; its origin is believed to be somewhere in Southern Europe and/ or Southeast Asia. Chinese Jujube is spread over temperate zones like Northeast Asia including Korea, parts of Europe and the central southern area of the U.S., while Indian and Israel Jujube is spread over the tropical and subtropical zones. It is one of the very important fruit trees in China, which has been cultivated for thousands of years. Judging from the historical record in which the cultivation of Jujube was mentioned in the 18th year of the reign of Myueogjong, Goryeo Period (1188 A.D.); the beginning of its cultivation is assumed to go much further back in history.
The Status of Jujube Cultivation and Characteristics in Management
Although its cultivation in Korea declined in the 1950s due to pestilence, an increase in the demand for jujube began again with national economic development in the mid 1970s. With the emergence of new varieties of jujube, its cultivation has rapidly increased. The area of land under jujube cultivation is now 4,670ha and 25,077 tons of jujubes are produced. Main areas of production are Gyeongsan, Cheongdo and Yeongcheon in Gyeongbuk Province, and Milyang in Gyeongnam Province. Compared to other fruit trees, fewer chemicals and spraying are necessary to cultivate and store jujubes so that prices tend to remain stable. Recently some problems have occurred in the cultivation of jujubes as a result of pestilence (witches’ broom), unusual weather patterns at harvest time and the import of cheap jujube from China.
How to use
Please take note of the expiration date.
You can eat it crispy for a long time if you keep it refrigerated.
Specification 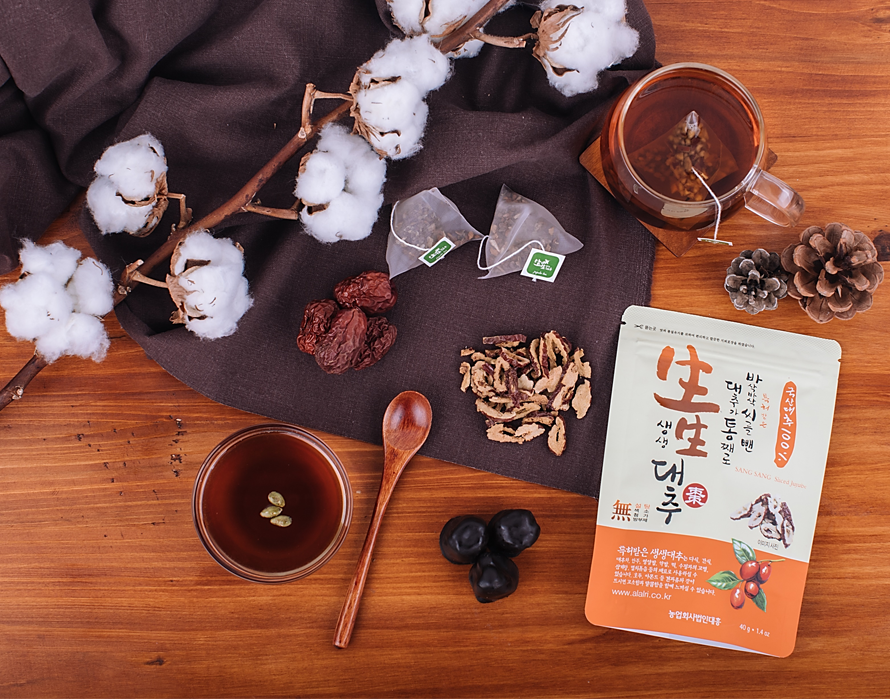 Company Overview
Daeheung, an agricultural corporation, fell into the rich color of jujube in 2002.
I developed the jujube slice chip form with only jujube in mind.

Since then, we have applied for patents for jujube slices and jujube seed removal. 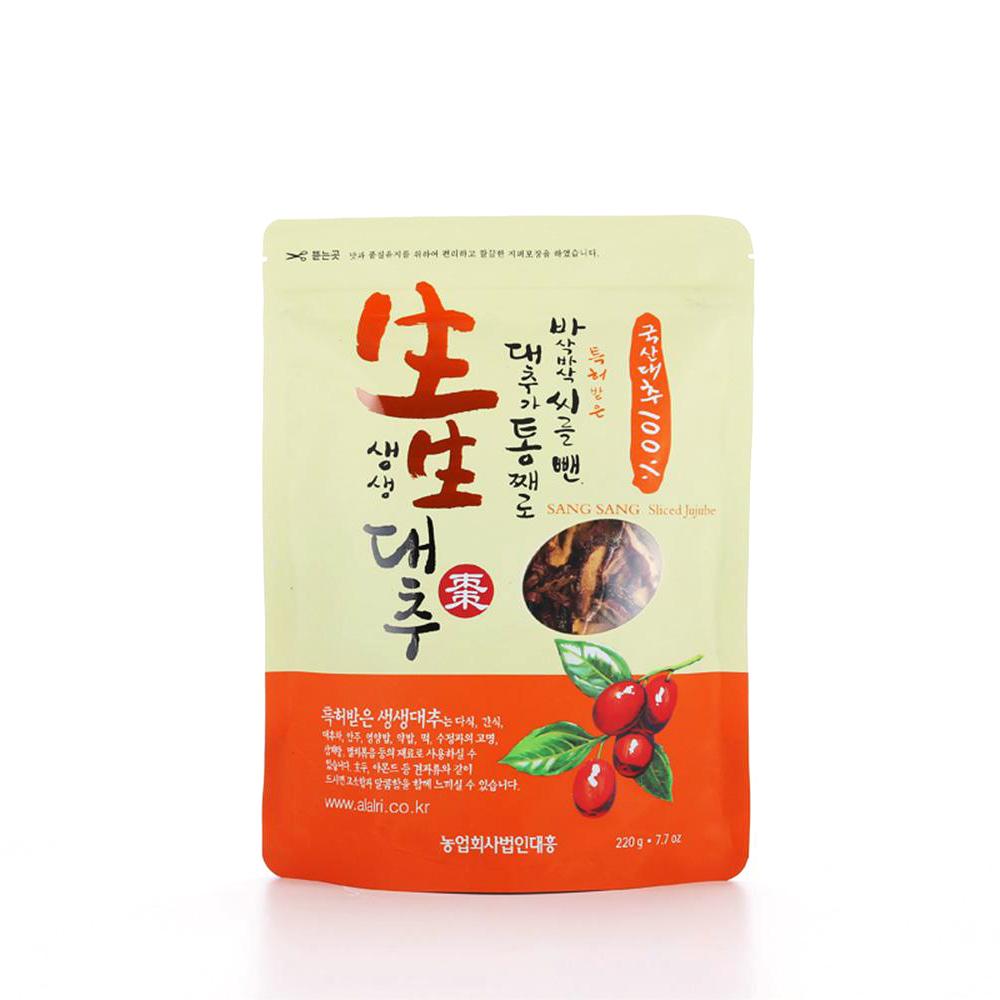 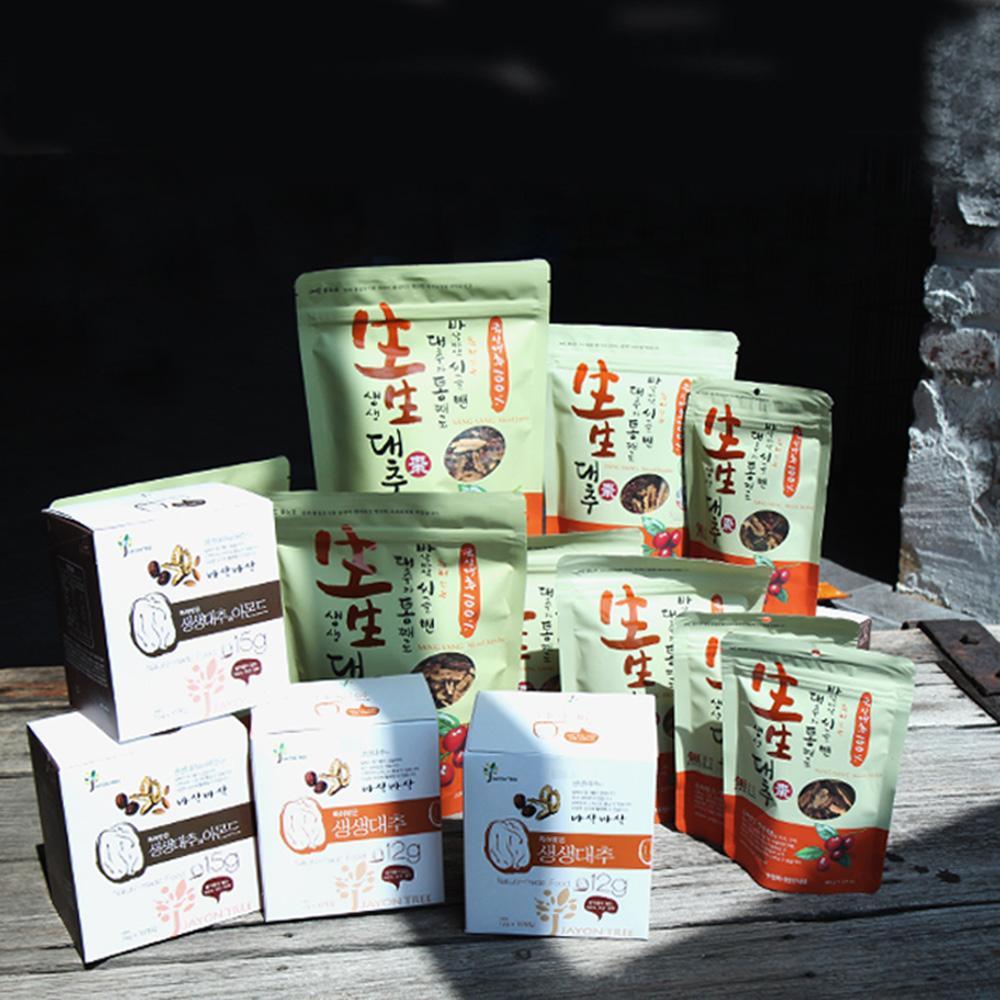 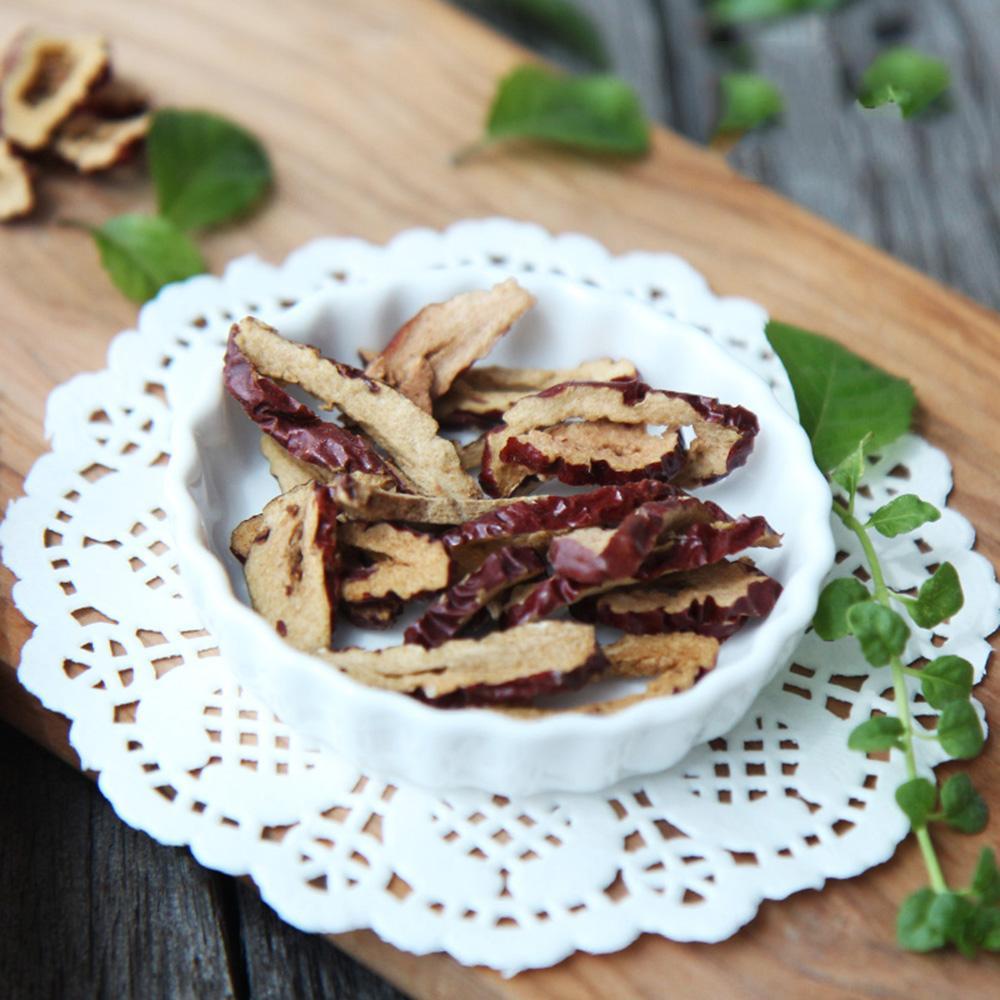 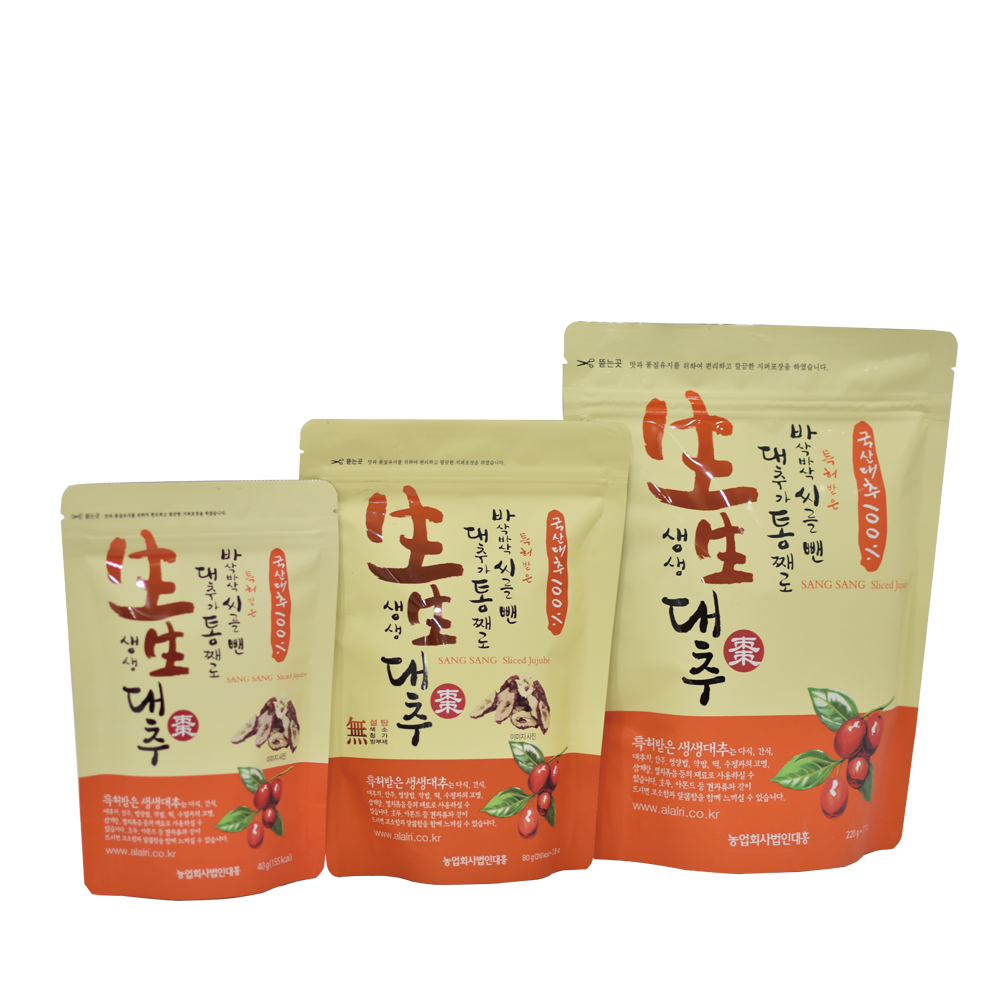