Gim), also romanized as kim,[1] is the Korean name for edible seaweed species in the genera Pyropia and Porphyra, including P. tenera, P. yezoensis, P. suborbiculata, P. pseudolinearis, P. dentata, and P. seriata.[2] The red algae genera are also consumed in Japanese cuisine, where it is known as nori, and in Wales and Ireland, where it is known as laverbread.
Along with miyeok (brown seaweed) and dasima (kelp), gim is one of the most widely cultivated and consumed types of seaweed in Korea.[3] It is commonly eaten as a banchan (side dish) and used to make seaweed rice rolls known as gimbap.
History
The earliest mention of gim is recorded in the Memorabilia of the Three Kingdoms; this text, created during the Goryeo era, documents the history of the Three Kingdoms Period of Korean history between 57 BCE to 668 CE.[4] The book contains passages that say the Silla dynasty would use gim for part of their dowries. It is conjectured that the gim of this period was harvested from rocks and driftwood rather than being cultivated.[5]
Gim cultivation is the oldest aquaculture in Korea and there are several stories from oral tradition about its origins.[6] One version tells the story of an old lady in Hadong, South Gyeongsang Province who discovered a log covered in gim floating down the Seomjin River. This inspired her to cultivate the gim on upright support poles made of bamboo.[6] Another legend says gim was named after Gim Yeoik―the first person to have cultivated gim after seeing a drifting oak branch covered in it. Yeoik's story takes place on Taein island which is located in the mouth of Seomjin River in Gwangyang, South Jeolla Province, during the reign of King Injo (1623–1649).[6]
Production of gim in Jeolla and Gyeongsang Provinces is reported in books from 15–16th century, including Revised and Augmented Survey of the Geography of Korea (1530) and Geography of Gyeongsang Province (1425). In these books, gim is mentioned as a regional delicacy.[7][8]
Early cultivation methods used bamboo or oak sticks. These were eventually replaced by newer methods that utilized nets. The method of using nets was first developed in the 19th century by a fish harvester who was inspired by gim that grew naturally on fish fences installed in the tidal waters of Wando, South Jeolla Province.[6][9] Gim cultivation continued to expand and spread throughout the southern coastlands of Korean Empire (1897‒1910).[6] Floating rafts have been used for mass production since the 1920s.

Seller_Mail
Introduction
Based on years of experience, Shape taste provides delivery and a/s through customer management first, creationist, and supremeistic creed Hello, I'm Park Junhee, the representative of the food. Shape flavor is a company that produces fun and various shapes of delicious food. I will take a step closer to you with young spirit and fresh ideas. I will do my best to become a company that does its best to provide the best quality and service, an honest company, and a representative company of Korea that can trust each other. 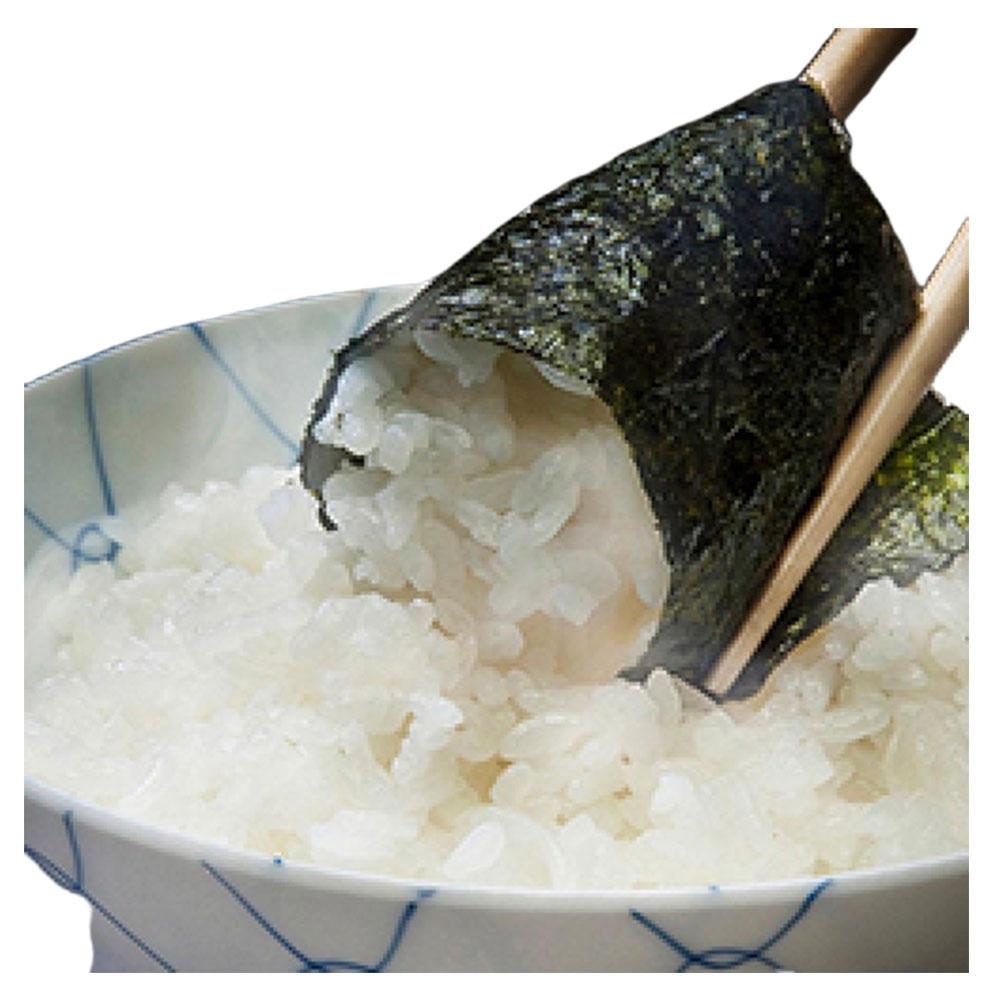 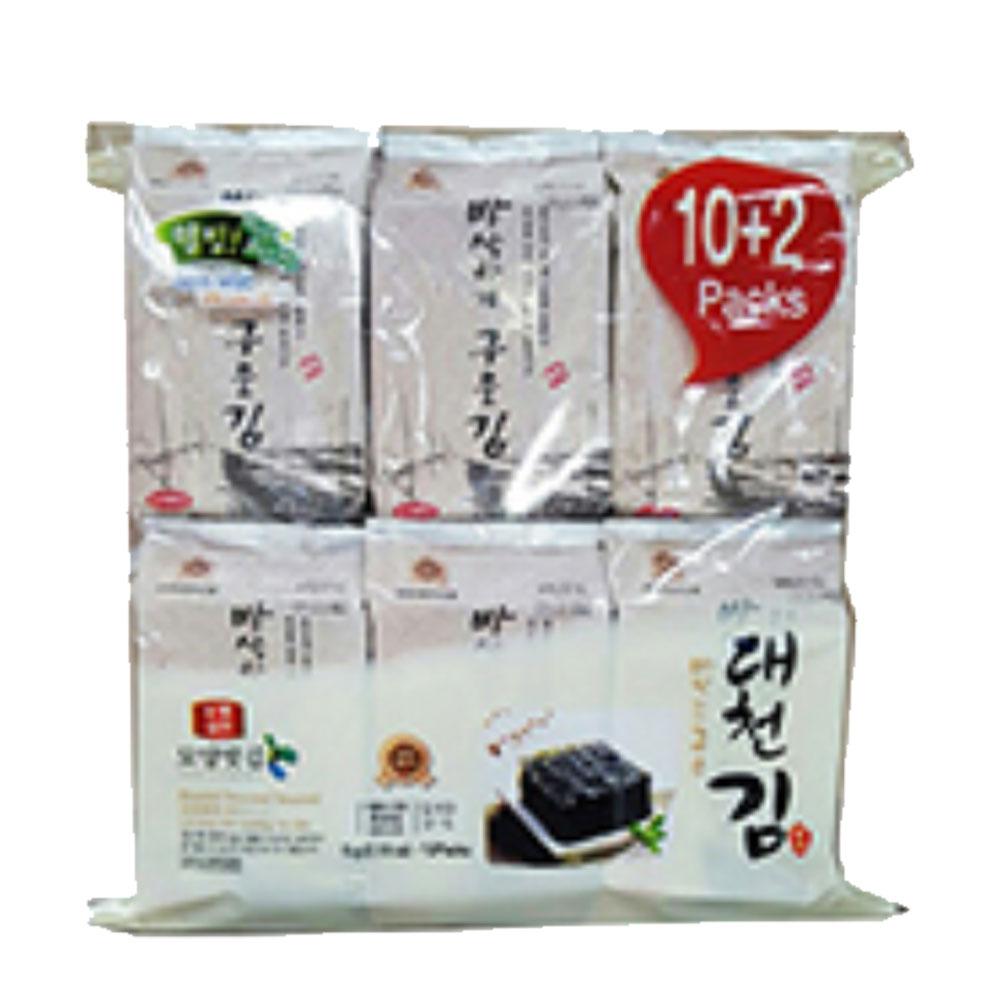 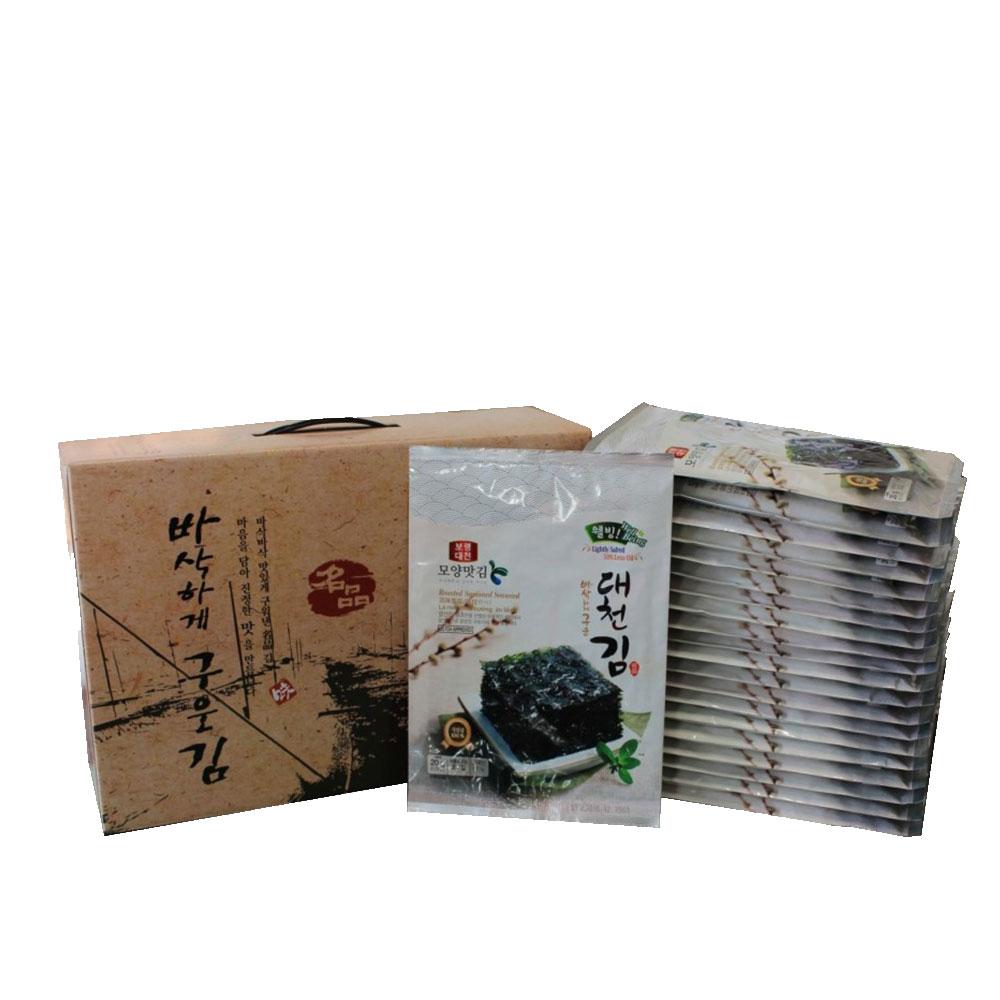