collaboration of jujube and red ginseng 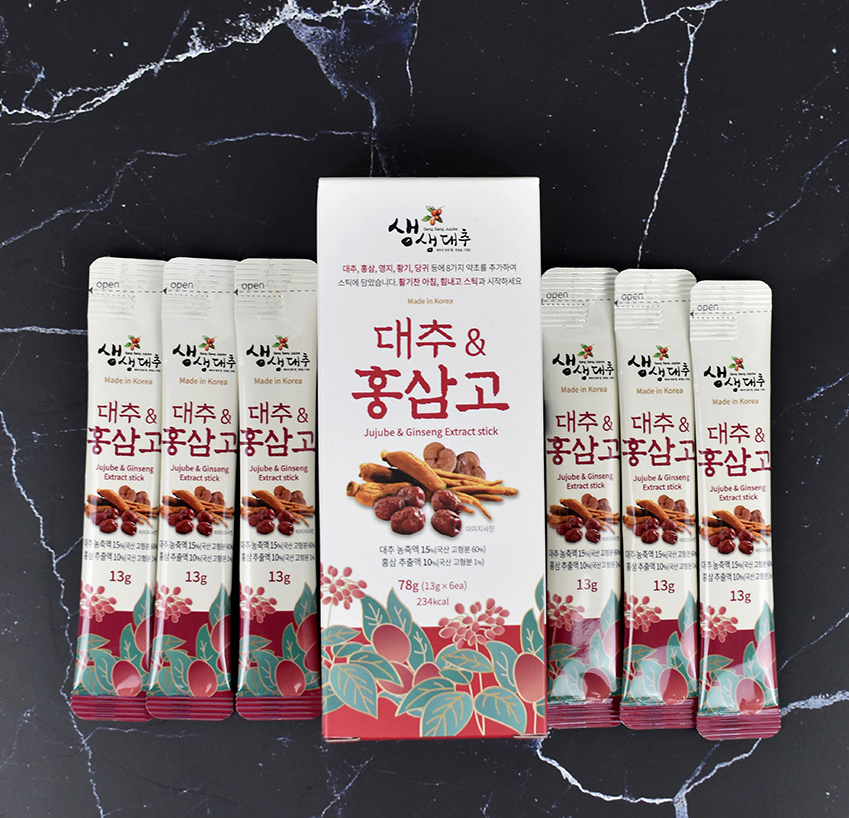 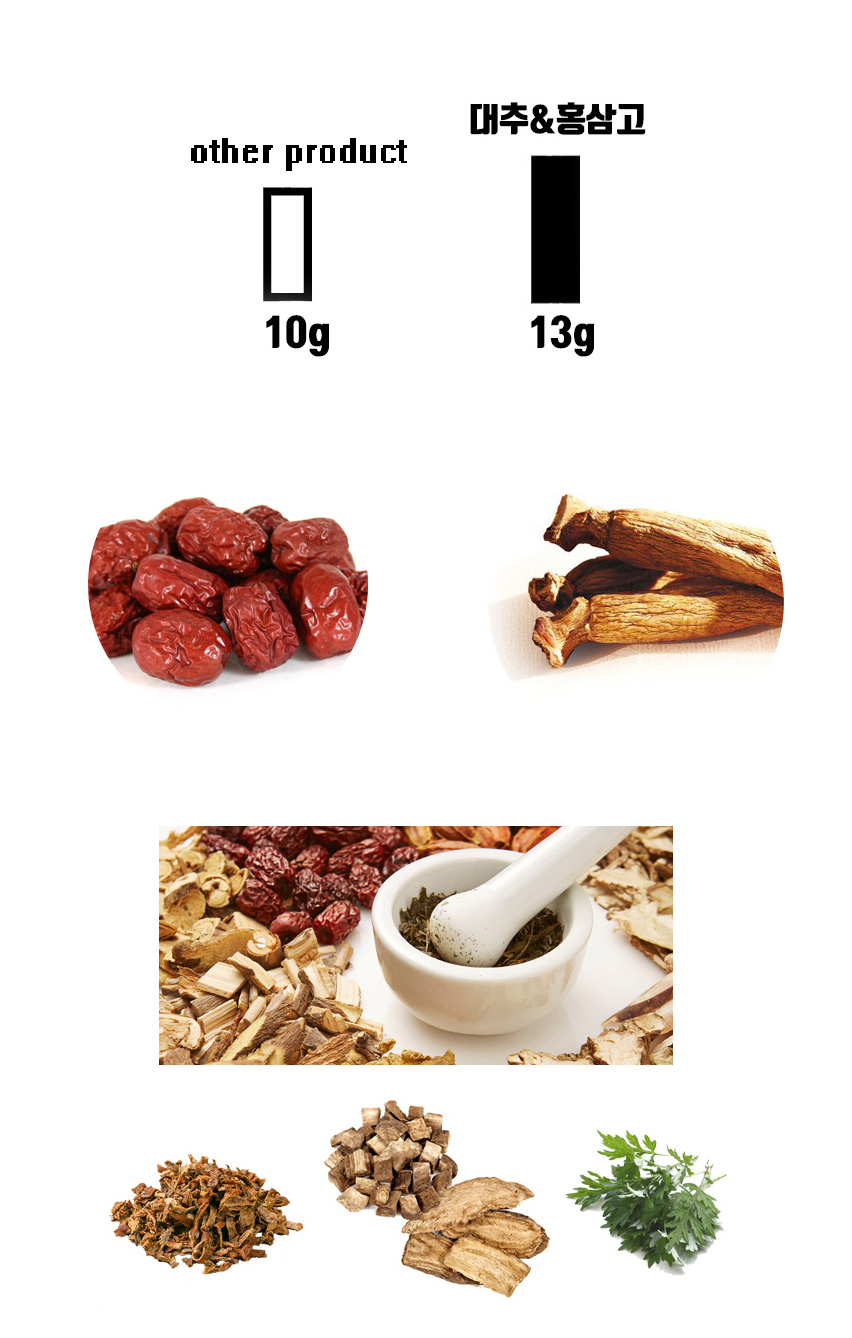 How to eat
1. Drink warm water to taste two or three times a day.
2. Squeeze and take one in the morning and one in the evening.
working process

1. Harvest autumn jujube and 6-year-old ginseng.
(It takes about four to eight days to turn ginseng into red ginseng.)
2. Concentrate jujube and red ginseng.
(In this process, concentrate about 10 days.)
3. Boil the product in a vacuum state.
(Boil at 70 to 80 degrees Celsius. When boiling in a vacuum state, the moisture is removed, leaving only the concentrated ingredients to complete the thicker product.)
4. Finally, it is placed in the form of a stick.
composition of goods

The Story of Jujube 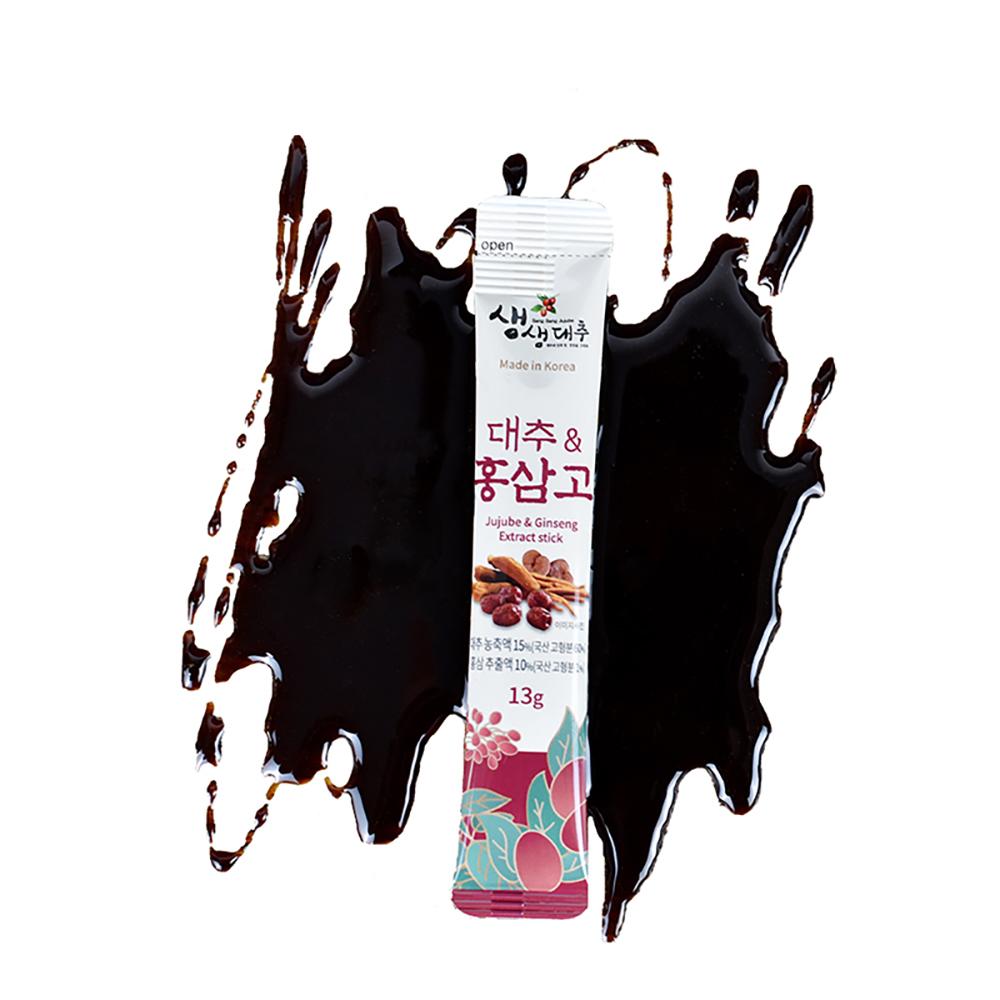 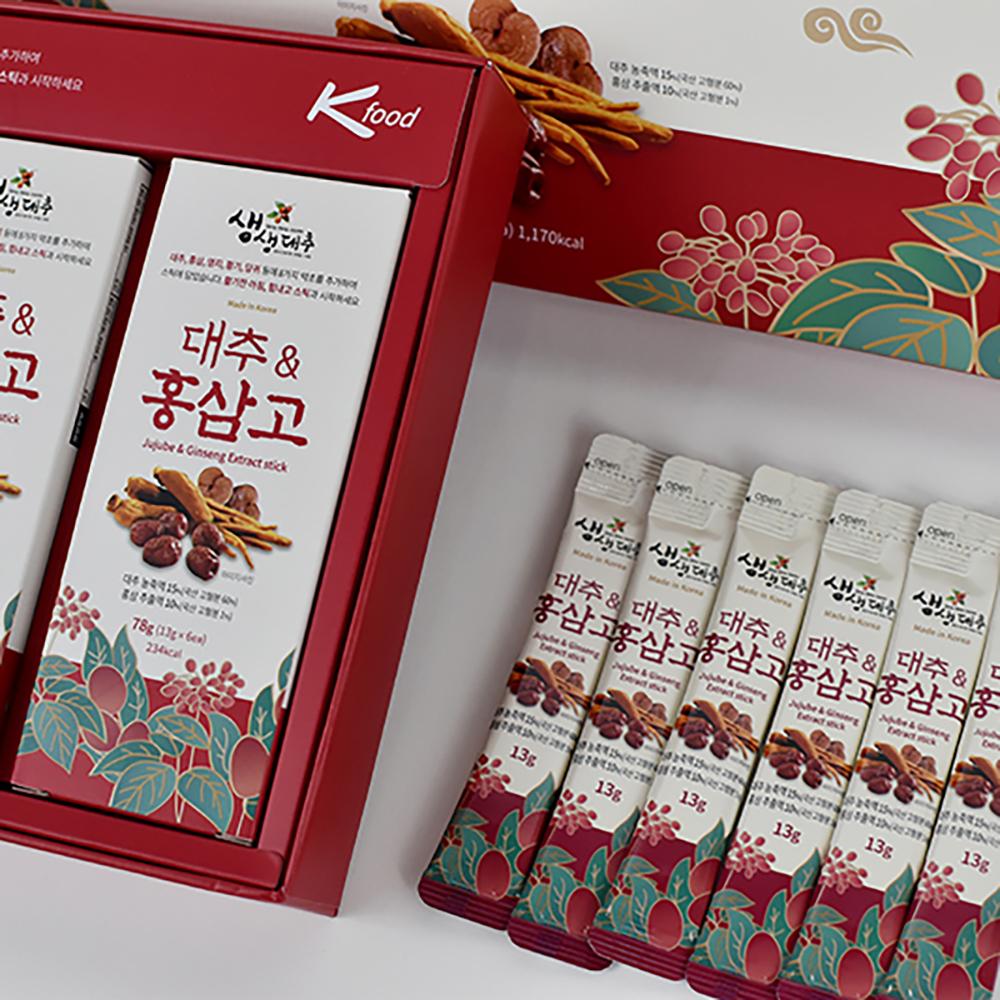 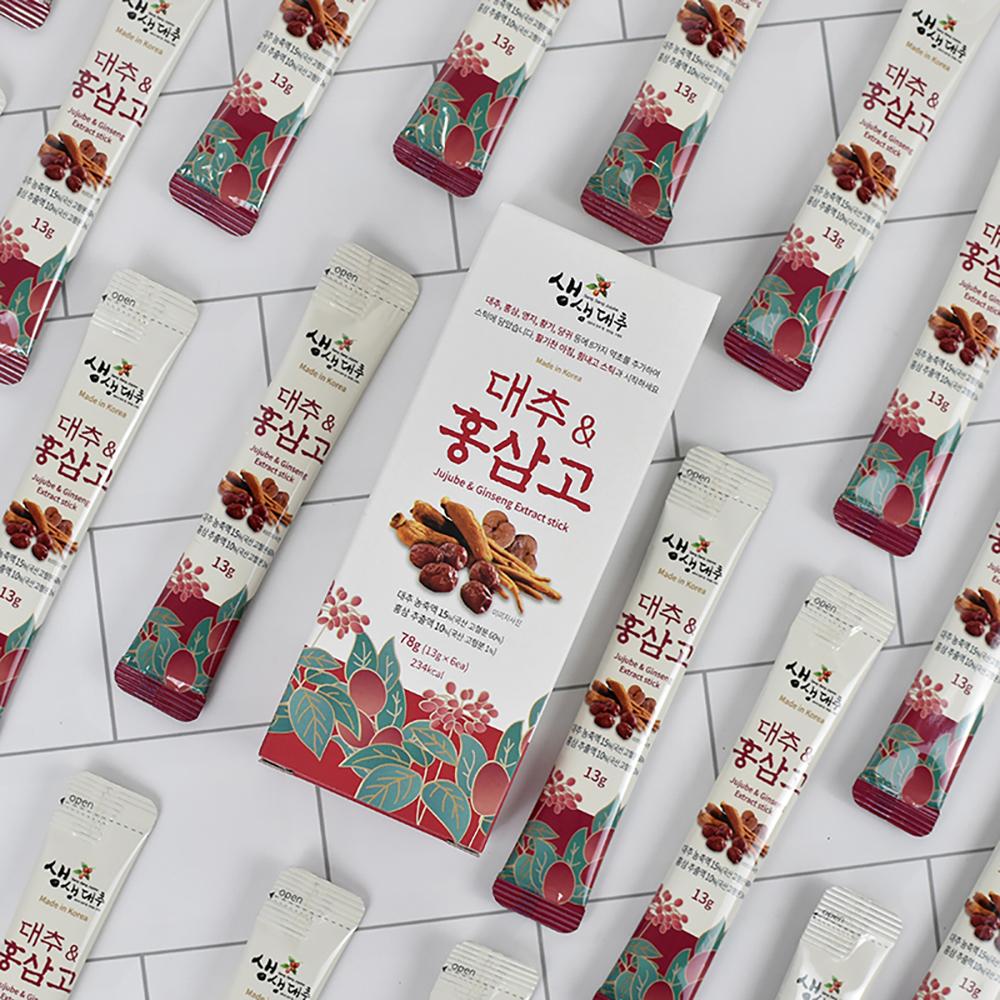