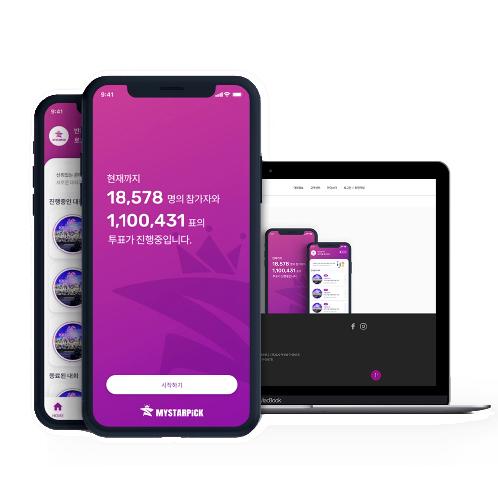 MyStarPick / Anti-Vote Tampering Audition Platform
#blockchain #audition voting #contest #K-POP #NFT
Description
No more vote rigging!
MyStarPick is a voting platform that can be trusted by all organizers, competition participants, and voting participants by automatically aggregating voting details using smart contracts and recording them on the blockchain.
It has been applied to major auditions and contests such as Miss Korea, Chunhyang Contest, and MUscle Mania, and has become a prepresentative audition platform in Kora, storing more than 1 million votes.
MyStarPick pursues the true popularization of auditions and contestes by providing opportunities to be with the stars I selected.
Vote for your star at the Global Representative Audition at MyStarPick!

Problems with existing text voting
① In the case of face-to-face voting, collation takes a long time and aggregation errors are likely to occur
② Traditional online, text voting is vulnerable to hacking and can manipulate results
③ As the influence of minority judges grows, the vote's credibility and interest also decline
=> It has structural limitations that cannot be free from unfair disputes because it is difficult for the majority of the public to participate in voting
Solutions

Using smart contracts, voting history is automatically collected by predetermined rules and recorded in the public blockchain to ensure reliable results
• Use a hierarchical encryption structure to allow regional winners to hold multiple competitions within a single platform, taking into account the characteristics of the competition entering the finals (Patent Registration No. 10-2120882)
• Create a ledger for external audit agencies to improve the fairness and reliability of voting by enabling comparative analysis with this ledger if there is an unfair dispute in voting

Offer solutions that increase confidence and box office success while increasing profitability
• Since there are people who are interested in the contest, there will be a promotional effect automatically when the competition is held on the platform
• Beyond the free voting rights provided by the organizer, paid voting rights are sold to users who want to vote additionally and the sales revenue is shared with the organizer of the competition
Field of application 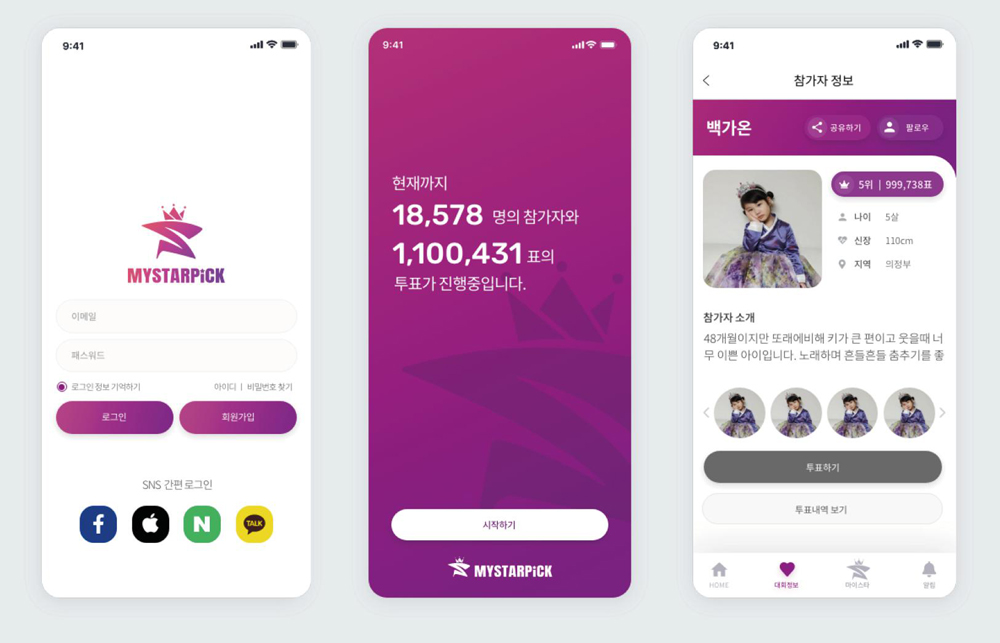 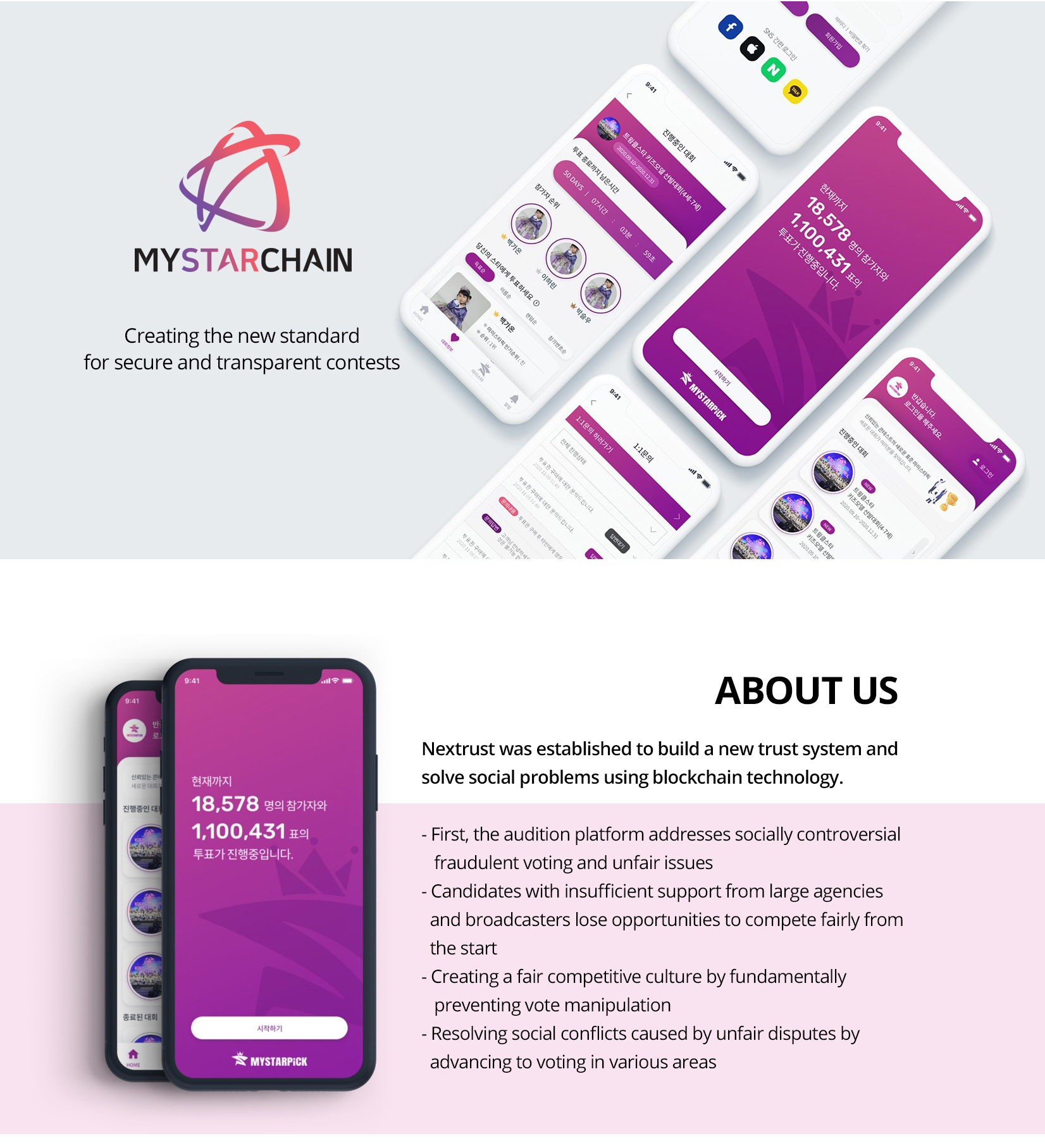 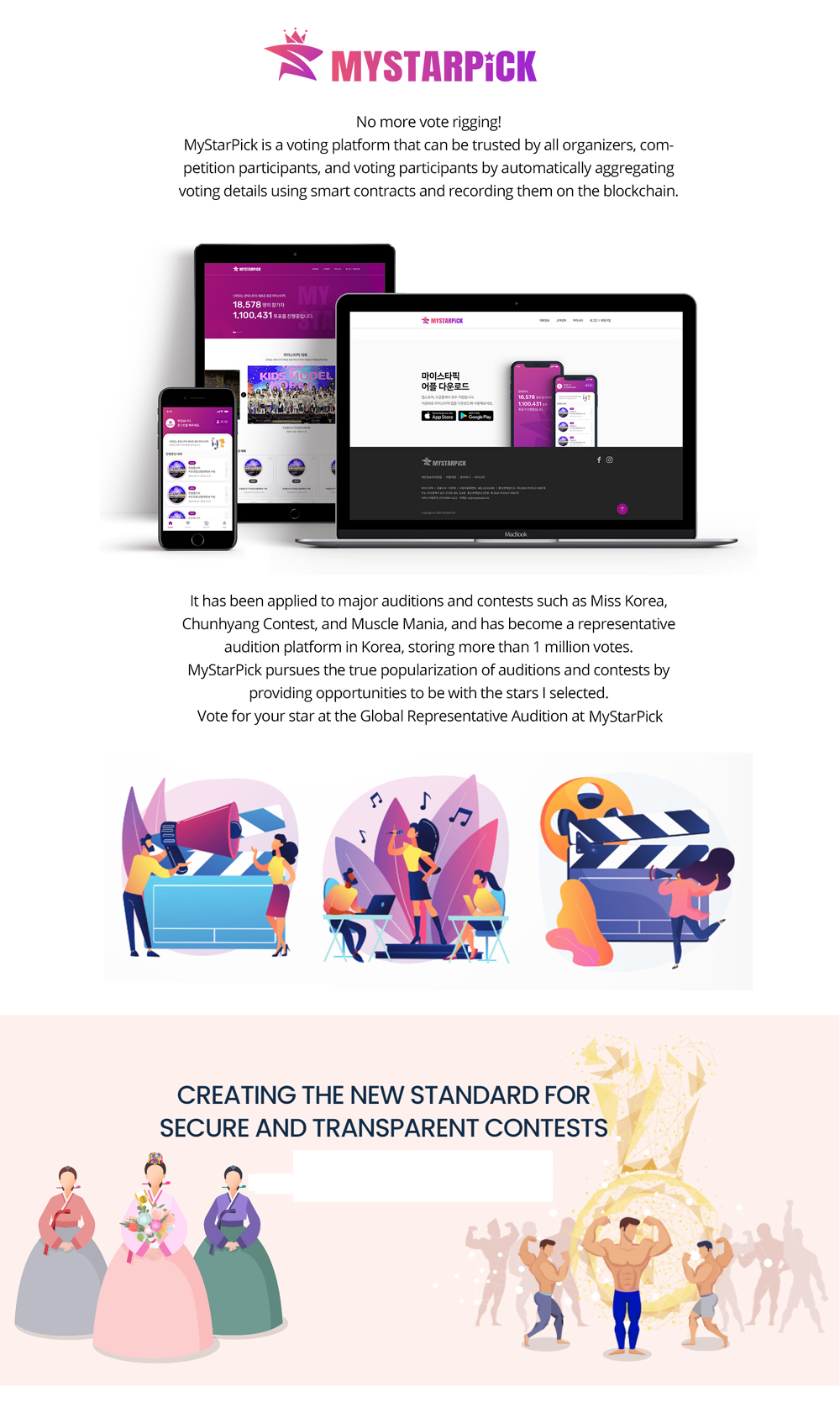 MyStarPick is a next-generation contest platform. Based on the blockchain technology, it overcomes unclear management and low popularity of traditional contests. The vote details are automatically collected and recorded on the blockchain network, preve

Shipping from : Republic of Korea
Nextrust 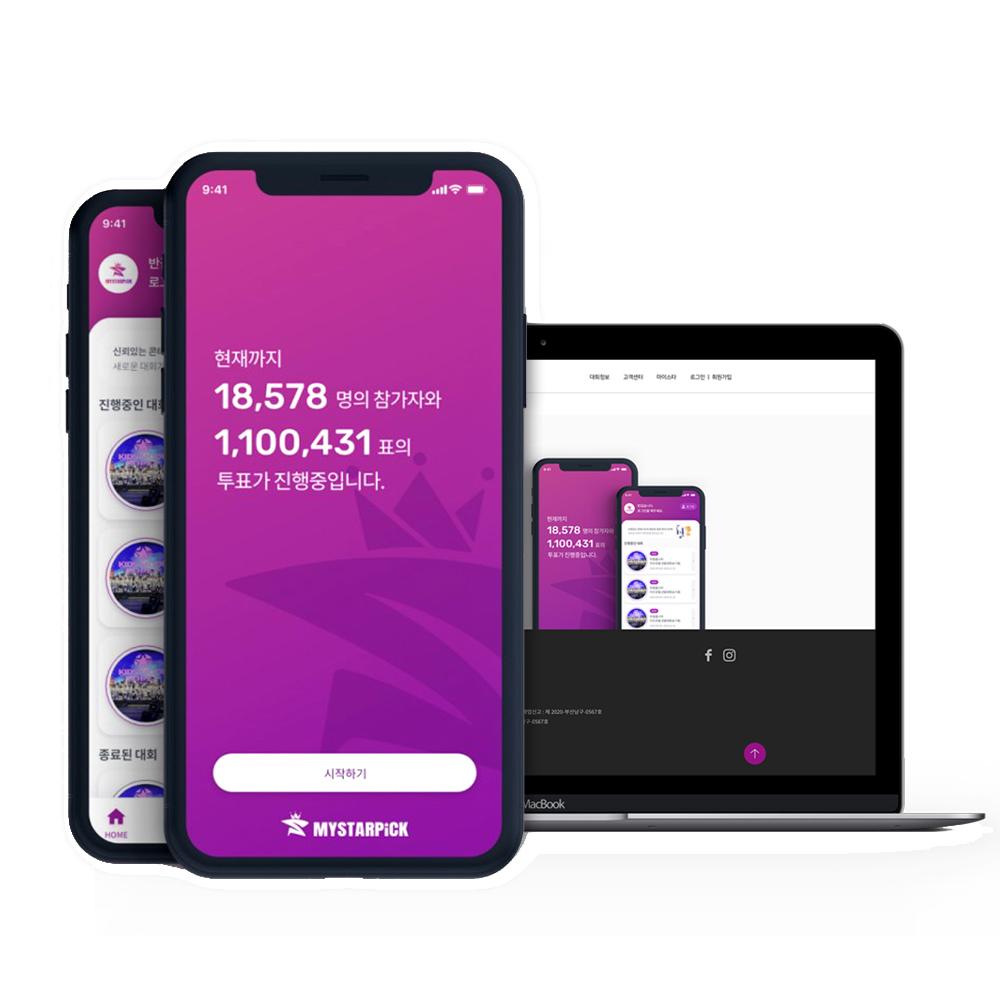 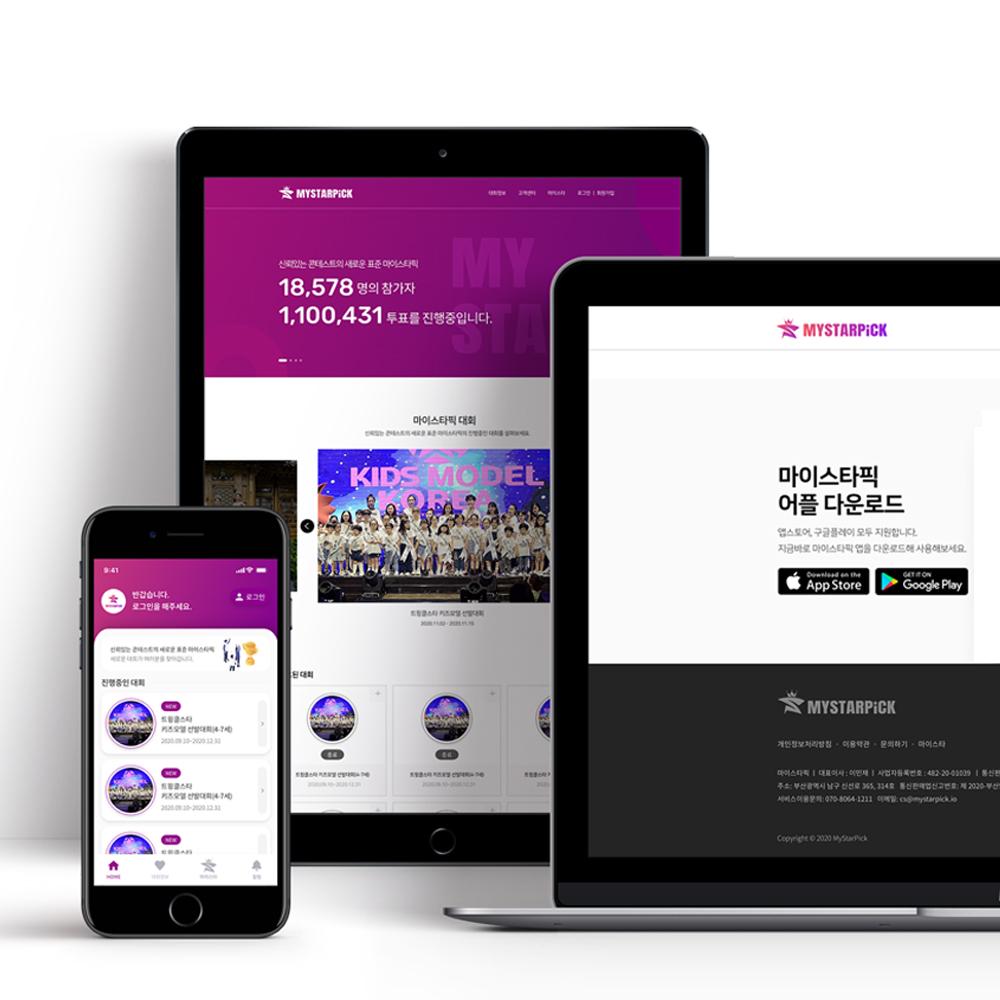 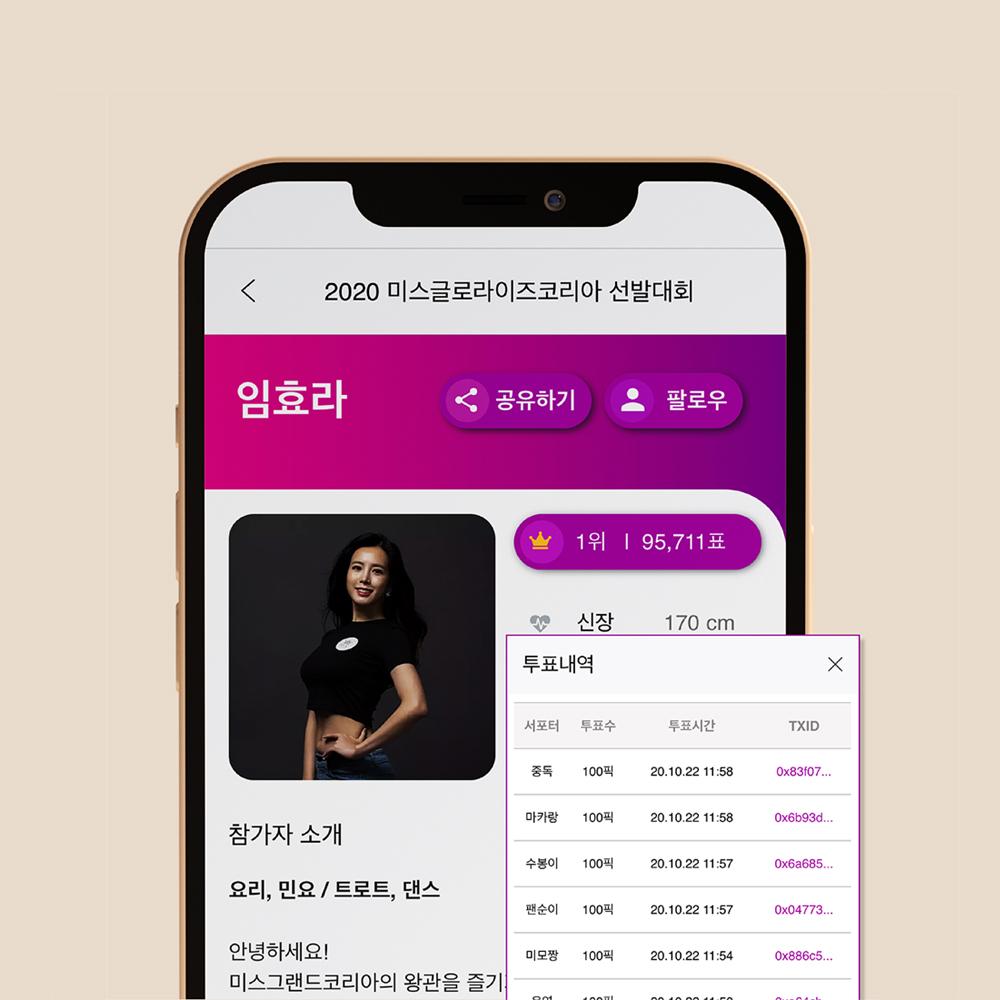 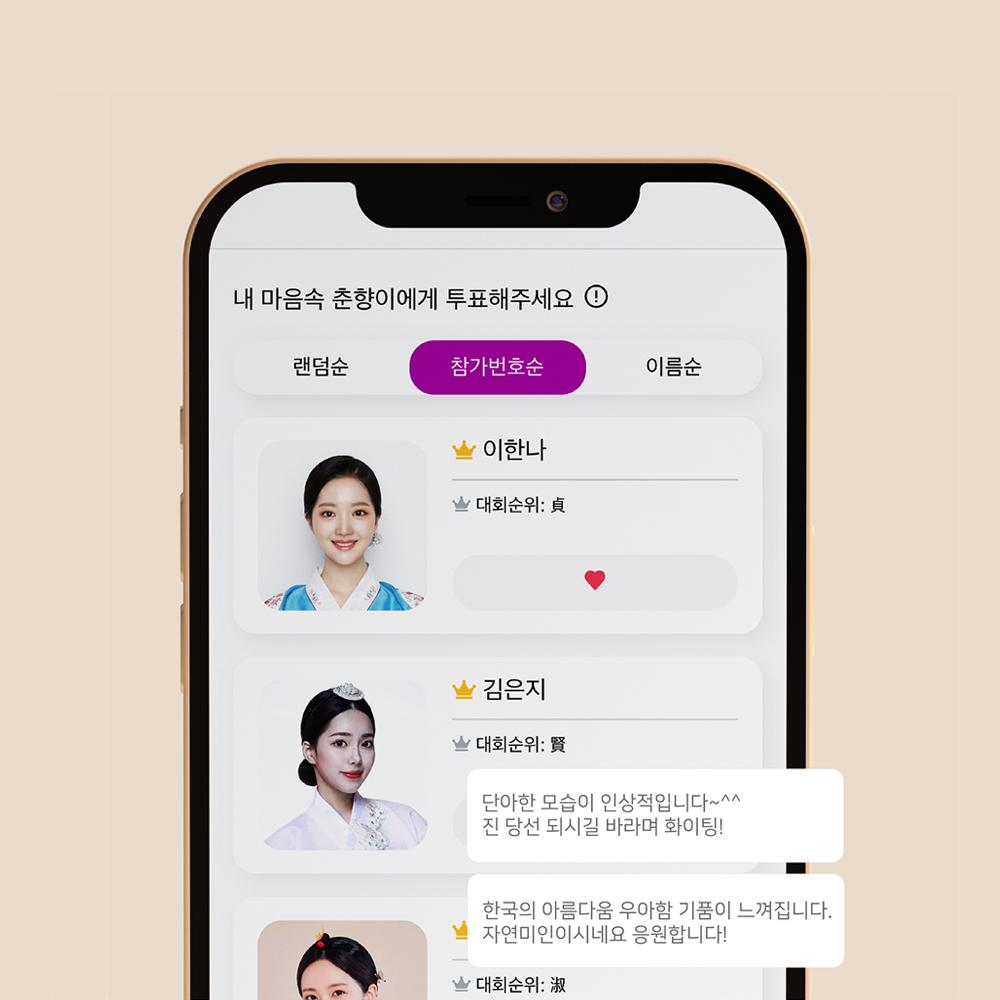 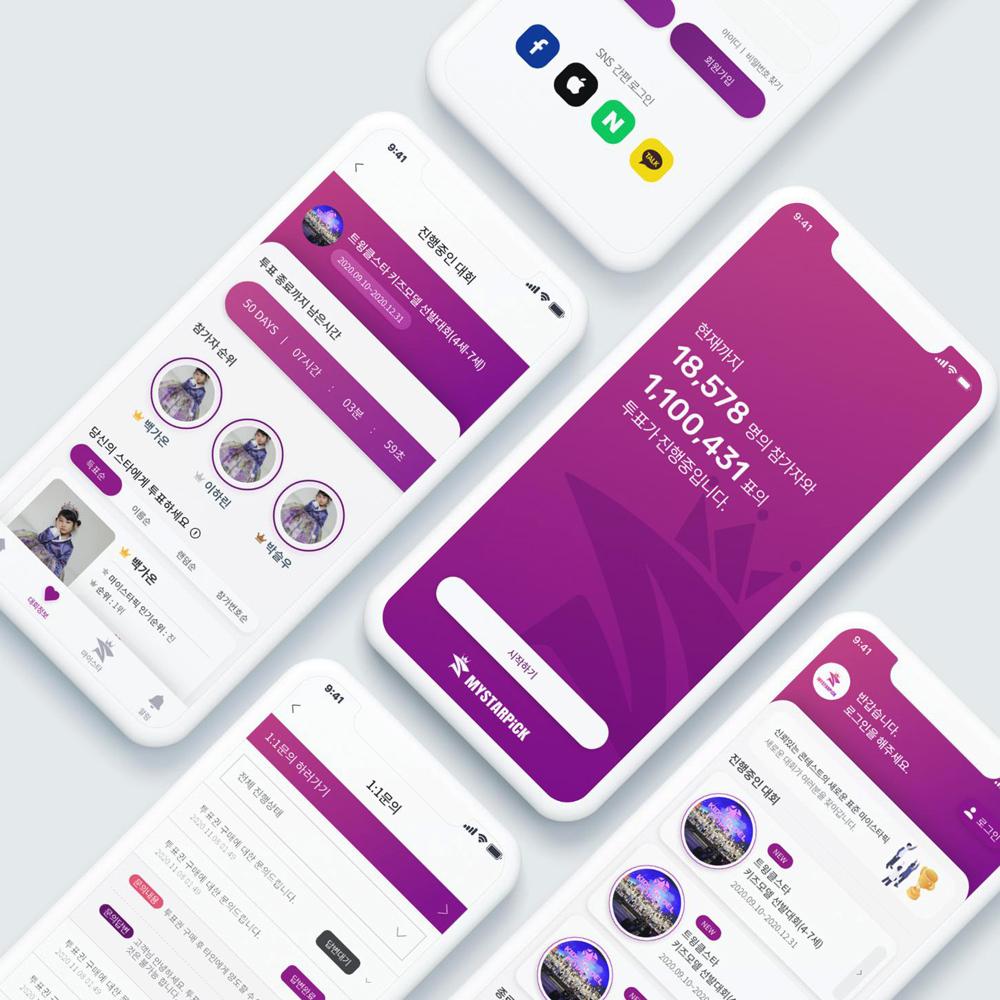